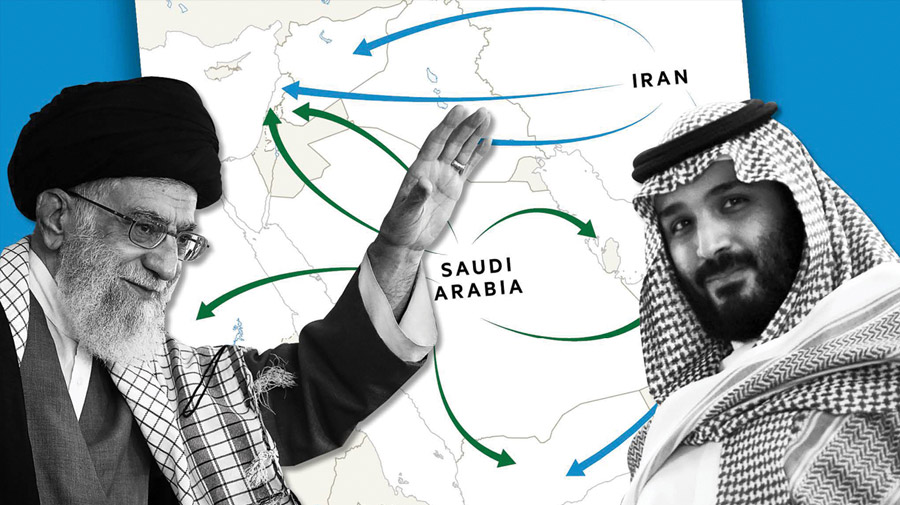 The September 14th strikes on Saudi Arabia’s Abqaiq plant and the Khurais oil field seemed a plausible response by Iran to a relentless media and economic assault waged against it by the Kingdom of Saudi Arabia (KSA) and its allies in the US administration and Israel’s Benyamin Netanyahu. Yet, almost two months later there is still no forensic evidence as to who carried out the attacks, and this for an incident that might well have sparked the region’s next war. Subsequently, Saudi Arabia has indicated a willingness to open talks with Iran through Pakistan and Iraq and also with the Houthi in Yemen to end what has been another hapless fiasco. The logical conclusion of poor policies of the past few years has been laid bare; the country that can’t afford a war has realized that it confronts a country with nothing to lose. Was this inevitable and can the Saudi-Iran relationship be reset anytime soon?

Saudi-Iran relations have always required careful management even before the 1979 revolution when Iran was economically integrated into the region and closely allied with Israel and the US. The Saudis, and the Gulf States broadly, were relatively young countries, institutionally weak in every sector, had no comparative industrial advantage with Iran and culturally could not compete with their neighbour which laid claim, often arrogantly, to being a civilization. After 1979 relations quickly soured with the post-revolutionary state which inspired both Shi’a and Sunni Islamic movements across the region and was seen as a direct threat by many states. But, even here Saudi-Iran relations were not destined to enmity. The Islamic Republic’s 5th President Mohammed Khatami regularly conferred with Saudi King Abdullah bin Abdulaziz and there was some optimism, unrealized, that President Hassan Rouhani at the start of his first term in 2013 could inject some balance.

However, the region had changed in two seismic ways. The 2003 US invasion of Iraq dismantled a Sunni minority state, and democracy determined the rest. Iraq’s complexion changed seemingly overnight and Shiite political parties have since led the country. The Arab uprisings also rocked Saudi Arabia and the United Arab Emirates (UAE) and its aftershocks continue today with vigorous demonstrations in Lebanon and Iraq, new political transitions in Algeria and Sudan and violent conflict in Libya, Syria and Yemen. And, the collision of both the 2003 invasion and the 2011 uprisings saw the emergence of ISIS which was so virulently anti-Shia that it broke with Al-Qaeda.

Throughout this, the Saudis were quick to blame Iran for much of the region’s woes. Domestic calls for reform within Saudi were cast in a sectarian light and Iran was accused of orchestrating a Shia crescent from Tehran to Beirut through demographic change and militia conquest, and capturing Saudi’s southern flank through support to the Houthi. Equally threatening was the phenomena of the Muslim Brotherhood who briefly took power in Egypt and Tunisia and who stood ready, with guidance from Turkey and funding from Qatar, to come to power legitimately wherever democratic elections emerged. Saudi and the UAE were chief architects in a counter-revolutionary strategy to emasculate the Muslim Brotherhood wherever they could. They supported the coup against President Morsi of Egypt and ultimately conspired to blockade Qatar in 2017.

On its side, Iran sees regional developments as a product of foreign meddling and local mistakes. The US invaded Iraq and Afghanistan. Al Qaeda and ISIS are Sunni challenges as is the Muslim Brotherhood and the ongoing Qatar blockade. Iran sees an existential crisis in the Sunni world and by default its rising influence in the region as a consequence of the errors of others.  But that is going too far. When the Houthi took Sana in late 2014 an Iranian parliamentarian publicly proclaimed that Iran now controlled Baghdad, Sana, Damascus and Beirut. This came as a complete surprise to the citizens of these countries but it hasn’t stopped Benjamin Netanyahu from echoing the same refrain. The Iranians are supporting the Houthi and they are active in Iraq, Syria and Lebanon. But, what is genuinely shocking is what they are able to achieve at such little cost. There are only a thousand Iranians in Syria for example, hardly an expeditionary force. Annual assessments of the balance of forces between Iran and the Gulf states by the Center for Strategic and International Studies, a Washington think-tank and a recent RAND Corporation study come to the same conclusion.

The JCPoA negotiated between the UN Security Council members + Germany and Iran was intended to remove the prospect of another war over Iran’s nuclear enrichment. In return Iran would have economic sanctions lifted, Foreign Direct Investment would revitalize its oil and gas infrastructure and Iran would be integrated into the global economy. The most comprehensive non-proliferation agreement ever, its critics still took umbrage at its failure to address Iran’s ballistic missile capability or curb Iran’s regional activities. In May 2018 the Trump administration withdrew from the JCPoA in May 2018. The subsequent ‘sanctions war’ has led Iran back to a path of pursuing enrichment and suspended the habit of cooperation achieved through negotiations, to deal with regional concerns. The blithe withdrawal by the US from the accord, with the encouragement of Saudi Arabia and against the wishes of all other signatories, suggests that Iran’s nuclear enrichment is not the main concern guiding the US and Saudi policy here.

Since 2015, the royal house of Saud has undergone a generational transition in the traditional line of succession. Crown Prince Mohammed Bin Salman, stands to be the next King. The Crown Prince has initiated overdue and ambitious reforms which require Saudi nationalization and diversification of the economy and radical growth of the private sector. Optimistically called Vision 2030, the most sober analysis suggests a timeframe of decades before these reforms can diversify the Kingdom into productive areas other than oil and ensure a reasonable standard of living for its growing population.  In parallel, a global energy transformation is underway that might hasten the turn toward renewable energy sources. An unprecedented abundance of oil and natural gas could depress prices just when Saudi needs to maximize the value of what it has. In this context, Iran’s normalized re-entry into oil markets would further drop prices when the world is moving away from fossil fuels. Hence, a hedging strategy for Saudi Arabia would be to support policies that keep Iran’s energy resources in the ground.  This is the one reading of a range of bad choices that Saudi (and the US) has made, that makes sense.

In the meantime, Iran is hurting. But it hasn’t collapsed. In a recent interview, the governor of Iran’s Central Bank spoke credibly of Iran weathering the worst of the sanctions. The Rial has appreciated 40 percent since its 2018 plunge; the official and open market rates have been unified, inflation has stabilized at 23 percent and the banking system is being reformed. And, the IMF has forecast a 9.5 percent contraction in the Iranian economy for 2019 but expects it to do better in 2020 because of the robustness of the internal economy, separate to the energy sector.  Elsewhere, the UAE has struck a maritime security deal with Iran and is going its separate way in Yemen. Russia has initiated with Iran a SWIFT system for bank transfers in local currencies. The Trump administration’s plans for a Middle East NATO to confront Iran is dead in the water. It seems inconceivable that the Trump administration has the bandwidth to manage a renegotiation of the JCPoA despite the claim that this has been a genuine goal.

Saudi Arabia might be wary of sharing the Gulf with Iran, but it cannot afford another war. By giving it something to lose, through local bilateral understandings, the relationship might be managed in the short term.