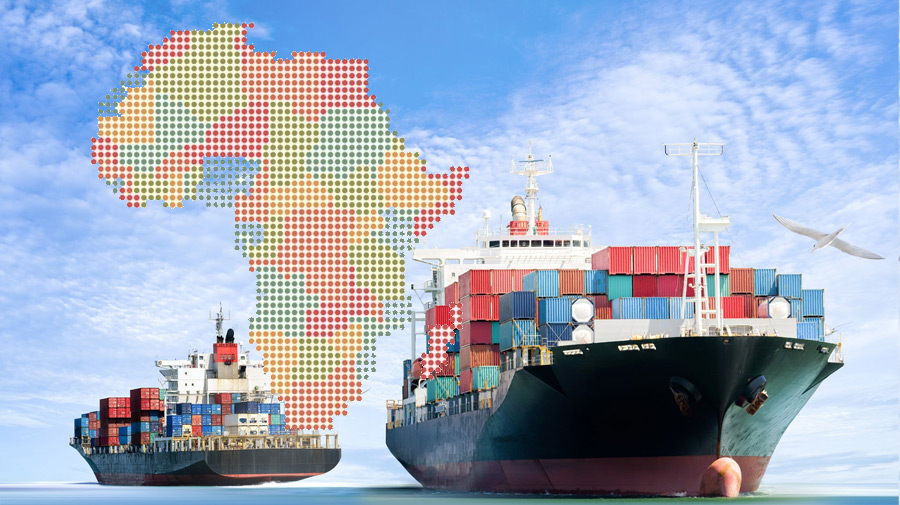 Undoubtedly Africa is slated to be the next big thing in the latter half of the 21st century as it would provide consumer market with 1.7 billion people of over $6.7 trillion consumer and business spending by 2030 and investment opportunity of over $100 billion a year after discounting for the domestically generated funds for the infrastructural needs across 55 countries.

There is no doubt that the scope and potential for a mutually beneficial engagement between India and Africa is of continental proportions. This potential presents an opportunity and challenge at the same time. For almost seven decades after coming out of colonial bondage, the two realised early on the need and matrix of cooperation. India wished to share the progress and capacity she had achieved over decades and even though not a country known for capital transfers tried its best to assist her African partners in achieving their desired developmental objectives.

India’s wide-ranging capacity building programmes under the ITEC, NEPAD and Pan Africa e-Network projects contributed a great deal for the African countries in an asymmetric and non-reciprocal way. Subsequently, to institutionalise and develop tailor-made programmes of cooperation in accordance with the wishes of the African friends themselves, India–Africa Forum Summits have been organised. Institutionalised interactions both in bilateral and regional as well as multilateral formats have been devised. However, the timely implementation and bridging of the gap between announcements and execution through a constant follow up monitoring mechanism with the participation of the two sides is a given and needs to be pursued with greater vigour. India has decided to open 18 new diplomatic missions to ensure its direct outreach and in accordance with the importance, it attaches to the Indo-African partnership and quest for growth and development.

Undoubtedly Africa is slated to be the next big thing in the latter half of the 21st century as it would provide consumer market with 1.7 billion people of over $6.7 trillion consumer and business spending by 2030 and investment opportunity of over $100 billion a year after discounting for the domestically generated funds for the infrastructural needs across 55 countries. According to the AfDB economic outlook report 2018, Africa now collects $500 billion in tax revenues; $50 billion in foreign aid and $60 billion in remittances and almost the same in FDI. Yet the inherent sub-regional, administrative, bureaucratic logistical, connectivity as well as security challenges remain, that have stunted the integration and growth so far, and will have to be addressed in a more concerted manner. This hopefully would be addressed with the signing of the African Transcontinental Free Trade Agreement (AfCFTA) which has ambitious yet achievable targets.

At the same time, several African countries are on a high growth trajectory. Out of the 10 fastest growing economies, at least five are in Africa which will have a multiplier effect on the regional requirements and output. Growth has been present throughout the continent, with over one-third of Sub-Saharan Africa countries posting 6 percent or higher growth rates, and another 40 percent growing between 4 percent to 6 percent per year. Several international business observers have also named Africa as the future economic growth engine of the world. Hence the global attention is obvious. India is seen as the fastest growing major economy in the world and given the fact that the two have over 6 percent of youth population with huge aspirations the synergy if channelled properly could make the India-Africa Partnership a defining one in this century.

One of the key problems was lack of high-level visits and interaction from India to Africa in general that left a bad taste among the African leaders many of whom held India in high esteem and had been educated and trained in India. Fortunately, the trend has been reversed. We have seen a spate of interactions at different levels from both sides. Under PM Modi, India developed an ambitious agenda of mutually beneficial cooperation from trade and economic collaboration to capacity building. During the last five years, more than 26 outgoing visits by Indian President, Vice President and Prime Minister and dozens of ministerial interactions have taken place and dozens of incoming visits of Heads of State from Africa is a testament to the “Africa Focus” in the Indian foreign policy establishment. It is a fact that relations with the continent are at their best in over five decades with several institutional mechanisms like India Africa Forum Summits and an unprecedented capacity building assistance in place. Our trade at $62 billion witnessed 22 percent growth last year with over $55 billion in crucial investments. India has committed over $ 10 billion in Lines of Credit for important projects and over $600 million in grants as well as 50000 scholarships for Africans in India. The second phase of the e-network project has been launched.

Prime Minister Modi, while speaking at the Parliament in Kampala in July 2018 outlined his Africa vision through the ten guiding principles which include: Africa is among top priorities for India and momentum of cooperation will be sustained through regular exchanges; development partnership as per African priorities; preferential access to Indian markets for African products; assist in harnessing digital revolution in Africa; improve Africa’s agriculture potential; fight climate change together; work together to keep oceans and maritime lanes free for all; Africa instead of becoming a theatre of competition should become nursery for its youth; and aspire and work together for a just, representative, democratic global order. These are ideal, achievable and collaborative policies that dictate a paradigm shift compared to other big powers who are trying to get into the ‘Gold Rush’ for exploitation by way of neo-colonialist approaches. India could collaborate with Africa to meet the challenges of technology gaps and incoherence of geopolitics. As such in the new paradigm of Indo-Pacific, India considers western Pacific to extend to the eastern coast of Africa with the Indian Ocean at its centre which will dictate its strategic footprint. India is ready to work with its like-minded international friends like Japan, S Korea, US, UK, France, UAE and Saudi Arabia by aligning and synergising her strengths with theirs for the benefit of Africans. Horizon looks brighter already as Africa Focus continues.