Paraguay A gateway for India to explore businesses in Mercosur 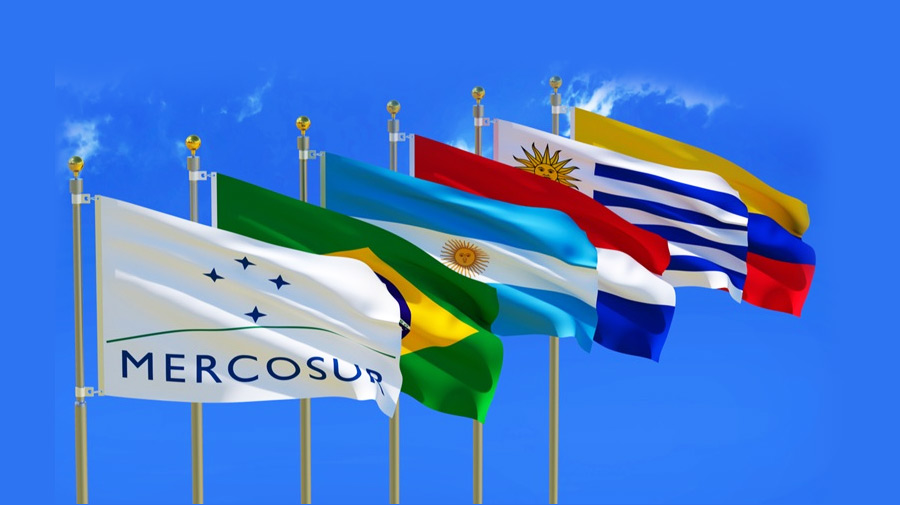 India and the South American Common Market (Mercosur) seem to be re-launching their partnership in 2019. In March, the Vice President of India Venkaiah Naidu visited Paraguay. After the presidential elections in Paraguay and Brazil, the authorities of Mercosur and India resumed the trade talks in order to extend their tariff preferences agreement in force since 2009.

Mercosur is India’s main trading partner in Latin America. Trade flows between Mercosur and India grew 252 percent since 2008, reaching a record level of US$ 14 billion in 2017. The expansion of trade has been balanced, with no chronic trade deficits for any of the partners. Indian exports to Mercosur are concentrated in chemical, plastic, pharmaceutical, steel, automotive, textile and apparel sectors, while India imports soybean oil, oil, sugar, mining and steel products from Mercosur. Throughout these years, the importance of the Indian market for Mercosur exports has grown. Today, India is the sixth largest foreign market for Argentine and Paraguayan exports, accounting for over 3 percent of its global exports. India’s increasing purchasing power, growing middle class and the new Indian Government’s market approach indicate an important potential for strengthening trade and investment flows with these countries.

Despite India and Mercosur having great potential for productive complementarity; both partners have to overcome several obstacles to achieve this. Currently, the trade preferences agreement is limited, granting preferences of no more than 20 percent of their value to 527 products in the Indian market and 461 products in the Mercosur market. Both trading partners aim to expand mutual market concessions to around 2,500 products, along with a higher level of liberalization of preferences. This objective is an important initiative when world trade is losing its dynamism.

The Mercosur countries share the condition of having a limited number of trade agreements concerning only trade in goods with India. In many cases, the rules of origin of these trade agreements no longer respond to the dynamic reality of global value chains. Global value chains require comprehensive rules that regulate trade in goods, services and investments at the same time. A new agreement should take into account this new reality.

At the same time, the potential future agreement should establish preventive measures, such as agricultural or industrial safeguards. Agricultural safeguards are an essential issue for India, as was clear during the WTO Doha negotiations. Understandings around these issues can produce dynamic effects on other strategic economic negotiations such as India’s and Mercosur’s advanced negotiations with the European Union, or their talks in the WTO’s G-20.

The distance between Mercosur and India requires shared efforts to support infrastructure construction projects that encourage and sustain the expansion of trade and business. BRICS´s New Development Bank and the Asian Infrastructure Investment Bank (AIIB) are boosting the cooperation and the business opportunities between Mercosur and India. Indian support for the future accession of Paraguay, Argentina and Uruguay to the New Development Bank would increase the bank’s investments in sustainable infrastructures for interregional integration.

The liberalization of trade flows between Mercosur and India is fundamental for strengthening the complementarities between democracies in the developing world. In trade terms, BRICS can be seen as a ‘hub and spoke’ structure, where Brazil and India are spokes and China is the hub. The strengthening of Indo-Atlantic trade understandings can be a strategic response to China’s growing prominence. More trade among large developing countries can boost our economies and strengthen our market position in the global arena.

In this context, Paraguay could be an excellent gateway for India to explore businesses in Mercosur. Paraguay is a small landlocked economy, but it has been the most dynamic of the regional block over the last decade. Foreign companies in Paraguay enjoy a simple tax regulation, with a reduced amount of tax rates, the lowest import tariffs on inputs and capital goods in the trade bloc, and the least bureaucratic business environment among the Mercosur countries. Also, Paraguay has favorable rules of origin that allow up to 60% of aggregation of extra-Mercosur origin, giving foreign companies many opportunities to produce Mercosur products with a high content of extra-bloc inputs.

Indian companies can find business opportunities in many sectors in Paraguay, particularly in pharmaceutical, metallurgical, agriculture, assembly and services. For example, Paraguayan pharmaceutical companies already make extensive use of Indian supplies. Indian companies are associated with Paraguayan companies in joint ventures in the plastic and pharmaceutical sectors. The direct presence of Indian pharma companies in Paraguay could expand the population’s access to generic medicines, also accessing Mercosur’s broad public procurement market. There are also opportunities in the steel sector: proximity and low cost of access to Brazilian iron ore through the Paraguay – Paraná Waterway and access to cheap and sustainable electric power generated by the Itaipú and Yacyretá Hydroelectric Plants make Paraguay an excellent place for production. India’s Vemarcorp is the first steelmaker to produce recycled steel in Paraguay and one of the companies that mostly consumes the economical and sustainable electricity from Itaipú, one of the largest hydroelectric power plants in the world. Another sector with great potential is agriculture: Indian companies producing organic fertilizer and agriculture machinery could help to raise the productivity of commercial and family agriculture in Paraguay, a country increasingly aware of the sustainable environmental challenges of agriculture. In the service sector, the future Center of Excellence in Information Technology in Paraguay will show the potential for cooperation.

Paraguay has a very attractive tax regime for foreign investors to provide goods and services from Paraguay to the international market: the Maquila regime. In this system, a legally established company in Paraguay, the Maquila Company, produces goods and/or provides services on behalf of a company based abroad, named as the Head Office. The maquila tax regime can be an interesting tool for Indian investors in the auto parts and electro-electronics industry, as well as for service exporters interested in exploring the possibilities of a diversified regional market.

Despite all these opportunities, Paraguay is the only country in Mercosur without a bilateral investment agreement with India. An investment agreement that seeks an appropriate balance between the protection and promotion of investment could become an important framework to better exploit the business possibilities between both nations. Furthermore, Vice President Naidu’s visit to Asuncion opened new horizons for cooperation and business opportunities in strategic issues between India and Paraguay. For instance, Indian space cooperation with the new Paraguayan Space Agency and Paraguay’s access to the International Solar Alliance can strengthen Paraguay’s technological capabilities while giving Indian companies in space technology and solar energy sectors a substantial market advantage in Paraguay.

Author is a Researcher of the Center of Analysis and Dissemination of the Paraguayan Economy (CADEP) – grojas@cadep.org.py