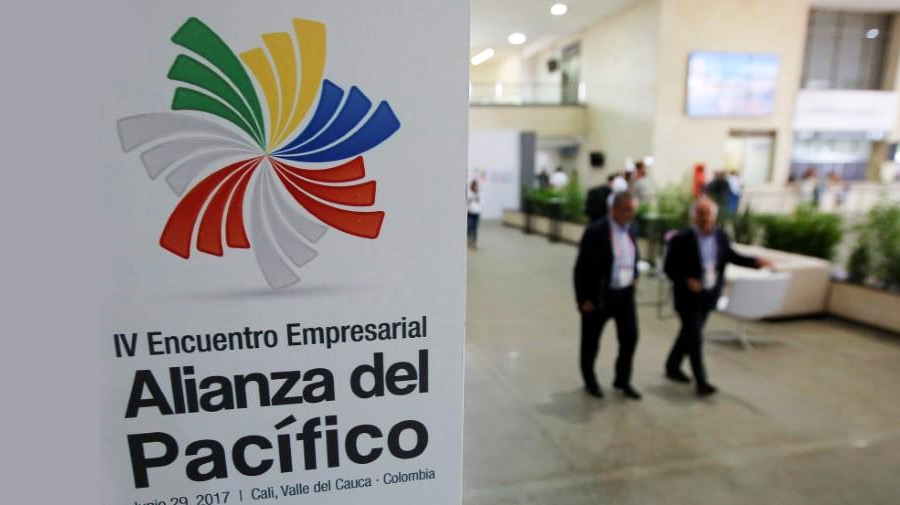 An economic partnership with the Pacific Alliance (Alianza del Pacifico) – a grouping of Mexico, Peru, Chile, and Colombia will benefit both India and the alliance.

The Pacific Alliance countries are keen to explore engagement with groupings like ASEAN, with the aim of deepening cooperation which will help in facilitating trade and investments flows between the respective regions. The main objective of the alliance is to allow free flow of goods, services, capital, and people as well as promote competitiveness, growth and social inclusion.

Despite the distance, India’s relationship with the region and member countries has witnessed marked improvement. India enjoys observer status at the annual summit and has always been represented by its envoy. India became an Observer member in 2014.

Objectives of the Alliance

This was created in 2011 and the focus of this alliance is on free trade, economic integration and free movement of people within the bloc. And to further strengthen free trade with a clear orientation towards Asia. As a bloc, the PA is the 8th largest economy in the world, 7th largest exporting entity worldwide. Since Mexico which is the second biggest economy in the world, members currently account for 37 percent of the gross domestic product in Latin American and the Caribbean. All these four countries are suppliers of important raw materials to India, mainly fuel and minerals.

Besides agriculture, fisheries, the PA which is turning out to be an integrated market offers Indian companies opportunities for collaboration in areas including agriculture and fisheries, SMEs sector, trade facilitation, pharmaceutical products and science and technology.

These member countries are politically as well as economically stable and have investor-friendly policies and tax incentives. And, in the Latin America region, these countries lead in the World Bank’s ‘Ease of Doing Business’ survey. Diplomats from these countries are keen on putting in certain procedures, such as facilitating ease of travel for business people into the alliance countries, reductions in tariffs, simplifying regulations, etc. to attract more investment into these countries.

They have also agreed to common Pacific Visas on the lines of the Schengen Visa, which can be issued by all the four-member countries to foreigners, which will be a valid document for traveling to all the four countries. India and the Pacific Alliance has the potential to touch $30 billion in trade soon.

Travel and work within the Alliance are also almost free of regulation for their citizens. The stock exchanges of Colombia, Peru, Chile, and Mexico are already integrated. A joint fund has been set up for tourism promotion; science and technology; scholarships; convergence in finance, telecommunications, maritime and air services within the Alliance members.

Today, the alliance accounts for 40 percent of its trade with Latin America and has been growing rapidly. Mexico, Colombia, Peru, and Chile are the second, third, fourth and fifth largest destination of India’s exports in Latin America, after Brazil.

India regularly sources crude oil from Mexico and Colombia and Chile and Peru are important sources of copper and gold imports. The PA has already attracted 30 Indian companies in the PA in areas such as IT, pharmaceuticals, energy, mining, and manufacturing.

Pro Tempore Presidency of the Alliance

Chile hopes to emerge as a key partner for India in the Indo-Pacific region amid efforts by the Alliance to explore cooperation beyond Latin America to thwart trade protectionism.

Earlier this year, India’s President Ram Nath Kovind had visited Chile where several agreements were inked in the fields of mining, culture, and disability. Both countries are negotiating the further expansion of India-Chile Preferential Trade Agreement (PTA).

With Chile as the founding member of the Pacific Alliance, and India holding observer status, ongoing talks for further expansion of the PTA will hopefully deepen relations between the two countries and also help in enhancing India’s engagement with the emerging trade bloc. Chile has identified climate change, digital economy, e-commerce and fight against corruption as its priorities finding common ground with India.

The Chilean President Sebastian Pinera has met PrimeMinister Narendra Modi on the sidelines of the G-20 Summits in Argentina last November and Japan in 2019 and at the recently concluded G-7 Summit in France in August. Chile is the sixth-largest trading partner of India in the Latin American region. The bilateral trade between the two nations registered an impressive increase of 50 percent in 2017-18, to reach $ 2.8 billion.

At the recent Pacific Alliance summit in Lima, Peruvian President Martin Vizcarra announced that Ecuador is expected to become a member of the market-friendly regional trade bloc next year. A key goal for Pacific Alliance leaders is to encourage closer links with MERCOSUR – another regional trade bloc that includes Argentina, Brazil, Paraguay, and Uruguay. Closer links between the two could create a regional economic powerhouse to rival the largest trade blocs in the world.

Chile already has a PTA with India. Colombia and Mexico have been approached by the Ministry of Commerce but it will take time. Both have countries have bilateral agreements with India on investment and taxation. India has started negotiations with Peru.