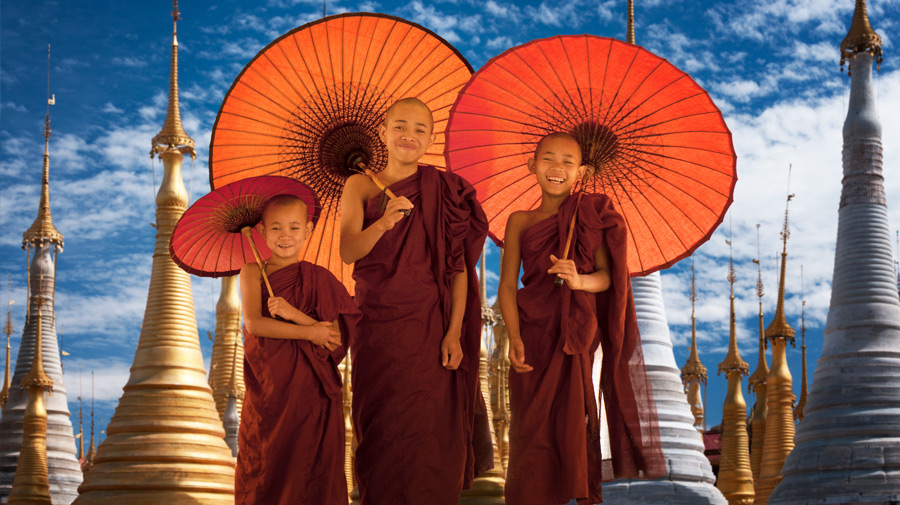 Myanmar-India relations have been long ignored due to our obsession of looking to our western border. It was a masterstroke by the P.V. Narasimha Rao’s government to inaugurate the Look East policy in 1993. This paradigm shift brought us to a region where we have no conflicts with any of the countries. Myanmar is our gateway to South East Asia and the Indo-Pacific regions.

Our North East is culturally closely knit with Myanmar and so is the Indian civilization and culture through Buddhism and Hinduism. The Look East policy became the Act East policy in 2014. This has in Bertil Linter’s words inaugurated the Great Game East between India, China for the struggle of Asia’s Most Volatile Frontier. In civilizational terms between Islam and Buddhism, the power and control of Myanmar for its gas and mineral resources and the access to the blue waters of the Bay of Bengal and the Indian Ocean regions through an isolated Myanmar by China. India opened up Myanmar from its isolation. History, geography, culture and colonial rule have brought us together. India’s North East shares a 1643 kilometres land border. Maritime relations with Tamil merchants from the Sangam periods and later the Indian diaspora are well known. The Myanmarese script is close to the Indian Grantha script and 90 percent of the people follow Theravada Buddhism. During the Second World War, the Indian Nationalist leader Netaji Subhas Chandra Bose gave the clarion call for India’s Independence struggle with, “Give me blood and I will give you freedom”, arching his INA into India through Japanese occupied Myanmar. India established diplomatic relations with Myanmar after its independence in 1948. India and Myanmar relationship officially got underway after the Treaty of Friendship was signed in 1951.

The overthrow of Prime Minister U Nu when on a visit to India in 1962 in a military coup led by the General U Ne Win led to a period of poverty and isolation. This xenophobic military dictatorship with its own brand of socialism expelled most of Myanmar’s merchant, commercial and technical classes, who were Indian and Chinese. This led to total isolation with only China maintaining close links with Myanmar’s military junta. India supported the pro-democracy movement led by Aung San Suu Kyi. In 1993 India’s foreign policy took a pragmatic turn, it decided to open contacts with the military junta and the relations have improved since then. In Myanmar, two institutions play a very important role they are the Military and the Sangha.

Security has to be one of our most important goals as we share a long land border as well as the maritime border with Myanmar. Due to its long isolation, China increased its influence and used Myanmar for gas, minerals, rubber and gemstones. China’s used Myanmar’s naval ports to increase its presence in the Indian Ocean to encircle India. India’s warming up to Myanmar military since 1993, brought in the great game East between India and China. A very volatile frontier where insurgency in the ethnic groups has led to arms and drug trafficking that has posed several challenges to both countries. India is facing the spillover of Rohingyas from the Rakine state into India, a group that India has decided to deport due to their close connection to Pakistan based terrorists. India has struck deep into the Myanmar border against terror outfits. India-Myanmar Bilateral Army Exercise (IMBAX) is aimed at building and promoting closer relations between the armies. Myanmar is a key partner in the fight to end insurgency in India’s northeast. Such defence cooperation is a must so that Myanmar can balance its relations between the two big powers China and India.

Good friends need to be in touch and keep channels of cooperation diverse and deep. Connectivity is very vital with a state where we share long land and maritime frontiers. India’s Kaladan Multimodal Transit and Transport project and India-Myanmar-Thailand Trilateral Highway has to be completed. Hence, it can be said that the success of India’s Act East Policy will now depend on India’s prompt action and pragmatic approach for completion of projects.

We must enhance Maritime connectivity, develop sea lanes in the Bay of Bengal between Visakhapatnam and Sitwe and other ports. A maritime region that has long been neglected and this must increase with more sea trade other than just land route through the North East. Both the countries are affected due to the misuse of the open border by internal and external forces, the responsibility of border management and regulation depends on both. It is also the only country that can act as a link between India and ASEAN. We must revive the Chola and Pandya heritage of commerce and culture as part of our Act East Policy which was an interplay between economic interests with the state, culture and society.

Economic relations are important and it needs to be prioritized. But competing with China is very difficult at this point. Here India could help in the export of goods into the emerging market. India must join with like- minded states like USA, Japan and South Korea in economic development to contain Chinese hegemony. India can join with common initiatives to help in developing infrastructure, energy, telecommunications, healthcare, creating townships, low-cost housing development, ports and logistics, rural electrification, etc. Agriculture is another sector where India can substantially augment its cooperation with Myanmar. India also offered to provide support in capacity building in disaster risk mitigation as well as in strengthening Myanmar’s National Disaster Response Mechanism.

India and Myanmar share cultural ties in terms of Buddhist heritage and shared the history of colonialism. Building on this shared heritage, India is undertaking some key initiatives in the restoration of the Ananda Temple in Bagan and the repair and conservation of a large number of damaged pagodas. Here scholarships to Buddhist monks to study in Indian Universities in areas of Pali, Ancient Indian Buddhism and Buddhist Studies. It is very important to have close cultural and educational links with the Myanmar Buddhist Sangha. Start chairs in Myanmar Universities in the name of Netaji Subhas Chandra Bose. It is important to strengthen the Indian diaspora of varying estimates of 1.5-2 million people of Indian origin living and working in various parts of Myanmar.

Regional frameworks must be functional and successful. Myanmar is a key component of India’s strategy to bridge South and South-East Asia through BIMSTEC (Bay of Bengal Initiative for Multi-Sectoral Technical and Economic Cooperation). Myanmar’s membership of ASEAN, BIMSTEC and Mekong Ganga Cooperation has introduced a regional/sub-regional dimension to bilateral relations and imparted added significance in the context of our “Act East” policy. India will have to play the Great Game in the East which China that wants to dominate. Indo-Pacific region as an idea brings in the only extra-regional power, the only Super Power, USA, as an important player in the region. India must work closely with the USA in enhancing cooperation with the countries of the ASEAN, especially Myanmar in nation-building, strengthening democracy, building institutions, inclusive growth and development.

India has to look towards a holistic friendship with Myanmar, a relationship that is primarily bilateral, regional but also multilateral with other Indo-Pacific powers in all areas of cooperation. For India, it is an equal partnership not domination.