Diplomatist > Economy > Is it an Opportune Time for India-EU Free Trade Agreement?

Is it an Opportune Time for India-EU Free Trade Agreement? 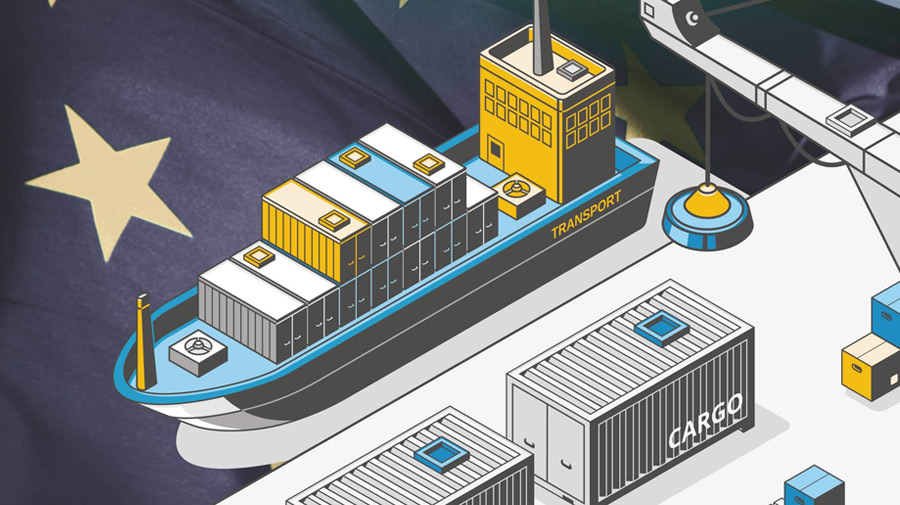 Introduction
ndia-European Union (EU) relations have been on an upswing in the past few years. The EU is India’s largest regional trading partner, while India is the EU’s 9th largest trading partner. India’s bilateral trade with EU in 2017-18 stood at $76.90 billion with India’s exports valued at $30.35 billion and India’s imports from the EU at $46.55 billion. Over the period April 2000 to June 2017, FDI flows from EU countries totalled $83.7 billion. There are more than 6,000 EU companies currently present in India, providing direct and indirect employment to over 6 million people. Against this background, the EU-India Free Trade Agreement is a natural culmination of robust economic relations. However, the reality is in stark contrast as with almost 16 rounds of negotiations, the agreement has not yet been finalised. The paper explores the negotiations between India and the EU highlighting the contentious issues, and what next for the agreement.

Background to the Negotiations

The diplomatic relations between India and EU were established in the 1960s, however, the 1994 Cooperation Agreement opened the door for larger political interactions between the two. In recognition of both sides’ political and economic importance, the EU-India Strategic Partnership was signed in 2004 to enable the partners to better address complex international issues. For this objective, at the 2005 Summit EU-India Joint Action Plan was adopted which defined common objectives and proposed a wide range of supporting activities in the areas of political, economic, and development cooperation. Under the aegis of this Joint Action Plan, High-Level Trade group was established which recommended the initiations of negotiations for a comprehensive free trade agreement – called Broad Based Trade and Investment Agreement (BTIA) – between India and EU. A go-ahead was provided during the seventh summit in 2006 in Helsinki move towards negotiations which were then launched in 2007.

The negotiations in their initial stages were largely on select issues like trade in goods and services, investment, intellectual property, public procurement etc. The roadmap for negotiations included: first, trade in goods which included elimination of duties on 90 percent of the tariff lines and trade volume within seven years of the entry into force; second, trade-in services so as to ensure maximum sectoral coverage measured in the number of sectors, volume of trade and modes of supply; and third, investments by improving the market access and providing non-discriminatory treatment to foreign investors.

However, the fundamental difference in the approaches between the two partners led to the suspension of the negotiations in 2013. While the European Union wanted deeper integration of the two regions, i.e. not just the removal of border barriers to trade but also to include policies and institutions which would then facilitate trade by reducing impediments to the trade. India, on the other hand, did not agree with this argument. For India this would have been the most ambitious bilateral economic pact and, if signed and ratified, it would have covered the highest level of commitments including trade in industrial and agricultural goods, services liberalisation etc.

Contentious Issues in the Negotiations

There are four major contentions in the negotiations of the BTIA – first is in trade in goods, EU’s major demand is that India should lower its tariffs on automobiles, wines and spirits. India has highlighted its concerns that while lowering the tariffs may result in increasing trade volume but could also lead to the European imports flooding the market. On the other hand, India has demanded the lowering of the non-tariff barriers such as sanitary and phyto-sanitary barriers along with the strict technical barriers to trade which EU has imposed along with the labelling requirements and trademark norms which have led to the reduction of Indian exports to the EU market.

Second is in the trade-in services. This appears to be the most contentious area in the BTIA negotiations. The area of disagreement is in Mode 1, 3 and 4 as defined by the General Agreement on Trade and Services. Mode 1 relates the outsourcing of the activities like knowledge, business etc., however, it appears unlikely that the EU would outsource the supply of services to the Indian market given the economic situation of the European economies. Under Mode 4, the Indian professionals are supposed to get the preferential access to the larger European labour market; this also appears unlikely given the increased unemployment rates in various European countries and also the prevailing political environment with rising anti-globalisation and Eurosceptic sentiments. The Mode 3 is where EU disagrees with India, Mode 3 serves to include further liberalisation of the FDI in multi-retail brands like insurance, banking sector. This is where India has not given unlimited access to EU banks and companies.

Third, there are disagreements with regards to Intellectual property protection standards. The EU wants India to strengthen its intellectual property rights regime, for instance, with regard to pharmaceuticals. Indian legislation bans both ‘ever-greening’ of patents (extending the time coverage of patents just before they expire, through minor changes to the product) and the exclusivity of test data (protection of clinical trial data), saying they jeopardise the sale of low-priced generic drugs and chemicals in its territory. Fourth is the termination of bilateral investment treaties (BITs). India signed BITs with several Member States of the EU in order to protect investments. However, in 2016 India unilaterally decided to terminate BITs with 57 countries including the UK, Germany, the Netherlands and France scraping key protection for foreign investors. India decided to terminate the BITs in order to re-negotiate the old treaties on the basis of a new model text for BIT. The contentious issue is the Investor-State Dispute Settlement (ISDS) provision requiring investors to exhaust all domestic procedures before seeking international arbitration. The EU is opposed to the new ISDS provision and has urged India to extend the old-investment treaties by six months before resuming the BTIA talks.

Apart from these issues, a major issue for India is to get recognised as a data-secure country by the EU; without such recognition, the flow of sensitive data can be hindered, thus increasing operating costs for Indian businesses operating in the EU. However, given EU concerns over its regulatory norms and data-privacy standards it is unlikely that the EU will agree to this demand. Along with these, on the Indian side, there remain several apprehensions including, legally binding clauses on Human Rights, social and environment, as well as labour standards, where India as a developing country has difficulty in complying.

What Next for the India-EU Free Trade Agreement

Since the time the negotiations have been stalled, India has come a long way in re-calibrating its economic sphere and has set itself a target of becoming a $5 trillion economy by 2025. India is pursuing its modernisation drive through various initiatives like Make in India, Digital India, Start-Up India, and Invest in India etc. It has presented itself as a reliable, responsible and up-coming economy. The European Union is fully aware of the potential that the Indian economy presents and the avenues it opens up for joint synergies. The potential of India was also highlighted in the EU’s strategy on India which was released in 2018. The strategy recognised India as one of the largest economies with an annual growth rate of around 7 percent and on its reaching the US$ 7.8 trillion economy by 2030. The strategy stressed on realising the untapped potential of trade and investment relations. The strategy paper states that India still has a “strong reliance on exports and inward investment, and reluctance to open up to imports”. “The EU will continue to encourage India to open up its economy to strengthen its international competitiveness, benefit from a better integration into global value chains, and increase its share in global trade, to bring it more in line with its growing share of global GDP,” it asserted.

Therefore, resuming negotiations is crucial for both the partners because the EU is India’s largest trading partner and benefits accrued in increasing trade volume would help both. It is also important as both India and the EU represents large markets and the demographic dividend which is in the favour of India can also help EU in the long run with the movement of skill labour and professionals. Also, increased market access would also help integrate the services sector thereby increasing the scope of cooperation and joint ventures. Although the contentions in the negotiations present a bleak picture, the re-starting the negotiations and eventual signing of the agreement would be beneficial to both the partners.