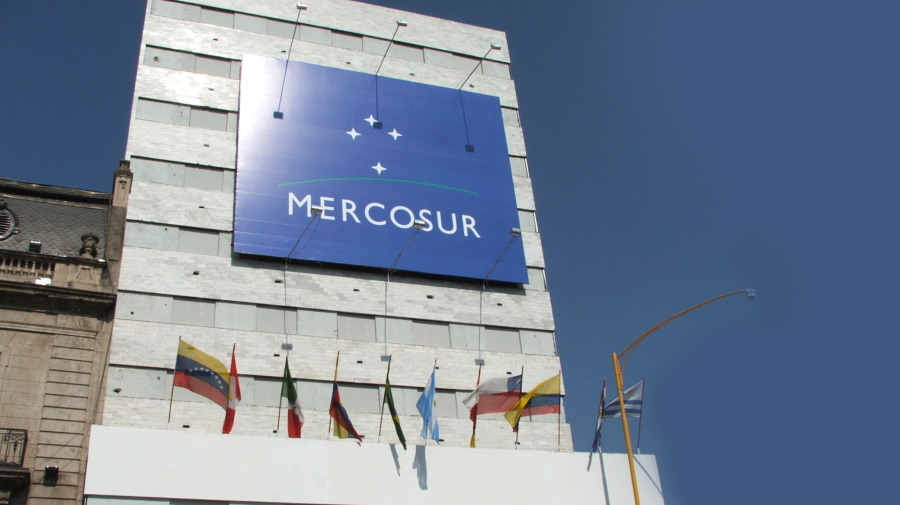 India and Mercosur show very different economic conditions. On one hand, the former has registered high economic growth rates that have even been higher than those rates in China (measured by the evolution of the Gross Domestic Product, GDP).

On the other hand, the latter has shown more volatility and fluctuations as it has happened with almost all Latin American countries. However, India faces relevant challenges for its economic development such as the infrastructure deficit, the literacy rate gap with other Asian countries and the low GDP per capita.

Regarding trade policies, not only India but also Mercosur are protectionist economies that apply a higher average trade tariff than the world average (higher in Mercosur, 10%) and a great variety of non-tariffs trade barriers. Given these barriers to trade that both economies have been applying, the trade costs are high and if a trade agreement is renegotiated, the trade ties could be deepened. Given the complementarity between both economies, trade relationships show great potential.

In the case of India, the following trade restrictions are applied:

n the case of Mercosur, according to UNCTAD (2017) numerous technical and regulatory measures are especially applied in the food and agricultural sectors. Additionally, the use of discretionary authorizations and registration requirements is widespread and deserves scrutiny. Product-specific barriers affect more than 40% of Brazilian imports, 27% of Uruguayan imports and 19% of Paraguayan imports.

In Argentina, until 2017, the horizontally applied Advanced Sworn Import Declaration (DJAI) caused controversy and was disputed at the World Trade Organization (WTO). Combined with foreign exchange controls, the DJAI was seen as a major hurdle to trade. In 2017, the new Government terminated the DJAI and introduced a new import monitoring system.

According to Venezuela, far beyond more over the terrible economic situation, this country applies a licensing scheme for a wide range of products that require a certificate that attests no or insufficient domestic production. Controls of foreign currency outflows and multiple exchange rates are connected to this licensing procedure. Furthermore, reference prices and price bands regulate imports of several products.

The estimated impact of the barriers applied by Mercosur countries is particularly high in manufacturing sectors, including the crucial vehicles and machinery sectors. Where applied, these NTBs cause price increases (of traded goods) of, at least, 3 to 4%.

The overall impact of technical NTMs far exceeds that of traditional NTBs. Sanitary and phytosanitary (SPS) and technical barriers to trade (TBT) measures have price-increasing effects (ad valorem equivalents, AVEs) of 10% to 15% in Argentina and Brazil, and between 5% and 10% in Paraguay, Uruguay and Venezuela. Apart from trade effects, these prices increase the impact on the population as food consumers. In manufacturing, technical measures have a lower relevance than outright barriers and do not appear particularly restrictive in the analysis UNCTAD (2017).

India is going throw several negotiations like Mercosur, but until now, the number of Free Trade Agreement in force is very low in both cases.

About the Preferential Trade Agreement between Mercosur and India, it was signed in January 2004 and entry into force in June 2009. The purpose of the agreement is to expand and strengthen the existing relations between Mercosur and India and promote the expansion of trade by granting reciprocal fixed tariff preferences with the ultimate objective of creating a free trade area between the parties.

There is room to explore complementarities and benefit from a deeper bilateral trade agreement. For example, Mercosur could benefit from India’s global software and pharmaceutical industries and India can ensure the supply of oil and other natural resource needs through an association with the Mercosur.

Even when both parties agreed with starting new trade talks and in 2016, they exchanged a larger list of products (India: 3,690 products and Mercosur: 1,287 products, which would be extended but it never happened), finally, the negotiations failed.

Bilateral trade is far away from the potential and the performance is not necessarily related to the agreement. India has strengthened its role but MERCOSUR’s exports to India were down. If we look at the average growth rate between 2001 and 2018, India’s exports to Mercosur have increased by 15.3% and India’s imports from Mercosur, in the same period, have declined 3.3%.

Brazil is the key player in the bilateral relation between Mercosur and India. India’s exports to Mercosur are concentrated in few products such as man-made filaments, chemicals, vehicles and plastics. India faces very high tariffs imposed by the Mercosur countries and the main products are excluded from the preferential tariff when considering the agreement in force.

India’s imports from Mercosur are also concentrated in few products: mineral fuels, mineral oils, vegetable oils and sugar confectionery. There are few products exported from Mercosur to India included in the agreement, but in this case, the preference seems to be non-significant, it is only 1%.