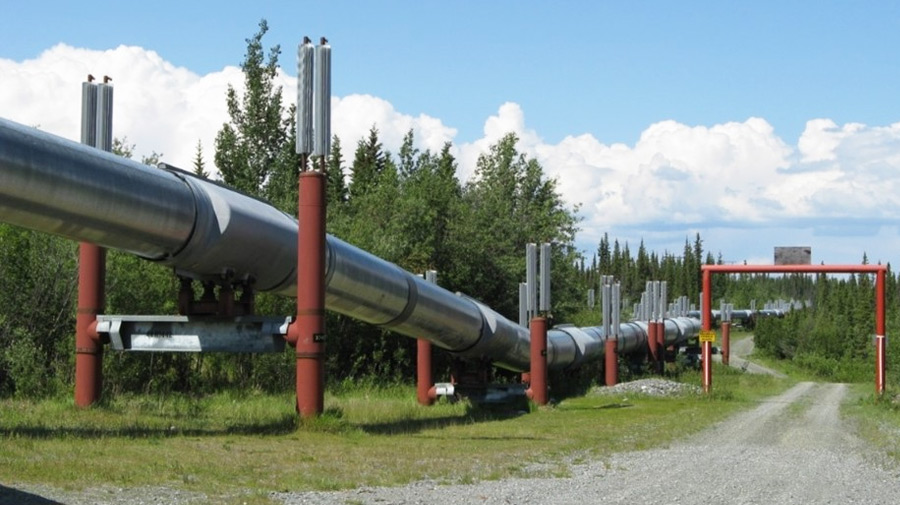 The 69 km India-Nepal pipeline will transport fuel from Barauni in Bihar to Amlekhgunj in Nepal. Construction of the pipeline was undertaken by Indian Oil Corporation Limited (IOCL), India’s largest refiner, with an investment of over ₹324 crore, in collaboration with Nepal Oil Corporation Limited (NOCL). Constructed in a record half-time, i.e. 15 months ahead of the scheduled 30 months, the pipeline will carry two million metric tonnes of clean petroleum products at an affordable price to Nepal every year. The pipeline will sharply reduce the cost of transporting fuel to landlocked Nepal from India and the NOCL will be saving around ₹200 crore annually, thereby enabling Nepal to invest the saved money in expanding similar pipelines across its territory. It further reiterates the fact that geographical proximity favours India-Nepal relations naturally and that India continues to be the ‘naturally-selected’ development partner of Nepal. Celebrating the occasion, PM Modi said, “This is a matter of satisfaction that South Asia’s first cross-border petroleum pipeline has been completed in record time. This India-Nepal energy cooperation project is a symbol of our close bilateral relations. It will help to enhance the energy security of the region and substantially cut down on transit costs”.

As relations with India soured in the wake of the four months-long blockade on key India-Nepal border crossings in 2015, China had come to Nepal’s rescue with a deal to supply a third of the country’s required petroleum. Kathmandu, for the time being, saw in it the importance of diversifying its trade away from India. Moreover, India has long been wary of China’s efforts to establish trans-Asian supply routes through its “one belt, one road” initiative – which Oli once endorsed enthusiastically – and that is why India needed to watch China-Nepal ties very closely and recalibrate its position. The completion of the pipeline project in record time can be seen as the seriousness and recalibration of the present dispensation in putting the strained relationship between the two nations on the back-burner. The move seeks to bind Kathmandu closer to New Delhi, strategically and economically. The aim is to cement India-Nepal ties in the face of major inroads made by China into the Himalayan nation and seeks to repair the trust deficit between the two countries due to an economic blockade and replace it by trust surplus. The development also comes against the backdrop of recent plans for a rail link between Nepal and China cutting through the Himalayas.

South Asia’s first cross-border oil product pipeline will further help Kathmandu as reduced fuel prices will induce less transportation cost. This move will further deepen the bilateral relations between the two neighbours. It will also boost the interest of Indian companies to Nepal regarding business opportunities. India-Nepal relations exhibit potential to emerge as leading economic hub in the region and by creating an enabling environment of mutual trust for peace and security of the region, they will further be able to unleash the collective creative energies essential for economic progress.

The India-Nepal oil pipeline will also act as a fillip to regional cooperation and connectivity which are critical for the better future of the region as borders affect the everyday life of millions in a profound manner. With an annual capacity of 2 million metric tonnes, the pipeline will act as a new energy lifeline not only for Nepal but also build onto the capillary networks of energy security in the South Asian region.

Borders are best when they act as social bridges and sustain a delicate balance between the needs of border security and the development of cross-border cooperation. The oil pipeline is a step in this direction. It will be advantageous to both the neighbouring countries in numerous ways. Apart from helping Nepal ensure a stable energy supply for its domestic market, it will help Nepal to cut fuel prices by Rs 2 per litre on account of reduced transportation cost. It will also prevent pilferage and adulteration and will assure uninterrupted supply during any blockade or stir on the borders. On the other hand, India will find it helpful in further deepening its engagement with Nepal which received a serious blow during the 2015 blockade, thereby promoting its “neighbourhood first” policy. It will also provide IOCL a captive customer. The pipeline will also increase the capacity of the current supply of petro-products to Nepal which is expected to double by 2020 itself. This move will see India re-fuelling the partnership with Nepal, thus accommodating Nepalese interests and inching towards being ‘friends in need and partners in progress’

India has also been assisting Nepal in the power sector. Unfortunately, the slow pace of project implementation and cost over-runs have plagued most of the developmental projects in India-Nepal relationship. As a result, and alternatively, Nepal has become a part of the China-led Belt and Initiative Road (BRI). Notably, India does not support the BRI project on grounds of encroachment of sovereignty, particularly the China-Pakistan Economic Corridor passing through Pakistan Occupied Kashmir (PoK). Thus, it is the need of the hour to maintain and strive for cordial relations with Nepal. The inauguration of this pipeline impeccably serves the timely need.

On the occasion of renewing India-Nepal fuel supply agreement for five years in 2017, Indian Minister of Petroleum and Natural Gas Dharmendra Pradhan had said: “Supplying fuel to Nepal is not a business proposition for India. It is our responsibility… so that you can provide every household; there is fuel for growth in industry and tourism so that more vehicles (ply) and you can build more roads”. India has been earnest towards its commitment and India-Nepal relationship will continue to intensify across multiple sectors with this grand and calculated move.

This project can also be seen as part of New Delhi’s efforts to increase its influence in the Himalayan nation where China is also making deep inroads. India and Nepal, which share a 1,751-km (1,094 miles) border, have close religious and cultural bonds. The continuation of this bond further requires astute diplomacy on the Indian part so that Nepal does not slip into the hands of the Chinese dragon. The pipeline is a classic manifestation of proficiency over the art of implementation and a display of PM Modi’s acumen to circumvent Chinese presence in Nepal and resuscitate India-Nepal relations. PM Modi’s clout has not only re-aligned the trilateral engagement, i.e. India-Nepal-China relationship, providing a concrete alternative to China’s Belt and Road Initiative but also provided a pragmatic blueprint for inclusive development of the region leaving behind all the predicaments and doubts over each other’s ambitions.