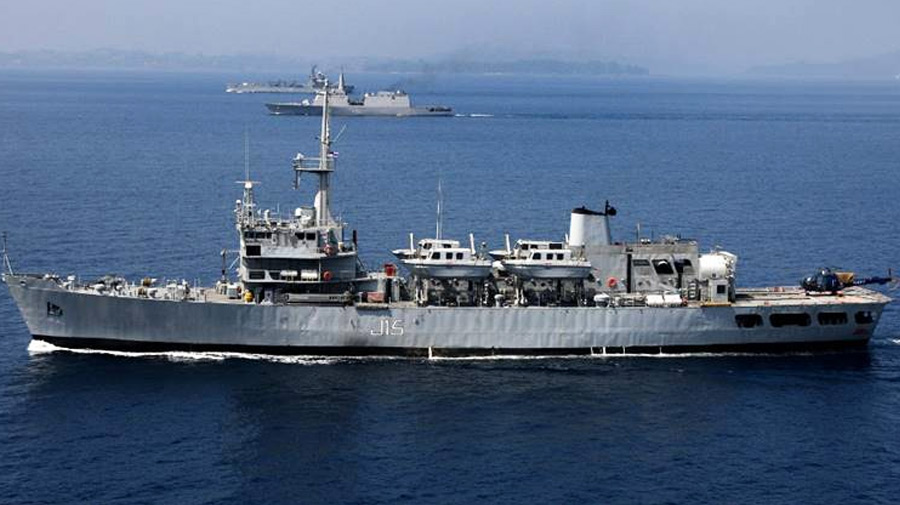 Covering more than 2,173,000 square kilometers the Bay of Bengal has gained its salience over the past few years. Bay’s growing strategic and economic imperatives necessitate that it be officially recognised as a geopolitical region. Growing economic interdependence in the post-globalization world coupled with the rise of India and China in the strategic scenario have brought the significance of maritime connectivity back to the fore. This is especially true for the Indian Ocean Region (IOR) which is fringed by many littoral countries that are becoming economically stronger and politically more visible. Against this backdrop, the essay focuses on possibilities and challenges in India-Bangladesh maritime connectivity.

In view of the opportunities and challenges that abound this maritime space, both India and Bangladesh have revitalized their inter-Bay connectivity. Subsequently, contemplations are on in the Indian diplomatic circles of how the vision of Security and Growth for All in the Region (SAGAR) which seeks collective growth for all can be made mutually reinforcing with the Sagarmala Programme that looks into the country’s port-led development through building or modernising port facilities by easing port operations including promoting ‘short sea’ or coastal shipping, amongst other measures. This is aimed at facilitating India’s vision of inclusiveness in the IOR and can only be accomplished through increased connectivity.

Similarly, Bangladesh also deems it necessary to deepen its ties with India based on reciprocity and mutual respect. As a ‘maritime state’ Bangladesh has established a permanent Maritime Affairs Unit (MAU) under the Ministry of Foreign Affairs to look after maritime-related issues exclusively. Consequently, the Unit has played a crucial role in formulating The Bangladesh Maritime Zones Act, 2018 that aims at ‘exploring and exploiting living and non-living resources and to provide for the suppression of piracy, armed robbery, theft and to make provisions for punishment and for matters connected therewith’.

India has 13 major ports out of which, seven are located along the country’s eastern coast, including the Andaman and Nicobar Islands. The ports namely, Kolkata–Haldia, Paradip, Visakhapatnam and Chennai are crucial for India’s maritime trade with Bangladesh. It is noteworthy in this context that in the year 2016-17 within the Kolkata port, the Kolkata dock recorded the highest export figure of 17, 79, 766 tonnes (dry, breakbulk and containers) while the Haldia dock recorded the highest import figure of 17, 682 tonnes (general cargo and containers) amongst all the major ports on India’s east coast. These facts of the flow of cargo and containers clearly show the importance of proximity and age-old trade linkages.

Two major ports handle international cargo in Bangladesh – Chittagong and Mongla (at Khulna) – with the former being the principal seaport located on the banks of the Karnafuli River. To meet the growing demands of the economy and relieve the pressure on these two ports, a new port, Payra, was inaugurated at Patuakhali. Like Payra, the port at Matarbari will also help to clear the tailback faced at the Chittagong and Mongla ports and it is expected that once completed, Matarbari port can compete with Colombo in terms of transshipment. Further, a plan prevails to build another deep-sea port (now stalled), at Sonadia under the Bay of Bengal Industrial Growth Belt or Big-B initiative..

Maritime transport is the most cost and energy-efficient mode of transportation in the world, and shipping industries play a key role in establishing and sustaining commerce and growth. Acknowledging this fact, talks for enhancing maritime connectivity between India and Bangladesh have been underway for some time now, with the Coastal Shipping Agreement (CSA) being in discussion since 2012. The CSA signed between India and Bangladesh, launched at the New Mooring container terminal at Chittagong Port, is to enhance bilateral trade through ports directly, as opposed to having goods shipped via Colombo, Singapore or Klang, which was the process followed prior to the agreement. It has also made way for Indian goods reaching the Chittagong Port to be delivered to India’s Northeast. For instance, cargo from Kolkata to Chittagong or Mongla can be delivered through multimodal transport (rail, road or inland waterways) to either destination within Bangladesh or India’s Northeast. Bangladesh has allowed the use of the following routes for such purpose: Chittagong/Mongla to Agartala (Tripura), Chittagong/Mongla to Dawki (Meghalaya) and Chittagong/Mongla to Sutarkandi (Assam).

Bangladesh vessels are registered in India as river-sea vessels, by virtue of which it is subject to some relaxations reserved for Indian coastal vessels. This has promoted trade between India and Bangladesh. Nevertheless, the number of ships must be increased on the coastal shipping route. As of now, only container traffic is prevalent, and there is a need to introduce cargo ships as well, which will help in the reduction of prices. Though India and Bangladesh opened direct shipping since 2016 the cargo volume didn’t grow to the expected levels due to congestion at Chittagong port in Bangladesh. Recently, Bangladeshi shipping lines have started moving containerised cargo from Kolkata to the inland river port at Pangaon but the volume still remains quite low. As of now Pangaon (26 Km away from Narayanganj on river Sitalakkha) is the only inland container terminal (ICT) in Bangladesh. Currently, rice, crude oil, leather, cosmetics, medicines, plastic is being ferried by Indian vessels to Bangladesh. Exporting cargos like food grains, raw material for garments via sea routes may be explored by the Indian side to make bilateral trade more dynamic. It has been seen in 2016-17 that 2,59,8023 mt of fly ash was exported to Bangladesh from India through the protocol route. However, the fact remained that, these vessels came back empty most of the time. This has increased the cost incurred by private trading agencies. Despite the prescription of 50:50 cargo-ratio in the protocol, the share of Indian vessels in inland water transport (IWT) inter-country trade remains insignificant. More so, the necessity of dredging, lack of assured fairways, lack of night navigation facilities are some of the pressing issues which have restricted the expected growth of IWT. To increase awareness among the stakeholders about the benefits of trade by waterways a series of dialogues may be organised on both sides of the border.

The Bay of Bengal is also infamous for its turbulence and frequently experiences cyclones. Tsunamis are also frequent here. The Indian east coast is popularly known as “Cyclone High Damage Risk Zones” frames the Bay in the west, and witnesses an average of three cyclones every year particularly between the months of May-June and October-November. The country is also a victim of regular floods and earthquakes and has already been the victim of sea-level rise. Bangladesh being physically adjacent to the Indian state of West Bengal shares vulnerability to natural calamities.

As a large number of people of both the countries live in this coastal area and are dependent on the sea for their livelihood these calamities often transform into disasters. In many past incidents, it has been seen that the cyclones which made landfall in West Bengal have also affected Bangladesh and vice versa. There is thus scope for collective engagement in disaster management bilaterally. Such endeavours rather than being confined at the state level must also be percolated amongst the people. Joint efforts must, therefore, be made in capacity building amongst the disaster-affected communities of both Bengals and this will also promote an effective transmission of mutual best practices. This can also be extended to the level of ports, and the ports of Bangladesh can work in consortium with those in West Bengal, Odisha, Andhra Pradesh and Tamil Nadu to develop an effective early warning system. The concerned ports can also be connected via a hotline system in this regard. Joint training of the port community may also be undertaken as the nature of the vulnerability is the same.

Further, the Bay of Bengal region is extremely vulnerable and susceptible to climate change. Due to global warming the region is experiencing a rise in sea surface temperature and sea level, increasing frequency of severe storms, and consequently, net land loss. What choices do India and Bangladesh have? How do these countries address environmental security in the face of climate change-induced displacement in the eco-region? These are some pressing concerns that need to be addressed bilaterally apart from maritime collaboration for capacity-building, joint research, training, the establishment of joint working groups and cooperation in areas of blue economy and marine security.