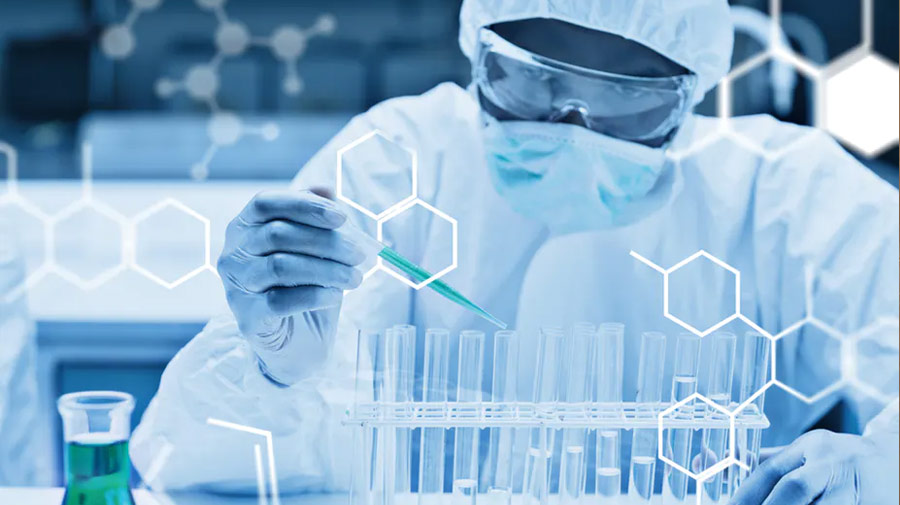 One of the most promising and at the same time challenging areas of India-Russia relationship is cooperation in science and technology (S&T). The outcomes of the bilateral summit in Vladivostok demonstrate that both sides are determined to develop bilateral ties in this sphere, though there are still not so many success stories that could drive the cooperation further.

Heritage of the Past

The history of bilateral ties proves that Moscow and New Delhi managed to build successful collaboration on this track. The legacy of interaction in this sphere traces back to 1980s when Integrated Long-term Programme for Cooperation in the field of Science, Technology and Innovations (ILTP) was launched

There have been considerable achievements of mutual cooperation in the framework of ILTP, especially in biotechnology, laser technologies, computing systems, geophysical industry, Earth sciences. For a long time, the whole cooperation in science and technology had hinged on ILTP, which remained in place even in 1990s when the technological cooperation between the two countries morphed into uncertain state. The programme was updated twice – in 2000 and 2010. Although being operational on paper, ILTP gradually lost its momentum during the last decade. The India-Russia joint statement issued after the bilateral summit in October 2018 in Delhi contained intention to revive the ILTP programme as it apparently needed new energy and its duration was about to expire in 2020.

The existing high level of trust and interaction at a government-to-government level facilitates the joint projects between the two countries’ institutions, laboratories and individual scientists. The bilateral partnership in the sphere of S&T is well-institutionalized. Apart from ILTP, there have been two other pillars – the working group on science and technology functioning under Inter-Governmental Commission on Technical and Economic Cooperation as well as Basic Science Cooperation Programme. On the positive side, following Department of Science and Technology of India (DST) partnerships with Russian Foundation for Basic Research and Russian Science Foundation (RSF), there have been funding opportunities for joint research projects. The flipside of the institutionalization is overregulation resulting in excessive bureaucratic hurdles to the interaction between scientists and specialists. Ideally, the experts’ meetings should be held on a much more regular basis than the meetings of the Indo-Russian joint working group for science and technology.

As of now, S&T cooperation between India and Russia faces at least two challenges such as insufficient number of exchanges between the scientists and low level of information on existing collaborative projects and their outputs. Since the Inter-Academy Exchange Programme faded away, there has been little interaction between the Russian and Indian institutions and research centres. The activities by the Russia-India Network of Universities and the opportunities provided by the Indian programme “Global Initiative for Academic Networks” (GIAN) do not lead to a significant increase in researchers’ interaction. Bringing scholars together and providing conditions for their productive work is the required minimum for the breakthrough in science and technology cooperation. Hence, there should be more programmes and schemes facilitating academic exchanges which will subsequently require more investments

S&T is a complex sphere that, in case of successful collaboration, can bind different sectors of economies and create people-to-people connections. That is the reason why not a single component of science and technology cooperation – funding opportunities, academic and scientific exchanges, seminars and symposiums, implementation of inventions – may be neglected.

What lies ahead for India-Russia scientific and technological partnership? What fields could spark interest for joint work? The joint statement issued after the summit in Vladivostok mentions the two sides’ commitment “to intensify development of high-tech products in such spheres, as telecommunications, robotics, artificial intelligence, nanotechnologies, pharmacy and others.” The MoU between the Indian DST and the Russian Ministry of Economic Development should kickstart the bilateral cooperation in innovations as well

In accordance with the trends of contemporary time and national interests of both Russia and India, there might be collaboration in such areas as electronic systems design and manufacturing, supercomputing, software development, network security, Internet of Things, fintech, etc. Russian and Indian specialists undoubtedly have much to learn from one another. However, as the cutting-edge technologies have been developing at incredible speed, the two sides are not fully aware of each other’s capabilities. This underlines the importance of knowledge dissemination which should be a priority task for both governmental bodies and private organizations. A good idea for this purpose is to organize special forums of entrepreneurs, industries representatives and scientists which would provide opportunity for exchanging ideas, best practices and even pilot projects. An example of such engagement is Indo-Russian Start-Ups Summit held by the Confederation of Indian Industries and Skolkovo Foundation in December 2018 in Moscow where the avenues for cooperation in high-tech innovations were discussed. New levels of interaction between the two countries could be achieved by means of partnerships between technological clusters and special incubation programmes for start-ups. Following on from multiple agreements signed on the sidelines of the Eastern Economic Forum, more interactions providing the framework for matching the industries of the two countries are expected on a short-term horizon. Unless the India-Russia economic relations are dominated by knowledge industries, there will hardly be any boost to bilateral cooperation in other sectors as well.

The sphere that has gained traction in the run-up to the leaders’ summit is civil space cooperation. According to the bilateral agreement, Russia will train Indian cosmonauts for the human space mission Gaganyaan slated to be launched before August 15, 2022. The technical cooperation between Russian and Indian space agencies and industries should be facilitated with Indian Space Research Organization (ISRO) establishing a liaison unit in Moscow. The two sides have been discussing the setting up of ground stations for their navigation satellite systems – Indian NavIC and Russian GLONASS – in their respective territories. This should enhance the accuracy of their satellite navigation signals. Another topic for further talks is Russia’s offer of its semi-cryogenic rocket engine technology along with critical components for India’s human space capsule.

Scientific cooperation could also extend to vital geographies, for instance the Arctic region where Russia and India have already expressed interest to conduct joint scientific research. As the bilateral energy cooperation in the region is gaining momentum, it is time both sides embraced scientific and technological domain. There is a wide scope for joint research in the Arctic ranging from issues of climate change, melting ice and biodiversity to developing technical solutions for oil exploration and extraction.

Since Moscow and New Delhi are time-tested partners who have nothing to vie for, there are no limits for cooperation in science and technology. If the political will and incentives are in harmony with businesses’ and scientists’ zeal, the relationship could benefit from the favorable combination of Indian and Russian specialists’ talents and skills. Hopefully, the latest positive dynamics in the India-Russia cooperation will give impetus to creating solid connections on scientific and technological track.