India-Angola Energy Diplomacy: New Heights and The Way Ahead 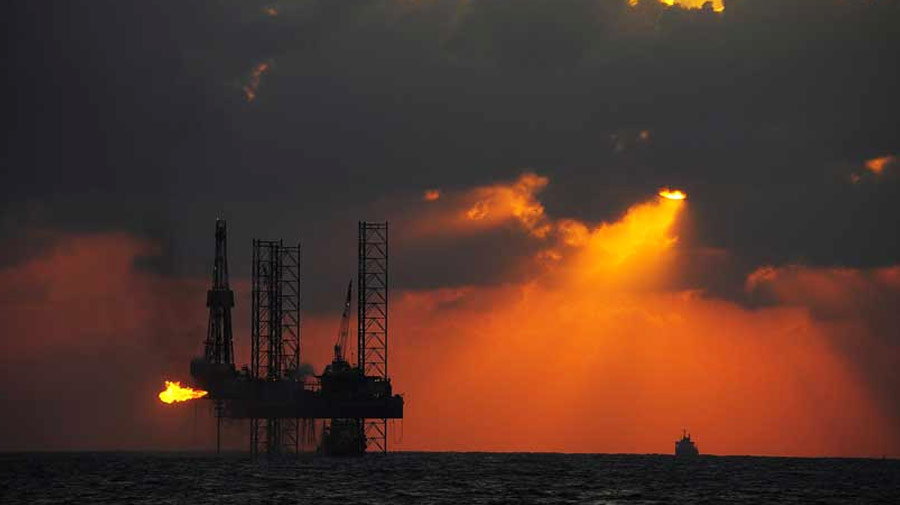 India and Angola have developed strong bilateral engagements in the last few decades. A significant enabler for this deepening relationship is the energy sector.

The way the two countries are attaining newer heights in mutual cooperation in this sector is commendable. Therefore, to attain a strategic depth in their common interests on energy security, it is pertinent that the two countries give more policy space to it. We outline five such drivers of India-Angola energy diplomacy which could potentially redefine our bilateral initiatives.

Investment in the oil and gas sector

Angola’s proven reserves of oil are estimated to be 9 billion barrels, and its output stands at an approximate 1.55 million barrels a day. Moreover, it has a proven natural gas reserve of 11 trillion cubic feet, with production estimated to be 17,904.5 million cubic feet as per the data from the United States International Trade Administration. Such resource endowments provide scope for significant economic development and business opportunities. The oil business in Angola is managed by the Sociedade Nacional de Combustíveis de Angola (Sonangol) Group, a state-owned company. In fact, any international oil company intending to work in Angola has to engage in partnership with this company. Sonangol’s strategic objective as envisaged under its plan for 2018-2022 seeks to enhance its participation in the oil value chain, increase natural gas production and strengthen technical capacity, thus creating avenues for investments as well. The oil industry accounts for over 90 percent of the total revenue of Angola. In fact, this has also helped Angola maintain an average growth rate of 8.68 percent from 2000 until 2017. Interestingly, Trading Economics website reveals that the country witnessed immense variations in its growth rate as well – rising to 23.2 percent in 2007 and plummeting to 0.1 percent in 2016 owing to a sharp drop in global oil prices.

Located on the Atlantic coast, Angola is a member of the Organisation of Petroleum Exporting Countries. India’s imports of oil and natural gas from Angola has also witnessed a mixed path of increase and decreased in the last decade. For instance, as per the statistics from International Trade Centre, Geneva, India’s imports of petroleum oils and oils obtained from bituminous minerals, crude (classified under HS code 2709) from Angola increased from USD 3.38 billion in 2009 to USD 7.95 billion in 2012 and later dipped to USD 1.68 billion in 2016. It is now again showing an increasing trajectory and accounted for USD 3.43 billion in 2018. Also, import of petroleum gas and other gaseous hydrocarbons (classified under HS code 2711) increased at least six-fold from USD 109.3 million in 2016 to an estimated USD 661.2 million in 2018.

The relations between India and Angola are largely hydrocarbon-driven. Indian companies including Hindustan Petroleum Corporation Limited (HPCL) and others visited Luanda to explore the investment opportunities in the oil and gas sector. Importantly, Angola depends on imports for a major chunk of its requirement for refined petroleum. So, petroleum products provide huge export opportunities from India to Angola. However, statistics reveal that the export of petroleum oils and oils obtained from bituminous minerals and preparations etc. (classified under HS code 2710) has seen a drastic decline from USD 293.8 million in 2009 to a mere USD 0.39 million in 2018. India needs to give enough policy space to leverage its competitiveness in the petroleum product exports to Angola and also invest in the sector, especially at a time when Angola’s Ministry of Mineral Resources and Petroleum is looking forward to giving licence for 55 blocks during the period of 2019-2025. This envisages the promotion of foreign direct investment to enhance the competitiveness and innovation capabilities of the oil and gas sector. Also, Indian firms should utilise this opportunity and enter into innovative and cost-effective production sharing agreements to create a win-win situation for both sides.

Technical cooperation in the energy sector

Of the 55 blocks as mentioned earlier in this article, Angola plans to give licence for 9 blocks this year and intends to build new refineries. Last year also, the country called for tripling its refinery capacity. Given India’s refinery capabilities and its support in constructing Mongolia’s first ever oil refinery, for instance, there exists a huge potential for technical collaboration between India and Angola. India can provide technical support in developing Angola’s refinery capacity. Also, there is an imminent need for capacity-building and development of human resources for the oil and gas sector in Angola. The expertise of Indian institutions imparting programmes and training courses in petroleum and energy studies can be leveraged to train students and oil and gas professionals there. Angola is already listed under the Indian Technical and Economic Cooperation (ITEC) programme, and such a capacity-building and training initiative can be facilitated within the ITEC domain and across all energy domains including power and renewable energy.

A crucial aspect in the domain of oil and gas is the value chain participation. The oil value chain constitutes of several value chain activities beginning with exploration and is classified under upstream, midstream and downstream. If we look at the oil value chain in Angola, it is flourishing well in the upstream sector owing to abundant resource endowments. However, it is lacking behind in mid-stream and downstream sectors. Angola and Zambia have recently signed a memorandum of understanding to construct a 1,400 kilometer oil pipeline to facilitate easy transportation of oil, thus creating an avenue for improvement in the midstream sector. On the contrary, India, which is an oil-importing economy, has performed largely well in downstream sectors and offers the potential for investment cooperation in Angola.

Possibilities in the power and electricity sector

Other key sectors for cooperation are power and electricity. This would substantially contribute to the Angola Strategy 2025 as the country looks forward to diversifying its economy. The present installed capacity in Angola is 6,400 Megawatt and it has targeted to take it to 7.5 Gigawatt in 2022 and 9.9 Gigawatt by 2025. There is immense potential for Indian companies to make significant investments in the power sector in Angola. As the electricity demand increases, Angola would be seeking further investments, given the fact that rural electrification in the country stands at only 8 percent. Also, there are more than 150 sites in Angola that have been identified as potential sites for the development of large hydro-power plants. Thus, there exist immense possibilities for India-Angola joint projects in the power sector.

Cooperation in new and renewable energy

For climate change mitigation and adaptation, both countries have drafted ambitious policies that focus on renewable energy. The Government of Angola has a National Strategy for New Renewable Energies that carries a target of 800 Megawatt. Also, India is keen to reduce its dependence on hydrocarbon to meet its international obligations on carbon emission reduction. As per the Report on India’s Renewable Electricity Roadmap 2030, it is estimated that India has the potential to generate 10,000 Gigawatt through solar energy and 2,000 Gigawatt through wind energy. Also, India intends to develop the most cost-effective and efficient technology in this sector. Therefore, a pragmatic public-private partnership model needs to be channelized for soliciting mutual investments and capacity development in the new and renewable energy sector. Cooperation in solar, wind and biomass will be mutually beneficial. As both the countries are looking forward to developing renewables as their energy source, there is a huge scope for collaboration in this field, especially in areas such as the production of low-cost solar panels, joint investments, and technical capacity-building. Thus, such cooperation in the domain of energy will help the countries in leveraging their respective advantages for ensuring energy security. Also, providing sufficient policy space to the five key drivers enlisted herein would be crucial for our energy diplomacy with Angola and also with other oil-based economies in times to come.