RCEP Trade Deal: An Agreement… India Chose To Walk Away 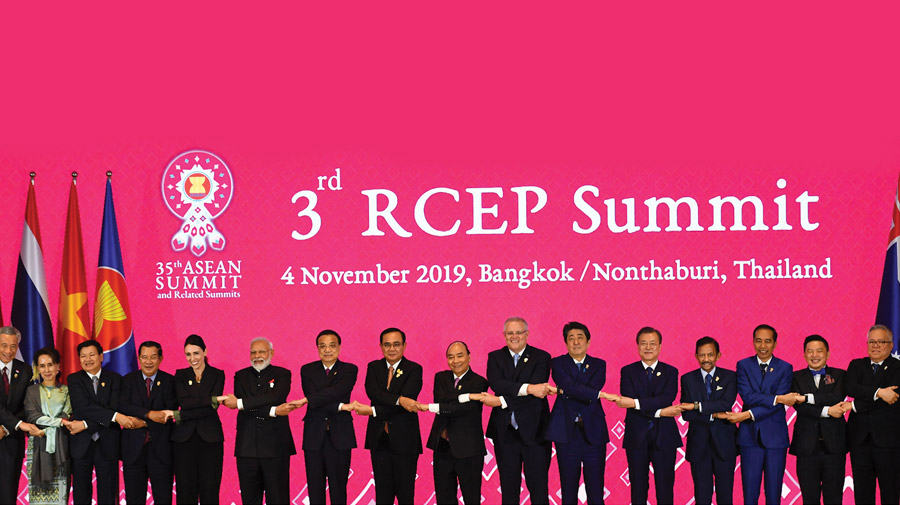 The Regional Comprehensive Economic Partnership (RCEP) aims to create a modern, comprehensive and mutually beneficial economic partnership agreement among the 10 ASEAN countries – Brunei, Cambodia, Indonesia, Laos, Malaysia, Myanmar, the Philippines, Singapore, Thailand, Vietnam and its Free Trade Partners which include China, Japan, South Korea, Australia and New Zealand. India had been part of the negotiations right from the 21st ASEAN Summit in Cambodia when the RCEP negotiations had started. However, on 4th November, 2019, India decided against joining the RCEP Trade Deal. As articulated by Prime Minister Narendra Modi in his speech at the RCEP Summit in Bangkok, “When I measure the RCEP Agreement with respect to the interests of all Indians, I do not get a positive answer. Therefore, neither the talisman of Gandhiji nor my own conscience permits me to join RCEP.” At the Summit, Prime Minister Modi further stated that “the present form of the RCEP Agreement does not fully reflect the basic spirit and the agreed guiding principles of RCEP.”

The pivotal role in pushing RCEP has been by China in 2012 as it wanted to counter the Trans-Pacific Partnership (TPP) led by the US which excluded China. However, the US withdrew from the TPP in 2016. Through the RCEP, China has been keen to counter what it perceives as the US strategic re-positioning in the Asia Pacific. It has also been speculated that through the Agreement, China would like to counterbalance the impact of its continuing trade war with the US while also projecting the economic might and potential of the region to the west. The immense importance of the RCEP participating countries account for almost half of the world’s population and contribute about 30 percent of global GDP and over a quarter of world exports. The RCEP negotiations included trade in goods, trade in services, investment, economic and technical cooperation, intellectual property, competition, dispute settlement, e-commerce, small and medium enterprises (SMEs) and other issues.

It has been said that India opted out of the RCEP Agreement due to its negative effects on “farmers, MSMEs and dairy sector.” As India entered the crucial conclusive phase of the RCEP negotiations, farmers and affiliated organizations staged protests against the Agreement and urged the Government not to sign it. On 4th November,2019, the All India Kisan Sabha announced a nationwide protest. Before this, protests against the RCEP had taken place in Karnataka, Uttar Pradesh, Tamil Nadu, Madhya Pradesh, Punjab, Haryana, Andhra Pradesh, Telangana, and Kerala. In fact, farmers’ unions and non-governmental organisations working in the agricultural and allied fields have formed an Indian Coordination Committee of Farmers’ Movements (ICCFM) to coordinate the protests against the proposed mega-deal. The main demand of the farmers and affiliated organizations was that they wanted agricultural produce and the dairy sector to be kept out of the RCEP.

Although, RCEP will be the world’s largest trading bloc, India has chosen to stay away from it. A key concern for India has been the dumping of cheaper goods such as dairy and farm products, and electronic items, especially from China. India’s main worry has been that Chinese manufactured goods and dairy products from New Zealand would flood Indian markets. Thus, not only would the Agreement had it been approved hurt the domestic industry and the dairy sector in India, but it was also seen to be posing an obstacle for the Government of India’s ‘Make in India’ initiative.

India has a trade deficit with at least 11 of the RCEP countries. Of this, India’s trade deficit with China alone is $53 billion. At the RCEP Summit, India had made a strong case for an outcome favourable to all countries and all sectors. The Indian Prime minister told the leaders at the summit that India had been proactively and meaningfully engaged in the RCEP negotiations since inception and had worked for the “cherished objective of striking balance, in the spirit of give and take.” The Confederation of Indian Industry (CII) stated that it supports the Government of India in the decision to address all outstanding issues before joining the RCEP. It stated that it “welcomes the RCEP leaders’ joint statement acknowledging India’s very legitimate concerns and we urge all countries to work with India to resolve them. We sincerely hope that these issues will be resolved soon to the mutual satisfaction of all RCEP countries.”

There has been a mixed opinion among economists and scholars regarding India’s withdrawal from the RCEP. Some are of the opinion that India already has an FTA with Asean and individual bilateral trade agreement with Japan, Malaysia, Singapore, Thailand and South Korea and thus, withdrawal from the RCEP will not be detrimental for India’s economic interests. Rather, India should focus on more bilateral trade agreements with other countries instead of getting into an Agreement which will be counterproductive. However, some have considered the RCEP pull-out as a retreat to protectionism and they hope that the country would eventually sign the RCEP Agreement when it is able to secure better terms. Former Australian Prime Minister Tony Abbott stated that he would not be critical of India’s decision and that India is entitled to act according to its values and interests. He also said that although he is a votary of free trade, it should be under the right circumstances.

Officially, China has been cautious regarding India’s decision to withdraw from the RCEP. Wang Shouwen, vice-commerce minister said China and the 14 other member states respected India had outstanding concerns, but member states were prepared to work together to address them. He said at a press conference, “We must, together with India, work hard to solve these problems. And India must decide on the basis of this resolution whether to enter into the agreement.” India perceives the RCEP Deal is in favour of China as China is looking for greater access to the Indian market with its trade war with the US. While delivering the Fourth Ramnath Goenka Memorial Lecture, the External Affairs Minister S Jaishankar stated that Indian decision to withdraw from the RCEP is ‘a clear-eyed calculation of the gains and costs of entering a new arrangement.’ He also stated that the recent debate about the RCEP offers lessons in foreign policy as much as in the trade domain. On the one hand, we should not go back to the old dogmas of economic autarky and import substitution. But at the same time, embracing the new dogma of globalisation without a cost-benefit analysis is equally dangerous.’