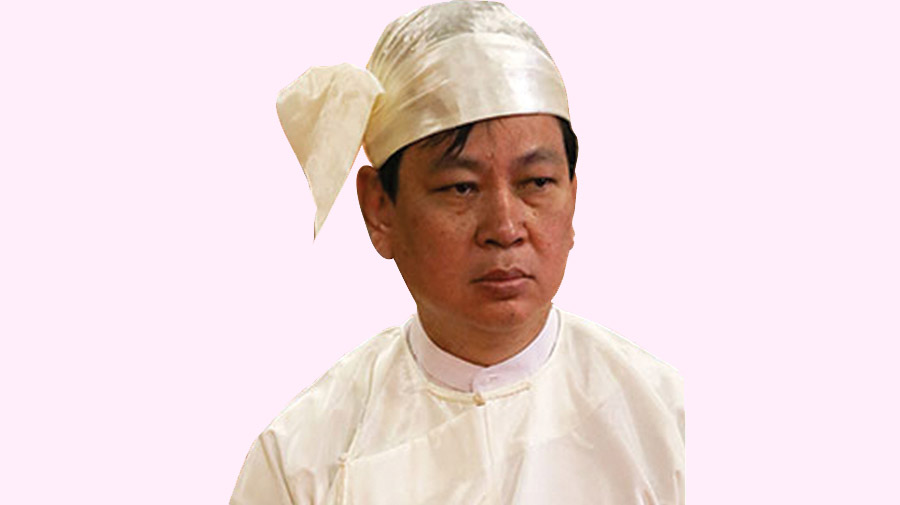 In an exclusive interaction with Kanchi Batra, Business Editor, Diplomatist Magazine, H.E. Mr. Moe Kyaw Aung, Ambassador of Myanmar to India offered insight into the future of Myanmar-India bilateral relationship. He also gave a glimpse into what the country has to offer to the world.

Q. Myanmar and India have established relationships since 1951, and it’s been a long history together. We want to know the progress of diplomatic relationships between the two countries.

Myanmar and India have already enjoyed strategic partnership status and both countries have further strengthened relations to take even higher levels of cooperation. There were several exchanges of high-level visits from both sides. U Htin Kyaw, the President of Myanmar undertook a State Visit to India from August 27-30, 2016. During this democratic government regime, the first State Visit of Daw Aung San Suu Kyi, the State Counsellor of Myanmar to India was in 2016. Last, the State Counsellor undertook her official visit to India again in January 2018. Recently, U Win Myint, the President of Myanmar attended the oath-taking ceremony of Prime Minister Shri Narendra Modi for the second term.

During their visits, the leaders of both countries openly discussed various issues including development cooperation, security, trade & commerce, consular, defense and cultural matters, etc. Therefore, the friendly relationships between Myanmar and India have been gaining momentum.

India is the fifth largest destination for exports and the sixth-largest source of imports of Myanmar. Therefore, in terms of trade volume, India stands as the fifth largest trading partner of Myanmar. The bilateral trade between Myanmar and India has been growing steadily and reached US $2.18 billion in FY 2016-17, however, it declined to $1.7 billion in FY 2018-19, mainly due to the imposition of quantitative restrictions by India on import of beans and pulses.

Since April 2014, all exports of round logs have been banned in Myanmar. Timber production has also been reduced by 40 percent in FY 2017-18 while banning private timber operations altogether. These reforms in the extraction of timber will enhance environmental conservation and sustainable consumption of forest products in Myanmar whereas timber export has been steadily decreased. Therefore, Myanmar wood-based industry is oriented to value-added production so that market access is needed to be promoted. In this regard, we should find and identify the potential products to be exported to India.

Myanmar is a huge market for India to promote its pharmaceutical and medical products. India is presently the eleventh largest investor in Myanmar with an approved investment of US $757.067 million by 28 Indian enterprises. In comparison with the investment of other neighbouring countries, the said amount is very low (1.13% of total foreign investment as of 30 September 2019). Since there are opportunities to do business in various sectors like pharmaceuticals, agricultural machinery, agrochemicals, ICT and IT-related products and services, power and energy in Myanmar, we would like to encourage Indian companies to visit and explore the potential business, more aggressively.

Q. Myanmar’s membership of ASEAN, BIMSTEC and Mekong Ganga Cooperation has introduced a regional/sub-regional dimension to bilateral relations and imparted added significance in the context of India’s “Act East” policy. What aspects do you want to focus on bilateral relations? What sort of role do you want India to play?

With its strategic location between India and South-east Asia, Myanmar’s participation in regional and sub-regional economic integrations such as ASEAN, BIMSTEC and Mekong – Ganga Cooperation would enhance the implementation of India’s “Act East” policy as well as the promotion of bilateral trade and infrastructure development of Myanmar. Therefore, Myanmar has been focusing not only on diplomatic and economic relations but also on other aspects like education, health and cultural relations with India.

Q. India’s Kaladan Multimodal Transit and Transport project and India-Myanmar-Thailand Trilateral Highway have seen much delay over the past couple of years. Can you give us a reality check on this?

The implementation of the Kaladan Multimodal Transit and Transport project has been gradually developed although there are some challenges. About 70 percent of the construction of Kaladan River Crossing Bridge at Paletwa Township has been completed and it is expected to be fully finished the whole bridge in the first quarter of 2020. Other parts of the project are under developing stage as per the plans. The Trilateral Highway project has been under the processing stage and cooperation between Myanmar and India for institutional development has also been progressive.

Q. What sectors of bilateral relations are the main focuses of the Myanmar government?

Trade and investment, development cooperation, defence and security cooperation are the priority areas.

Defence cooperation between the two countries has been continued to strengthen. Training cooperation, capacity building and support in the provision of specific equipment and technologies enhance the relationship and better understanding of mutual security concerns. Exchanges of high-level visits have also been undertaken. Recently, Commander-in-Chief Senior General Min Aung Hlaing paid a 9-day visit to India as per the invitation of Indian Air Chief Marshal.

Q. How is cooperation in the banking sector growing?

Cooperation in the banking sector, which is crucial for investment and trade, is moving ahead gradually. United Bank of India and EXIM Bank have representative offices in Yangon. State Bank of India was awarded a Commercial Banking License and it commenced operations from October 3, 2016 as one of the 13 foreign banks operating in Myanmar.

United Bank of India has signed a number of banking agreements with both private and state banks in Myanmar to facilitate trade transactions between the two countries. UBI has signed MOUs with MFTB, MICB and Myanmar Economic Bank for correspondent banking relations.

The Central Bank of Myanmar is likely to grant licenses for foreign banks to set up subsidiary banks in the country in addition to having their bank branches. Besides easing restrictions on foreign banks doing business in the country, CBM announced in late January of this year that foreign banks and financial institutions can hold up to 35 percent equity in local banks. Therefore, there are a lot of opportunities for Indian bankers to start a business in Myanmar.

Q. Myanmar’s vast oil and gas resources are intriguing to many countries. What is the scope of cooperation in the realm of the energy sector?

Myanmar is regarded as an important partner for India in the energy sector as it has the potential to support offshore gas for future exploitation. The ministerial-level visits of both sides have been undertaken and discussed opportunities for cooperation in varied areas since 2017. So far, the cooperation in this sector has been institutionalized by the establishment of Joint Working Group on Oil and Gas and Joint Steering Committee & Joint Working Group on Power cooperation.

Indian Oil Corporation Limited opened its office in Yangon in April 2018 while it is importing HSD and Aviation fuel from India to Myanmar under its term contracts with Puma and National Energy Puma Aviation Services.

Q. China is gaining increasing leverage in terms of investment and its Belt and Road Initiative. What is your opinion on this?

China’s Belt & Road is a part of regional cooperation, and it would complement Myanmar’s existing strong economic relations with India. As we adopt a good neighborhood policy, Myanmar’s relations with China can be equated with that of India.

Q. Myanmar and India share cultural ties in terms of Buddhist heritage and shared history of colonialism. What steps can be taken to enhance cultural engagement between the two countries?

There were many occasions when we promoted cultural relations and people to people contact. The Embassy initiated ‘Myanmar Day’ event last year, and also cultural troupe from Myanmar performed entertainment in that event. The Myanmar Film festival for the first time was organized by the Embassy and Honorary Consulate of Myanmar on 9-10 October 2019 in South India where two Myanmar films were shown. The pilgrims from Myanmar to India are increasing exponentially as Bodh Gaya is the holiest place for Buddhists. Therefore, the exchange of visits and study tours with regard to culture and religious matters between the two countries are vital to enhancing cultural engagement.

Q. How do you view the future of Myanmar-India relations?

Myanmar shares a long land border of over 1600 Km with India, and also shares a heritage of religious, linguistic and ethnic ties. Historically, the two countries have very good relationships. Both countries have tried to deepen the relations taking to the level of higher cooperation.