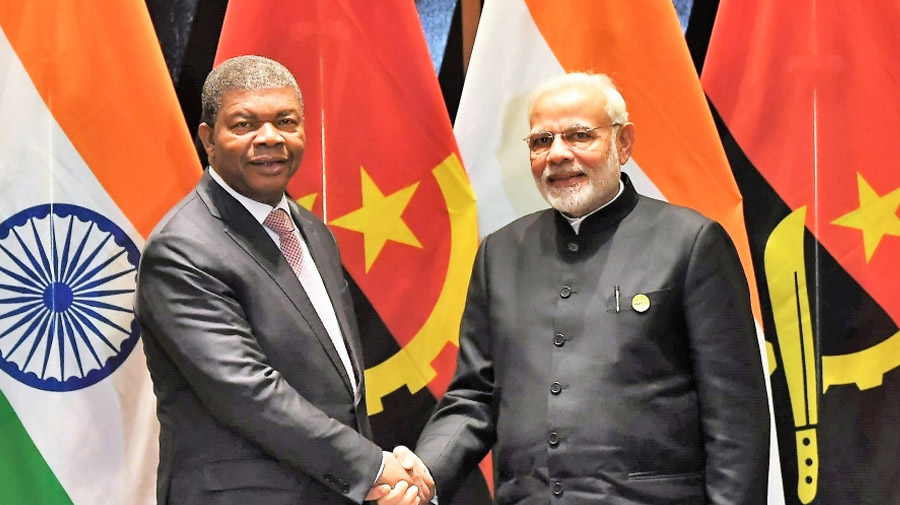 During my 35 years of diplomatic career, among the posting I cherished and found productive and most satisfying was as Ambassador of India to Senegal with concurrent accreditation to Guinea Bissau, Mali, Mauritania, Cape Verde and the Gambia (as High Commissioner) in the early 1990s. India’s relations with the countries in Western Africa got a shot in the arm when during this period the then Indian Prime Minister Shri P.V. Narasimha Rao paid an official visit to Dakar to participate in G-15 Summit in 1994. India presented a blueprint at the summit offering to the African countries help in crucial areas of technical training, capacity building and skill development through various programmes. I had the honour to initiate preparatory work on setting up the Regional Technical Training Centre based in Dakar. Over the years India’s track record in the area has grown from strength to strength.

My connection with the continent restarted on retirement from Government of India when in 2005 I joined Overseas Infrastructure Alliance (India) Pvt. Ltd. (OIA) concentrating on development areas like power transmission, sugar processing including plantation, a consultancy in railways, water management etc. For close to 10 years I took initiative as Chairman to build infrastructure in crucial areas in various regions of African amounting to more than $ 800 million, funded mostly by Government of India’s line of credit on soft terms. In that capacity, I visited target countries to identify areas of cooperation and led many Indian business delegations at the instance of Confederation of Industry (CII), Federation of Indian Chambers of Commerce and Industry (FICCI) and Associated Chambers of Commerce (ASSOCHAM).

One of the emerging countries where I felt India should concentrate to exploit opportunities coming up was Angola. The country on the western coast of southern Africa is bordered by the Atlantic Ocean. It is surrounded by Namibia in the south, the Democratic Republic of the Congo (former Zaire) in north, and Zambia to the east. It has a population of 24.4 million people (census 2014).

Looking at the foreign policy of Angola, one observes that from 1975 to 1989, Angola was aligned with the Eastern bloc, in particular, the Soviet Union, Libya, and Cuba. Since then, it has focused on improving relationships with Western countries, cultivating links with other Portuguese-speaking countries, and asserting its own national interests in Central Africa through military and diplomatic intervention. It subsequently entered the Southern African Development Community as a vehicle for improving ties with its largely Anglophone neighbours to the south. Zimbabwe and Namibia joined Angola in its military interventions in the Democratic Republic of the Congo and later in Congo Brazzaville.

Since 1998, Angola has successfully worked with the United Nations Security Council to impose and carry out sanctions on UNITA. More recently, it has extended those efforts to controls on conflict diamonds, the primary source of revenue for UNITA during the Civil War that ended in 2002. At the same time, Angola has promoted the revival of the Community of Portuguese-Speaking Countries (CPLP) as a forum for cultural exchange and expanding ties with Portugal (its former ruler) and Brazil (which shares many cultural affinities with Angola) in particular.

India and Angola have traditionally enjoyed friendly relations dating back to the pre-independence era of Angola. India supported Angolan freedom struggle against the Portuguese colonial rule until the country attained independence in 1975. Later, India continued to support the MPLA (Popular Movement for the Liberation of Angola) which has remained at the helm of affairs of the country since Angola’s independence. After the cessation of the Civil War in the country, India’s trade with Angola showed a perceptible increase. India´s imports from Angola registered considerable growth basically due to bulk purchase of crude oil. In fact, India has become the 3rd largest trading partner of Angola, sharing about 15 percent of Angola´s external trade.

Late Prime Minister Rajiv Gandhi was one of the first Indian Prime Minister to have visited Angola in May 1986 and Mr. José Eduardo dos Santos, President of Angola last visited India in April 1987. Since then there have been many Ministerial delegations exchanged. Intensive discussions for closer cooperation have been held in sectors like Petroleum and Geology, Mines and Oil. In recent years, delegations from Reliance Industry Limited, HPCL Mumbai, Engineers India Ltd. visited Luanda to explore cooperation in the oil and gas sector.

Business delegations, including those organized by CII, of which I was a part visited Luanda in November 2013 and FICCI in May 2014 resulting in a steady growth of bilateral economic and commercial relations. Minister for State (External Affairs) General (Dr) V.K. Singh (Retd) visited Luanda on 15 July 2015 as Special Envoy of the Prime Minister of India to hand over an invitation for the Third India Africa Forum Summit in New Delhi. In Oct 2015, Vice President of Angola, Mr Manuel Vicente participated in the Third India Africa Summit.

During my many visits to Angola to explore possibilities of projects, I interacted with senior Cabinet Ministers and high officials both in Luanda and also New Delhi whenever they visited India. My last visit to Luanda was as the guest of Jose Eduardo dos Santos Foundation in October 2015 to deliver a keynote address on the theme: “Angola in the context of regional economic integration”. It gave me an opportunity to meet and interact with the strategic thinkers, intellectuals and opinion-makers. They showed deep interest in the success of the Indian economy and indeed the Indian development model to emulate. Angola’s top leadership hopes to derive benefits from the significant advances India has made in recent times in agriculture, industry and technology and especially the IT sector. Their searching questions posed to me clearly indicated that India ought to give much closer attention to Angola.

An important area for cooperation is agribusiness. India has a particular knowledge of a range of areas that Africa would benefit from tapping into to help address its food security challenges, including small-farm mechanisation. Indian investment in agriculture also has the potential to directly boost production. Recently India launched a three-year project in West Africa to help boost the region’s declining cotton industry. A success story in the sector is Ethiopia where Indians are developing new farms. Indian investors have also articulated their plans to spend $2.5 billion on millions of hectares of land in East Africa, to grow pro¬duce such as maize, palm oil and rice for export, mainly to India.

India’s commitment to transferring skills and knowledge to the African youth has been long-standing. The technical training slots under the Indian Technical Economic Cooperation (ITEC) programme have been increased manifold (Over 1000 officials and 15,000 African students receive training in India annually).

What sets apart India’s engagement with Africa is its focus on innovative capacity building programmes and the deployment of ICT to help build a knowledge economy in the African continent. No project illustrates this thrust on innovation and development-driven partnership better than the India-assisted Pan Pan-African e-network that provides telemedicine and tele-education to Africans living thousands of miles away by linking them with top educational institutions and super-speciality hospitals in India. Training institutes would prove to be an asset in Africa’s ongoing efforts to create a new generation of skilled and technology-empowered workers. The Make in India and Digital India missions, launched by the Modi government, will also have ripple effects in its outreach and diplomacy in Africa.

India’s relations with Angola are poised to take a dramatic push to both countries’ mutual advantage. We must not let the opportunity go away.