Diplomatist > Economy > Global Trade Slowdown: Is it a sign of an impending recession?

Global Trade Slowdown: Is it a sign of an impending recession? 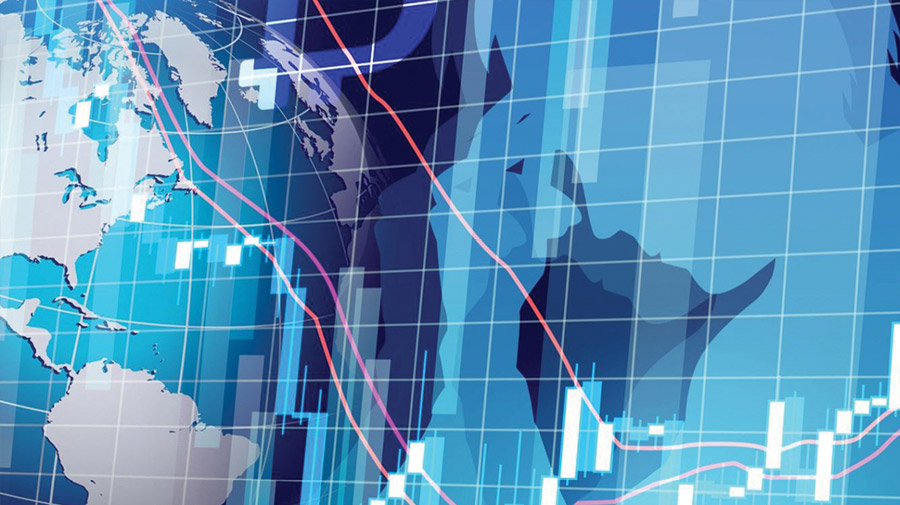 Frankel and Romer, two reputed economists in one of their 1999 papers published in the American Economic Review attempted to answer the question, “Does Trade Cause Growth? Despite voluminous theoretical and empirical literature, the authors had a purpose and used bilateral trade data for some 63 countries for 1985. The overall results confirmed that geographic factors did matter for trade and growth relationships. To quote the authors, “Trade raises income ……Trade appears to raise income by spurring the accumulation of physical and human capital and by increasing output for given levels of capital”. Thus the results also implied the importance of strengthening trade promoting policies. But a reading of recent global trade data suggests countries are missing out on this evidence-based lesson now. Trade tension between some countries has been one of the major factors in causing lower growth of the world economy.

During much of 2017-18, the global economy performed pretty well, with the IMF projecting it to grow at 3.9 percent for 2018 and 2019. However, during the past one year, one could see significant changes in terms of the significant weakening of the health of major regions of the world economy – ranging from the European Union (EU) to the Unites States and China. If it was auto sector disruption in EU member countries, the United States and China witnessed escalated trade tensions.  There was also economy-wide stress in Latin America and West Asia. IMF’s world economic outlook has got its global growth forecast at 3.2 percent for 2019 and 3.5 percent for 2020. This is lower than the April projections for both years. How much of it could be due to weakening world trade? The economists of the WTO expect a decline in the growth of merchandise trade volume to 2.6 percent this year from 3.0 percent in 2018. But this trade slowdown started a few years earlier as evident from global trade data. As analysed in one of the SBI research documents merchandise exports declined to $15.9 trillion in 2016 from around $18.3 trillion in 2011. Imports too saw a decline to $16.2 trillion from $18.5 trillion during the same period. Overall, the global merchandise trade declined by 3.0 percent in 2016 in contrast to double-digit growth during the period 2003 to 2011. The underlying factors causing global trade slowdown as pointed out by IMF are the much talked about worsening US-China trade war, with the US further increasing tariffs on Chinese imports and a retaliation by China, Brexit related uncertainity, geopolitical tensions, and the drone attack on the Oil facilities of Saudi Arabia having possible impact in flaring up energy prices.  These developments on the global trade front pose a challenge to sovereign policymakers in ensuring global activity pick up during the second half of 2019. One could also raise a question, “Is Global trade slowing due to slower growth and the causality is in the reverse direction? The reason may be due to the nature of global trade growth, which is investment-and-consumer-durables intensive, has also taken a beating due to the slowdown in growth. The slowdown in emerging markets, and particularly in developing Asia, could have contributed to this trade slowdown.

The IMF also opined that such weakening of trade spirits reflected the US-China trade tensions, in turn creating obstacles for investment. Surveys on trade particularly forecast a pessimistic environment for trade. Nevertheless, the service sector has been relatively resilient to the headwinds blowing against the economic activity. The escalation of trade tensions, suspension of British parliament and fears of US sanctions on Iran undermined market confidence. On a positive note, post the G20 summit in June, the US and China have signalled avoidance of further tensions and moves to table an agreement. This development has averted a further drop in market sentiment. It may also be noted that this US-China trade war is not an entirely new phenomenon. History has several instances of bilateral trade wars such as Italy versus France during 1886-95, US versus France and Germany in 1962, and US versus EU during 1993-2001. In most of these cases, the war involved the imposition of tariffs on some commodities resulting in retaliation from the other side. But these bilateral trade wars never resulted in magnified multilateral trade wars. It’s true that the US in the current regime did take a number of protectionist measures, which reminds one of the articles entitled “The Folly of Free Trade” published in the September 1986 issue of Harvard Business Review by John M Culbertson. Culbertson articulated threats of free trade as an unequal national competition, wage competition among nations, and comparative advantage as a myth.  He called for urgent attention for the US economy in terms of “actions to stop unfairly advantaged imports from undercutting US production”. To quote Culbertson, “The delusion that free trade is the road to worldwide affluence has influenced many countries; the delusion will hurt many of them. We need to escape from this belief and build a new system of international trade—one that rests on realism and mutual benefit for all nations”. What is in store for the near future? Given the murky backdrop of trade-tensions between the US and China, the uncertainty surrounding Brexit, flaring geopolitical tensions in West Asia, the global trade has been affected the most. The drop in economic activity, both in the developing and developed worlds if persists over the next 4 to 8 quarters, an impending recession could be the reality. But there is still a ray of hope if others take advantage of the US-China trade war and turn this crisis into an opportunity by expanding their own trade with each other. National macroeconomic policy actions with appropriate fiscal-monetary policy mix will help global growth at this juncture.