Glaring Anomalies in The Trump Impeachment 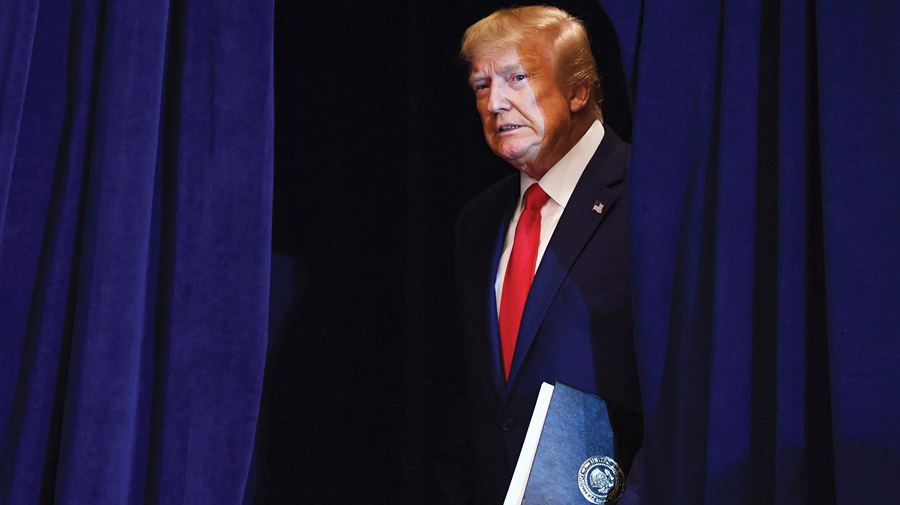 The Democrats in the House have made an impressive showing in the impeachment hearings so far. They have made known that they have several more star witnesses. On their part, a few of the Republicans in the House did put the two diplomats off-kilter for a few embarrassing minutes when they posed the question whether any of them had personally seen any written Trump missive to the Ukrainian President which could be construed as quid pro quo. Another aspect they repeated frequently was that while the Obama Administration had dithered on providing lethal arms, the Donald Trump administration had done so including the supply of Javelin anti-tank missiles that the Ukrainians were demanding. From the hearings so far most Democrats would have realized that from what had transpired so far, impeachment was a charge that might not hold water; Rejection by the Republican majority in the Senate becoming a later development, should it come to that. Therefore, it appears that the Democrats would generally be satisfied were the proceedings to expose Trump and the manner in which foreign policy was being run during his watch. They hope that it would make a dent in his vote bank. What then are the anomalies that the Democrats would be loath to touch upon and the Republicans to date have failed to highlight? The most glaring ones are summarized in the ensuing paragraphs.

The matter raised by the diplomats who kept returning to it during their deposition related to the informal channels that were working simultaneously. Without saying it in so many words they opined that these undermined the formal channels and by implication were irregular and were being used to further the President’s agenda. It would have been known to such seasoned diplomats that what they term irregular diplomacy and what countries around the world term back channel diplomacy, is fairly common. Heads of state often conduct the same through their National Security Advisers and very often through special representatives in whose discretion they have full confidence to deliver sealed missives directly to the head of state being contacted. There are so many examples of past Presidents of the United States doing the same. The most important one was during the Cuban Missile Crisis when President Kennedy used his brother Robert Kennedy for back channel diplomacy with his Russian counterpart. The back channel diplomacy succeeded. The Russians agreed to withdraw their missiles from Cuba and the world released its breath. The quid pro quo was the withdrawal of Jupiter missiles from Turkey. Several examples can be cited from actions by other countries in the two World Wars and throughout the Cold War. These often avoided more serious outcomes. The practice was followed by the adversaries in the Cold War. After the War years, many heads of state and their governments started using these for what has been termed as parallel diplomacy or quiet diplomacy far removed from the media and prying eyes. India and Pakistan have been using the same for decades. It has more often than not dampened situations that could have become explosive.

Clandestine actions by former US presidents to further their agenda have taken place in the past from time to time. Many never came to light while others were revealed or unearthed well after the events. The most questionable and controversial one took place during the Ronald Reagan presidency. It related to what became known as the Iran Contra Affair. It seems to have been directly conducted from the White House under the aegis of the President. In the Iran-Contra affair, the Reagan administration secretly sold weapons to Iran to bring about the release of American hostages held in Lebanon. Money from the Iran weapons-sale was then used to fund the Contras, a group of guerrilla “freedom fighters” opposed to the Marxist government of Nicaragua. Col. Oliver North who met President Reagan on several occasions was chosen to carry out the negotiations. It was also known in Iran as the McFarlane Affair. Oliver North was indicted on sixteen charges in the Iran–Contra affair and found guilty of three—aiding and abetting obstruction of Congress, shredding or altering official documents and accepting a gratuity. His convictions were later overturned on the grounds that his immunized testimony had tainted his trial.

The most glaring omission in the impeachment trial on the part of Nancy Pelosi and the House democrats was not to have discussed Vice President Biden and his son’s dealings in Ukraine thoroughly prior to commencement of the impeachment hearings, in closed-door discussions if they felt that was necessary. Had they done so many questions that should have been thrashed threadbare might either not have arisen or if they arose they would have done their homework in advance and would have had answers ready. It was not the case. Vice President Biden was heading to become the leading democrat contender to take on Trump in the forthcoming 2020 elections. His chances were considered bright.  Due diligence required that the former Vice President’s and his son’s involvement that many today would term questionable be thoroughly gone into by face-to-face interactions. Should doubts have arisen they might have decided to delay the impeachment hearings till all matters had been clarified to their satisfaction.

It is only a matter of time that Republican senators in the House bring it up as the hearings proceed. Or they might decide to turn the tables decisively in the Senate when the time came were the matter to reach the Senate. So far from what is known the Trump quid pro quo was related to the Ukrainian government investigating the Biden father and son’s dealings. In recent weeks, Trump has relentlessly mocked Hunter Biden, to the point that his presidential campaign began selling shirts that say, “Where’s Hunter?” highlighting that the former vice president’s son had been out of the public spotlight for weeks. At a recent political rally, Trump noted that Hunter Biden had been thrown out of the Navy. Hunter Biden was discharged from the Navy Reserve in 2014 after failing a drug test and has struggled with alcohol and drug abuse. He told ABC News that, “like every single person that I’ve ever known, I have fallen and I’ve gotten up.”

The House Democrats should realize that were the hearings to go deeper towards indicting Trump the tables might be turned on them. Were Mr. Biden to become or have become the Democrat presidential nominee sooner or later the people, the media and even representatives on the Capitol Hill would have raised the question as to whether former Vice President’s dealings in Ukraine were questionable or not as these had started directly or by proxy while he was still in government. Further, was the involvement so deep that were he to ascend to the White House the Ukrainian government would be in a position to demand quid pro quo from time to time.

This article was published in a Washington newspaper in the morning on 18th November before the impeachment hearings of that day commenced and is reproduced herein with author’s permission.

Vinod Saighal
Author retired from the Indian Army in 1995 from the post of Director General Military Training. He is the author of the internationally acclaimed book Third Millennium Equipoise.
Tags:
Republicans impeachment WhiteHouse Trump Democrats
Share:
Share this...