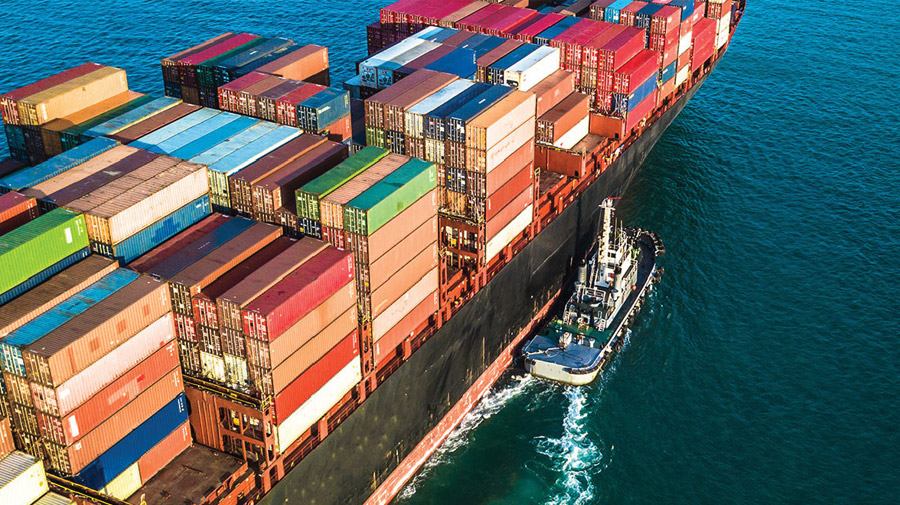 The commerce and industry minister Mr. Piyush Goyal has set the target of $1trillion exports a year in the next five years. The target seems to pretty ambitious given that India’s export was $537 billion for 2018-19. It means we need to double our exports to achieve the target set by the minister. Exports are always considered to be the recipe for economic growth. Though trade economics tells us the benefits of trade in totality i.e. both exports and imports can be beneficial for the economy, individual nations prefer Mercantilism over Ricardian wisdom and gave more importance to exports over imports. Post-1950s, pro-globalisation forces got traction and led to the surge in international trade. The increase in exports brings precious foreign currency and it also increases the employment and output level of the economy. Many countries adopted an export-led growth strategy successfully in the Postwar World. Japan was the first country that effectively followed this policy and becomes the first developed economy country in Asia. Japanese exports grew phenomenally during the 1960s and 70s. Merchandise exports grew at an average annual rate of 16.9 percent in the 1960s and an average annual rate of 21 percent in the 1970s. The path shown by the Japanese economy was picked up by other East Asian countries like South Korea and Singapore focusing more on exports oriented economy. Soon, these economies shifted from third world country status to developed economy status. The export-oriented strategy became a beacon and implemented successfully by many east Asian nations, also known as tiger economies because of their spectacular economic growth in the 1980s and 90s. In all these success stories, focus on the export especially merchandise export was the common thread. This leads to the boom in their manufacturing sector and massive economic development in a short period. China was the last to join the party but once it joined, it started galloping ahead over others. In less than three decades China becomes the second-largest economy in the world and shifted its position from a poor third world country to a middle-income nation. Presently, the Chinese share in the world economy is around 16 percent up from 2 percent till the early nineties.

India, on the other hand, missed the opportunity completely in the first post-war phase of globalisation. We become more inward-looking in the 70s and 80s and paid a heavy price for that approach. Our economic growth was abysmal compared to these economies. In 1950, India’s share in the total world trade was 1.78 percent which reduced to 0.6 percent in 1995. It was only after the liberalization era India did reasonably better to contribute to a 2 percent share of world trade not near to the level which Japan, South Korea, China or other East Asian countries had reached.

Now Modi 2.0 is putting a lot of emphasis on the growth of exports and providing a plethora of schemes to the exporters. The Make in India initiative under Modi 1.0 was the biggest example of this impetus. But sadly our export performance largely remains the same. One can give many reasons to explain this including lack of infrastructure, GST issues, unpredictable tariff policy and of course the slowdown in the world economy. There is something more that is going on at the world level. The contour of globalisation is changing the post-2008 crisis. The pieces of evidence were there even before the crisis but post-crisis became more visible. According to a recent Mckinsey report, trade intensity (that is, the share of output that is traded) is declining within almost every goods-producing value chain although output and trade continue to increase in absolute terms. It is also reported that all global value chains are becoming more knowledge-intensive and observed that low-skill labour is becoming less important as a factor of production because of the increased use of AI and automation that reduces the importance of labor and manual work requirements. These are warning signs for a county like India because of its use of labour-intensive exports as a growth strategy. Only about 18 percent of global goods trade is now driven by labour arbitrage. We can call this shift structural or whatever, but the truth is the world trade has shifted to a different level. Between 2007 and 2017, the world exports declined from 28.1 to 22.5 percent of gross output in goods-producing value chains. India’s export performance for the last ten years is also not very encouraging. The value of our exports has stuck around $30 billion with no growth trajectory (Figure 1).

The silver lining for us could be the fact that the cross-border services are growing at more than 60 percent faster than the trade in goods and we enjoy a comparative advantage in this sector. However, there is the political side of the story as well. Post-crisis the world is witnessing more protectionist voices from different parts of the world especially from the developed world. The sanctions imposed by the trump government and ongoing US-China trade war, the change of regime in the UK and the Brexit decision by the UK and many other similar policies adopted by various countries show the retreat of globalisation or deglobalisation. It can also mean that there is a two-way pressure on world trade both from the changing government policy and with the changing corporate strategy.  This brings us to the fact that it will be very difficult for us to achieve our growth targets on the export-led growth strategy in this changing geopolitical environment. We suggest that India can still do a lot of things to promote exports in a so-called anti globalized world but before that, it has to first acknowledge the changing situation at the world level.

Besides, we can (i) Put more focus on service sector export as the growth in service sector trade is very robust and we largely enjoy a comparative advantage in this sector. (ii) Take advantage of the space created by the US-China trade war. This is also a good opportunity for us to pitch in where a smaller economy like Vietnam have already taken advantage and started exporting more to the US market. (iii) immediate formation of a task force/expert group/committee to analyze, suggest and respond to the changing dynamics of global economy (iv) identifying the products for which the global demand is going to be stable (iii) We need to have an agile trade policy that is adaptable with the dynamic global economic environment. Last but not least, perhaps we need to accept the fact that the world economy has shifted to a new level and export alone may not be able to bring the desired economic growth. We need to look at our domestic economy and strengthen it to further increase our domestic consumption pattern. This, thankfully, we can do as unlike some other smaller countries, we do have a sizable domestic market with rising income and growing aspirations.

Probably we may have missed the ‘bulk ship’ of international trade but the ‘cargo ship’ is still there and we can still board it.