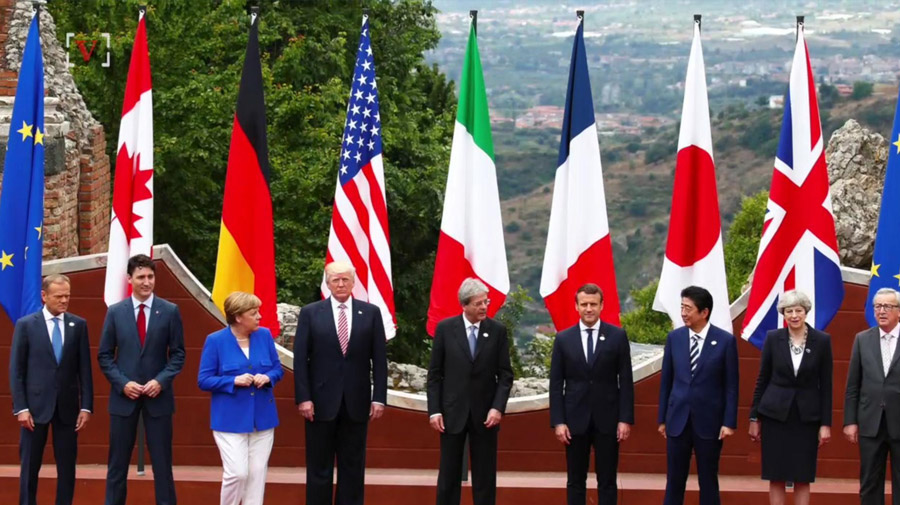 President Ramaphosa of South Africa was invited by French President Macron to participate in the 2019 G7 Summit, which was dedicated to addressing inequalities in its various forms in a global society. The summit was structured into three tracks: G7 and Africa Partnership (South Africa, Rwanda, Egypt, Burkina Faso, Senegal and the Chair of the African Union Commission), G7 and four Biarritz Partners (South Africa, India, Australia and Chile), and the G7 and all partners. During the Summit, President Ramaphosa addressed various summit fora. The participation in the 2019 G7 summit was guided by four strategic foreign policy pillars: advancing national interest to attain domestic objectives; enhancing the African agenda and promoting Africa’s sustainable development support; influencing a reformed global multilateral architecture, and advancing the agenda of the South by strengthening South-South cooperation and North-South dialogue.

The G7 Summit is a forum of the seven countries with the world’s most industrialized and developed economies. They include France, Germany, Italy, Japan, the U.S., the U.K. and Canada. Leaders of G7 countries meet annually to discuss important global economic, political, social and security issues. The G7 Summits usually produce a range of declarations that will form the basis of action plans to address challenges and embrace opportunities identified during the deliberations.

South Africa’s President intended to promote the interests of the African Union and South Africa as a major investment destination and also embark on a working visit to Japan for the Tokyo International Conference on African Development Summit to strengthen the partnership between Japan and African countries. This working visit provided a platform to invite global partners to experience South Africa as an investment destination and trade partnership. As it is South Africa and Japan enjoy good bilateral ties with more than 140 Japanese companies having investments in South Africa worth billions of dollars and this partnership is an enabler for infrastructure development and industrialization throughout the continent. Important expectations include:

Commitment by global leaders to harness the potential of oceans development and the very strong message from the G7 Outreach Summit to place youth and women in particular at the centre of efforts to make inequality history. The G7 outcome provides a window of opportunities for South Africa in terms of:

With South Africa due to become chair of the African Union next year and potential opportunities arising for the continent of Africa with global partners due to  Africa Continental Free Trade,  there is no doubt that the leaders of the G7 will need to reorient their relationship with Africa not only to tackle the challenges but also to unleash the potential and ensure that the continent in general and South Africa, in particular, gets in rightful place in the international map of global economics and trade.