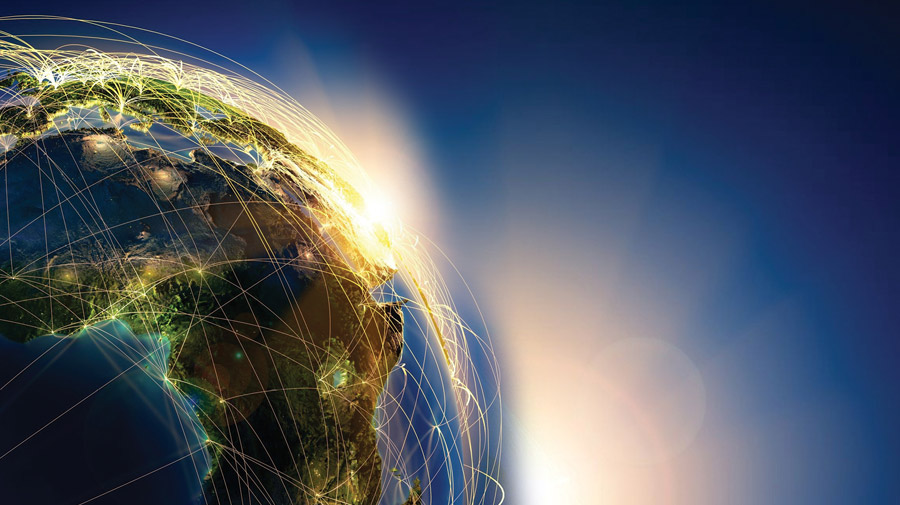 The world is increasingly becoming multi-polar, leading to competition between the great and middle powers for resources and influence around the world. In this regard, Africa is no exception and over the last decade, different powers have intensified their engagement with the continent which not only holds a lot of economic but also security potential. Africa was under the control of European powers from 1884 to the outbreak of the First World War in 1914. Historians highlight this period as New Imperialism or Scramble for Africa. This was followed by the process of decolonisation in Africa that began after the Second World War and lasted till the 1970s. The continent is at the centre of great power politics again now as countries like the US, Russia, China, Japan, India, South Korea, France, Germany and UK give a new momentum to their policy in Africa.

China, of late, has ramped up its presence in Africa and emerged as the biggest trade partner of Africa. In 2009, China surpassed the United States as Africa’s largest trading partner, and by 2018, China’s trade with Africa is more than $200 billion. In the security sphere, China established its first overseas military base in Djibouti in 2017. The Chinese military base is in close vicinity of the US base in Djibouti, established earlier to help and facilitate America’s counter-terrorism operations in Africa. China is the second-largest supplier of weapons to sub-Saharan Africa after Russia, accounting for 22 percent of arms transfers to the region. Russia has also been active in Africa in recent years and the first-ever Russia-Africa summit was recently held from October 23-24 in Sochi, Russia, marking the culminating point of the return of Russia to Africa, with more than 50 African leaders and 3,000 delegates invited. Energy has become the main sector for Russian investments and the concept of energy diplomacy has emerged with investments made in gas, oil, and nuclear power. Namely, Russian geologists are active in countries including Ghana, Madagascar, and Libya and large oil companies such as Rosneft and Lukoil are fighting to dominate the market of oil investments through the creation of oil and gas fields in countries including Egypt and Mozambique.

The US is trying to balance both, Russia and China in Africa. Former National Security Advisor of US, John Bolton had presented the Trump administration’s “New Africa Strategy”. The document says that the Great power competitors, namely China and Russia, are rapidly expanding their financial and political influence across Africa. They are deliberately and aggressively targeting their investments in the region to gain a competitive advantage over the United States. Bolton also blamed Russia for continuing to sell arms and energy in exchange for votes in the United Nations and claimed that both China and Russia were extracting resources from the region for their own benefit. For a long time, the US has viewed Africa as a battlefield where it can confront its enemies, whether the Soviets during the Cold War, terrorists after 9/11 or now the Chinese. Washington has never really made a concerted effort to develop its economic relations with the continent. As a result, trade between the US and Africa has decreased from $120 billion in 2012 to just over $50 billion in 2018. Apart from the US, China and Russia, Many other nations have also established military bases in the country, including France – the former colonial power – Italy and Japan. The French military base in Djibouti is hosting troops from Germany and Spain. On the other hand, some of the parties to the GCC crisis, such as Saudi Arabia and the United Arab Emirates, have established military bases in Eritrea and Somaliland, while Somalia is hosting Turkish troops.

There are other powers like India, Japan, and South Korea as well which have been increasing their engagement with Africa. India’s trade with Africa was around $70 billion in 2017 while India has been helping the African countries in capacity building in areas like education, health and digital connectivity. India and Japan have come together to initiate the Asia Africa Growth Corridor (AAGC). The idea of AAGC emerged in the joint declaration issued by Prime Minister Narendra Modi and Prime Minister Shinzo Abe in November 2016. The AAGC will envisage people-centric sustainable growth strategy through a process of detailed consultations across Asia and Africa, engaging various stakeholders. There are four pillars of AAGC – development and cooperation projects, quality infrastructure and institutional connectivity, enhancing capacities and skills and people-to-people partnership. The centrality of people to people partnership would be the unique feature of this initiative.

African experts have highlighted that at the moment, Africa does not have a serious, unified strategy or the institutional capacity to effectively respond to this so-called “new scramble for Africa”. It is true that, in 2016, the African Union (AU) introduced an ambitious strategic framework called Agenda 2063 but this agenda does not include a clear and coherent strategy on increasing foreign presence and competition in Africa. The AU should develop a coherent, unified and comprehensive strategy to deal with the three superpowers’ competition over its natural resources and engage all three superpowers to cooperate with Africa instead of exploiting it. It should swiftly implement robust institutional reforms and start acting as the decisive power on the continent. Most importantly, African masses, civil society, youth and women groups should play a leading role in Africa’s relations with the world – the era of gatekeepers must end.

Neetu Arpan Grover
Author is a former news anchor with INB-7 and now a freelance journalist based in Hyderabad.
Tags:
AfricanUnion US AAGC Africa Russia
Share:
Share this...