US-Iran Rift and its Implications 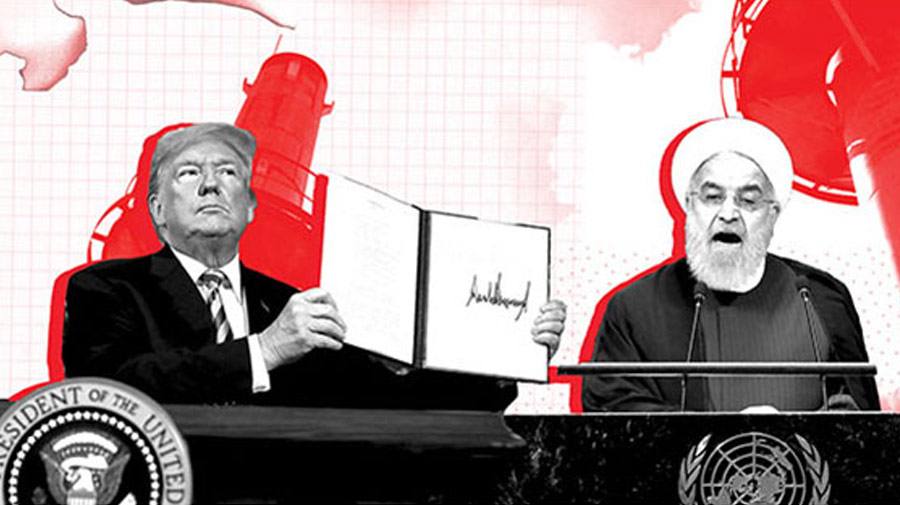 Americans are in a difficult position, and they have to retreat from the implementation of the “policy toward zero export of Iranian oil” despite the high cost of diplomacy because they know they will succeed in implementing this policy, which will be able to report the closure of the Strait of Hormuz in the newspaper.

In the morning, without worrying about rising fuel prices for their cars in the afternoon! “To the extent that Bob Woodward, the American author of the book,” Fears, “admits,” the defeat and anger are the characteristics of these days of the White House. Because of this, the United States announced that it would take the necessary measures to exempt countries from penalties.

Iran’s successful experience in resisting and circumventing previous sanctions, opposition from different countries to new sanctions, US embargo on other countries … Finally, the emergence of “the determination to stand up to US sanctions policies in the world” The American Sanctions Weapon razor becomes slower than ever. American think tanks of the Atlantic Council, Heritage, and the Center for Strategic and International Studies have reported in separate reports that “complex economic and geopolitical considerations make it extremely difficult to predict the effectiveness of sanctions, and that Tramp’s tweets about the most severe sanctions against Iran are just psychological warfare. US Ambassador to Tel Aviv David Friedman also said in response to the Israeli news agency Hume: “I’m not a Prophet to predict the future of sanctions!” So the US’s excessive use of sanctions against more than twenty countries in the world has led them to think of forming a “new economic-political bloc” that can be the basis for the collapse of the domination system in international relations. As evidence of progress toward this apparent “International sanctions have warned that” US sanctions will create an “ecosystem of sanctioned actors” that can make sanctions “ineffective” on the basis of “independent policies” and “common interests”. Russia also writes “In the near future, the sanctions imposed on the first and quickest action by replacing the national currency the commercial amalgam will leave the dollar.”

Gen. Petraeus, who previously served as head of the United States military headquarters in the Middle East, East Africa and Central Asia, claimed that the system was designed to deter and enhance the region’s defense capabilities against missile power at the announcement of the establishment of a US missile shield in the Persian Gulf. Iran has spelled Petraeus out the message that the United States will support the Persian Gulf States with Iran’s intermediate and long-range missile defense capabilities by deploying this defense system. The United States is trying to introduce Iran as a country that wants to disrupt regional order and dominate neighbouring countries. In a joint statement by the Persian Gulf Cooperation Council and the United States, after the 2015 May summit, Camp David said, “America and Gulf Cooperation Council countries are opposed to Iran’s actions to undermine the stability of the region and will confront it and engage in dialogue will continue to strengthen the security structure of the region? The United States will act as part of this effort to strengthen the capacity of the GCC states to defend itself against foreign invasion, including strengthening air defense and missile, naval and cybersecurity.

The anti-Iranian coalition has to be integrated, which requires serious grounds for this. The Persian Gulf’s anti-missile shield, in which the political and financial interests of the elite ruling in Washington, Tel Aviv and the Persian Gulf states are intertwined, can play the role of the best basis for their unification.

Iran’s fears are in the sense of excessive and irrational fears of Iran, especially with the magnitude of the threat of nuclear deal. Right-wing Ramadan believes that Iran was the first to appear during the peace talks between Egypt and Israel in the late seventies and early eighties. To convince its public opinion that peace is possible with the Arabs, Israel needs an external threat to replace the threat of Arab countries. The victory of the Islamic Revolution in Iran and the opposition to Camp David’s peace accord were a golden opportunity for Israeli states to present a threatening image of Iran.

In other words, Iran’s fear is a strategic project in which Iran is portrayed as a major threat to the region, as well as a threat to global peace and security, and it is portrayed as a disturbing and disruptive player in the international system. This approach is pursued by the United States and Zionism with the aim of marginalizing the Islamic Republic of Iran.

Iran fears that Iran is seeking to acquire weapons of mass destruction, especially nuclear weapons, in order to defend itself against Israel, which already has access to these weapons. Meanwhile, Israel is severely threatened by Iran’s pursuit of nuclear energy and pressured the United States to stop its nuclear activities as soon as possible. According to a poll, seventy-one percent of the Israeli people believe that if the diplomatic efforts to stop Iran’s nuclear activities are to be effective, America must launch a pre-emptive strike Iran against. The Israelis have devised numerous plans to attack Iran’s nuclear facilities and even examined its implications. Meanwhile, David Menashri, director of the Center for Iranian Studies at the University of Tel Aviv, acknowledged that Iran was not a threat to Israel’s existence and survival.

James Bale considers the Iran-Iraq phenomenon to be the result of Iran’s independence from the United States. “America is trying to prevent the emergence of regional independence hegemony,” he says. As their behavior is more independent, the United States puts more pressure on them. Also, the more universal the world hegemonic (i.e., the United States) and the different regional hegemony are the wider political tensions will emerge between them.

According to this view, the United States is pushing for a wave of Iran’s fears in the region and the world that Iran is trying to behave independently of the global hegemony and its worldview is very different from the global superpower.

In general, Iran’s fears and the psychological warfare of the Western media against Iran can be summarized in seven axes: 1. Inducing Iran’s access to nuclear weapons; 2. Iran’s support for terrorism; 3. Human rights abuses in Iran; The invasion of Iran’s defense technology; 5. The involvement of the Islamic Republic of Iran in the affairs of countries; 6. The Islam city of the political system in Iran; 7. Instigation of Iran’s opposition to regional peace and stability.

Iran is the only country that, according to the United States, threatens its interests in the region. From the perspective of Americans, Iran is seeking to acquire nuclear weapons. Americans claim that Iran’s reluctance to abandon its nuclear program has jeopardized its interests in regional stability, Israeli security and the non-proliferation regime. Americans believe that Iran’s assistance to Islamist groups in Iraq, Lebanon, Yemen and Gaza will lead to the spread of terrorism and instability in the region. Also, Iran’s threat to close the Strait of Hormuz has added to these tensions. The United States of Arab and United States in the region claimed Iran’s support for Shiite groups in these countries, expressing deep concern about Tehran’s expansionist and hegemonic tendencies. Analysts say those authoritarian countries in the region, such as Saudi Arabia, Yemen and Bahrain, crackdown protest groups and democratic and legitimate demands of their people on the pretext of engaging in Iran.

From the perspective of the Americans, two threats from Iran may threaten the interests of this country in Southwest Asia. First, Iran would face nuclear demands from other countries, such as Saudi Arabia, in the event of a nuclear bomb and nuclear capture. Under these conditions, the freedom of action of the United States and Israel in the multi-polar nuclear area is facing a lot of restrictions. Secondly, in the event of an Israeli-American military strike against Iran’s nuclear facilities to prevent Iranian nuclear and retaliatory attacks, US interests in the region are falling down at the stake. Americans claim that Iran, in addition to its nuclear program, in its asymmetric capabilities in the Persian Gulf, threatens the obstruction of the Strait of Hormuz, links to al-Qaeda, political rhetoric on retaliatory and demonic attacks, the interests of the United States and its allies in the region risked.

What is called the “Iran of Persecution” is based on the background of some realities in the region and the indebtedness and specific representation of some other events, in the light of which, the cost of power generation in Iran is increased, so that the transfer of power becomes impossible. In fact, the type of representations made by Iran by the Western media is such that by neglecting many of the events and even their hearts, they generally present a frightening and threatening portrayal of the various activities and issues of the country that can be the culmination of this propaganda and psychological warfare.