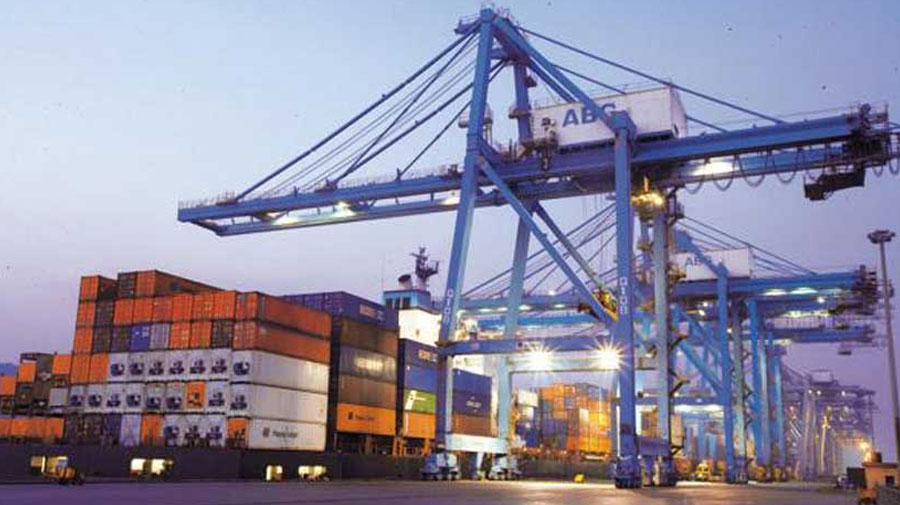 “The Nile and the Ganges are mighty rivers by themselves, but when they join hands, no might in the world will be able to stop their natural flow and progress.” – External Affairs Minister Salman Khurshid on his visit to Khartoum in 2014

India and Sudan are to achieve new heights in trade cooperation as the focus of commercial ties shifts from oil, investments and capacity building to agriculture. India-Sudan bilateral trade has hovered around USD 327.27 million in 2005-06 to USD 1663.7 million in 2018-2019. India is the third-largest exporter to Sudan after China and Saudi Arabia and has been exporting petroleum products, manufactured goods, machinery and equipment, chemicals, pharmaceuticals, textile, transport equipment and foodstuff including wheat, wheat flour, sugar, animal and vegetable oils. In 2005-06, India’s total export to Sudan was worth USD 294.65 million and it increased to USD 920.8 million in 2018-19. India mainly imports sesame seed, gum, cotton, hides and groundnuts from Sudan and the total import increased from USD 32.62 million in 2005-06 to USD 742.9 million in 2018-19. It is noticeable in the table below that during the 2007-08, India’s import from Sudan grew more than 300 percent owing to the signing of the Comprehensive Peace Agreement in 2005 and the soaring Indian economy.

Four years after Sudan began to export oil, India decided to invest more than USD one billion in the oil sector and it redefined the India-Sudan trade relations. India invested approximately USD 2.3 billion in Sudan and South Sudan through ONGC Videsh Limited (OVL). At this point, Sudan was seeking to broaden its Asian economic partners while overcoming western isolation and countering China’s over dominance. The oil sector also boosted Indian exports to Sudan with the pipe maker PSL Ltd. winning a USD 190 million contract to supply 785 km of the pipeline for the Melut Basin Oil Development Project. The Ministry of Petroleum & Natural Gas of India and the then Ministry of Energy and Mining of Sudan signed a Memorandum of Understanding on Promoting Cooperation in the Oil and Gas Sector in December 2009 and the first meeting of the Joint Working Group (JWG) was held in Khartoum on 29-30 November 2010. Despite oil remaining a central factor India Sudan trade ties, infrastructure, agriculture, transport, energy and services emerged as new areas of cooperation.

In 2005, when the Foreign Minister of the Republic of Sudan, H.E. Dr. Mustafa Osman Ismail paid an official visit to India, discussions were held to enhance bilateral cooperation in the hydrocarbon, power, small-scale industries, civil aviation, agriculture, infrastructure, IT, health care, pharmaceuticals and other development-related sectors. The India-Sudan joint statement mentions that it was agreed to look at ways and means of strengthening the framework and expanding areas of cooperation. Dr. Ismail and his delegation interacted intensely with Indian public and private sector organizations and companies dealing with major infrastructure, hydrocarbon, power, IT and other sectors as well as with business organizations, FICCI, CII and ASSOCHAM.[i]

Lines of Credit Multiple lines of credit from the EXIM Bank of India totaling almost USD 742.12 million have been provided to foster Indian investment in Sudan.

Investment & Capacity Building India has been engaged in investment and capacity building in Sudan in a massive manner. In 2005, Indian Railway Technical and Economic Services provided three locomotives to Sudan Railway Corporation to replace an aging fleet and a year later India’s Ministry of Nonconventional Energy Sources funded a solar electrification system for a Sudanese village. After the successful implementation in Khadrab, the project has been replicated in other villages. In August 2006, at a business fair in Sudan’s capital, 75 Indian companies explored business opportunities in the oil sector as well as in power, infrastructure, textiles and agriculture under the slogan ‘Indian enterprise, Sudan advantage’.[i] The same year, Sudan signed the Pan-African ENetwork Country Agreement with India for the establishment of a satellite and fibre-optic network aiming to provide effective communication and connectivity.

Indian investments in various sectors of Sudan was around US$450 million in 2015, as per Ministry of Industry figures.[ii] A number of steel units like Liberty Steel and Aarti Steel are owned by PIOs. The pharmaceutical industry of both the countries have close ties and major Indian brands like Tata, Mahindra and Bajaj have invested in Sudan. India funded the USD 50 million project of Pan-Africa e-Network for the whole Africa including Sudan implemented by Telecommunications Consultants India Ltd. India introduced the eVidya Bharati (tele-education) and Arogya Bharati (tele-medicine) [e-VBAB] to Sudan in 2018.

Agriculture: The way forward Agriculture is another area where the government of Sudan has sought to cultivate relations with India. At the India-Africa Forum Summit in New Delhi, former Indian Prime Minister Manmohan Singh said that Sudan had tremendous potential and it had the capacity not only to feed the whole of Africa, but also the rest of the world.[iii] India has provided several lines of credit to support agriculture and livestock investments in Sudan. Punjab Chief Minister Parkash Singh Badal met a high-level Sudanese delegation from Khartoum State in early 2010 to assess the initiation of joint ventures in agriculture and other sectors.[iv] Since Sudan is a predominantly agricultural economy and oil production is declining in the GNPOC blocks, it seems practical to invest in its agriculture sector. Joint Statement of the 4th India-Africa Trade Ministers recommends that the Cotton Technical Assistance Programme being implemented by India to strengthen the cotton and textile sector shall be expanded to Sudan. In April 2019, a six-member delegation from Sudan visited Kerala Agricultural University to explore the possibility of introducing cassava (tapioca) as a food crop in their country. The delegation visited cassava cultivation plots to study the production and post-harvest processes.

Traditional Sudanese dishes include millet porridge, mashed fava beans and corn or sorghum flatbread, however, with changing lifestyle, Sudan is compelled to depend on wheat import which causes a dent on the exchequer as well as the economy. As agriculture forms an important part of the Indian economy, it can share experiences and techniques with its counterpart and this can form a new pillar of India-Sudan trade ties.