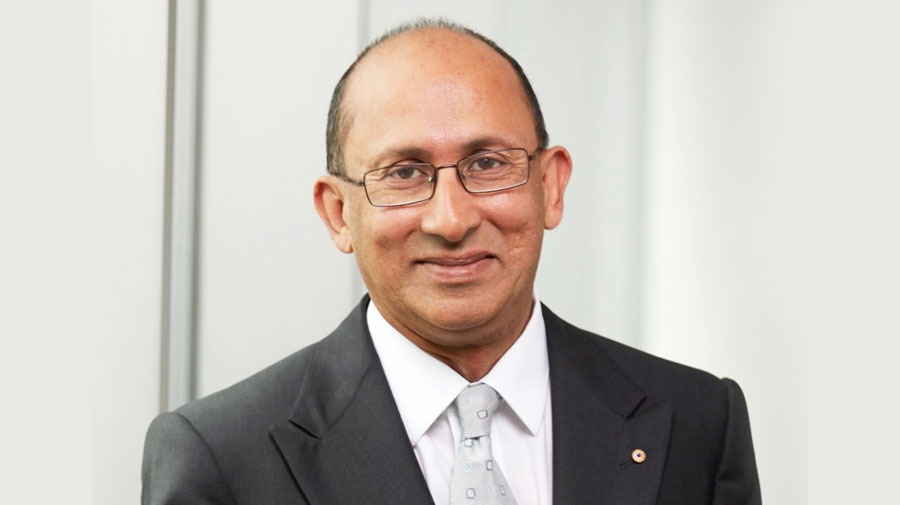 Australia and India share a commitment to a rule-based international system and we both want to see stronger institutions in the Indo-Pacific”, says retired Australian Diplomat and Secretary of the Department of Foreign Affairs and Trade, AO Peter Varghese. In a candid interview with Kanchi Batra, Business Editor of Extraordinary and Plenipotentiary Diplomatist, the Chancellor stresses on the importance of stronger business to business relationship between India and Australia.

Q. Your report titled “An Economic Strategy for India to 2035: Navigating from Potential to Delivery” aims to put substance into a growing strategic relationship between Australia and India. What is the main analytical conclusion of this report?

Our strategic interests are converging. We are both grappling with how to manage the decline of US strategic predominance and China’s more clearly articulated objective of becoming the predominant power in the Indo Pacific.

Australia and India also share a commitment to a rule-based international system and we both want to see stronger institutions in the Indo Pacific such as the East Asian Summit.

All these factors point to a stronger strategic partnership: not an alliance relationship because India is not interested in alliances, but the prospect of working more closely together including in groups like the so-called “Quad” (US, Japan, India, and Australia)

Q. With the US pulling out of Trans-Pacific Partnership, how much of a lead role can Australia take in promoting multi-lateral and free trade within the Asia-Pacific?

Australia has been a leading advocate of multilateral trade, globally and regionally, for many years. We see it as serving our national interests.

The US withdrawal from the TPP was most unfortunate. But Australia worked very closely with Japan and others to conclude the TPP 11 agreement and that was a big step forward.

In terms of India and Australia, our focus now should be on concluding RCEP and then it may be possible to look at a broader FTA across the region. That is one reason why I have recommended that Australia take the lead in bringing India into APEC. The more India is integrated into the trade and investment patterns of the region the better. We all must resist the calls of protectionism. Our future prosperity depends on opening up trade and investment not closing our economies.

Q. Could Japan be considered as a viable partner for Australia while assuming leadership within the Asia-Pacific region?

Australia has a close relationship with Japan. It has grown into a genuinely comprehensive strategic partnership. The same can be said of India and Japan.

When I was Foreign Secretary we set up the trilateral Australia-Japan-India dialogue. That reflected the reality that our interests were converging. We should look to further strengthen this trilateral relationship because we are like-minded on many of the big challenges facing the broader region.

Again we are not looking at an alliance of these three countries but certainly a deep strategic partnership.

Q. Australia and India have a strong and productive bilateral partnership. But the collaboration has fallen short of its potential. What factors could be responsible for this and what can be done to broaden and deepen the bilateral trade?

There are many reasons why there is a gap between enthusiasm and substance in the economic relationship. Australian business has yet to focus closely on India. Perceptions of the Indian economy are dated and for too long India has been put in the “too hard” basket.

The purpose of my report is to bring a more up to date picture of the Indian economy to the attention of the Australian business community. But more than that to give Australian business a sense of where to focus both in terms of sectors and states in India. There is a growing structural complementarily between our two economies and that is what will drive trade and investment in the future.

The report identifies ten sectors where Australia has some competitive advantages in the Indian market. Education is listed as the flagship sector with resources, agribusiness, and tourism as lead sectors. The other six sectors are more niche sectors for Australia such as health, financial services, infrastructure, urban planning, sport and science, and innovation.

The report also emphasises the role investment can play in expanding the relationship. I have suggested a target by 2035 to treble exports and to increase Australian investment in India by a factor of ten.

Q. Cooperation between Australia and India spans a range of areas like education, skills training, defense, technology, sports, tourism etc. Are you satisfied with the way things are taking shape? What more, according to you, needs to be done?

We can always do better and the report sets out steps we can take to this end. Each of the ten sectors identified in the report contains recommendations on how to make more progress. It is a very detailed strategy flowing from the gap between supply and demand in the Indian economy which will only grow as the Indian economy grows.

I have also recommended that each of the ten sectors has a ministerial champion in Australia who can help ensure that opportunities are identified and progress made. But the lead will have to come from business because trade is done by them not governments. So we need a stronger business to business relationship and it needs to be a two-way street.

Q. The Australia-India Comprehensive Economic Cooperation Agreement, a bilateral free trade agreement has been described as being “on the cusp” of completion for a number of years. What mutual advantages would a Free Trade Agreement bring?

An FTA remains a useful objective. It will provide more legal certainty to trade and investment and enhance market access. It would also facilitate investment. As with all FTA negotiations each side has its wish list.

But an FTA is unlikely to be concluded soon because our positions are still too far apart. That is why I have recommended that for now, we focus on the RCEP negotiations and once that is done we see what more needs to be covered through an FTA.

There is a lot we can do without an FTA. Indeed the strategy in the report is not contingent on an FTA although obviously it would be made easier with an FTA.

Q. What role, in your opinion, Australia and India can play in order to pursue the common vision for a sustainable and prosperous future in the Indian Ocean Rim Association (IORA)?

IORA is still in its early stages as a regional institution. The core challenge here is that it is not yet a deeply integrated region from a trade and investment perspective in the way that the Asia Pacific is. This needs to be the larger agenda of IORA.

There are also synergies between IORA and the Indo Pacific concept although the footprint of the latter is, in my view, smaller than IORA. Maritime cooperation, tourism, and fisheries are other areas where IORA countries could do more together but all of this will take time.

Australia and India are natural partners in IORA and we have worked well together to build it up. We are both at the ambitious end of what we wish to see IORA become.

Q. From the perspectives of ASEAN, kindly give us a sense of the past, present and future prospects of the trilateral relationship.

I think trilateralism will grow more at the country level than with ASEAN as a whole. For instance, we now have an Australia-India-Indonesia dialogue and that is important.

We both attach importance to ASEAN. Australia was ASEAN’s first dialogue partner and the countries of SE Asia are very important to both of our countries from an economic and strategic point of view.

If we want to strengthen the institutions of the Indo Pacific and embed some core principles in the strategic culture of the region then ASEAN will have to play a key part. The concept of ASEAN centrality flows from the fact that it can do things which the great powers cannot include an ability to convene. We need to work with this. But we also need to be realistic. Forging ASEAN consensus is a slow process and we have to work with the grain of the organization. That is one reason why in some areas we may make more progress with individual ASEAN countries than with ASEAN as a whole.