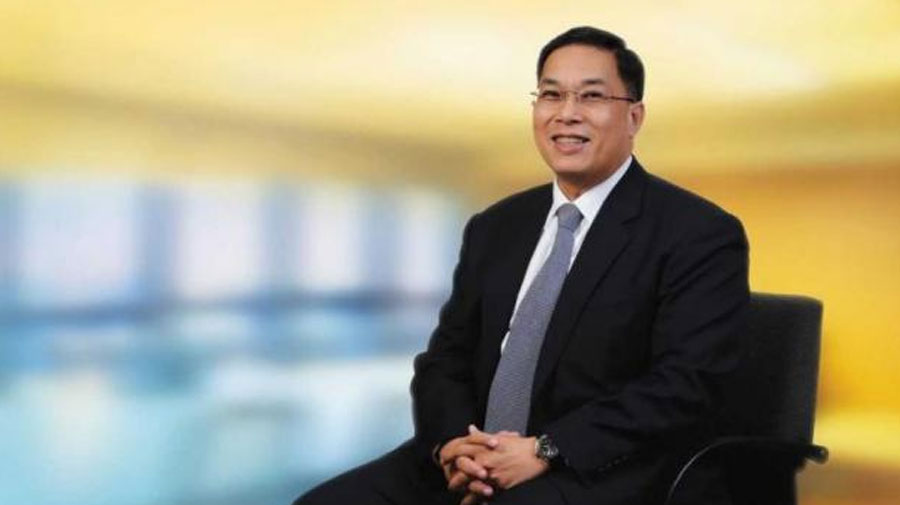 As Thailand assumes the chair of ASEAN for the year 2019, The Diplomatist spoke to the Ambassador of Thailand to India, H.E. Mr. Chutintorn Gongsakdi who shared his vision on furthering the cooperation between India and ASEAN. Excerpts…

I am satisfied with the progress of trade values between India and ASEAN which have grown every year. However, being dynamic regions, as well as both land and maritime neighbours, ASEAN and India can still do more and there is still much more potential to tap into. In my view, India will grow into one of the vibrant engines driving the regional and global economies, while the ASEAN Economic Community (AEC) will further consolidate into a strong seamless economic space with a 635+ million market with a growing affluent middle class. The closer integration of India and ASEAN would complement each other, not only in terms of trade and investment values but also politico-security and socio-economic well-being. The foundation of these relations is the enhancement of both software (rules and regulations) and hardware (land, sea, air, as well as IT) connectivity among India and ASEAN.

Q. The trade between both regions has increased substantially, however, it is skewed against India. What sort of role do you want India to play?

In the context of globalization with the flow of regional and global supply/value chains, trade values can at best only be an approximation of the success of any globally-linked economy. To be more competitive in the global market, India, as well as all the ASEAN Member States, should continue to work on free and fair trade, enhance its Ease of Doing Business (EoDB) ranking, facilitate the movement of capital, continue the fight against corruption, resist protectionism and have policy-making which understands, reflects and works with global and regional supply/value chains.

Q. Better transport connectivity is critical to India-ASEAN relations. Unfortunately, there are no railway links, poor road connectivity and, inadequate maritime and port facilities. Two major connectivity projects, viz., the Trilateral Highway between North East India and Myanmar and onwards to Thailand (and Laos and Vietnam) as well as the Kaladan multi-modal transit and transport project, have been under implementation for several years. Could you please dwell on this issue?

Physical connectivity is one of the main dimensions of the Master Plan on ASEAN Connectivity (MPAC) 2025. Thailand, as ASEAN Chair 2019 and as country coordinator for ASEAN-India Dialogue Partnership August 2017 – August 2020, is working closely with India to explore ways and means to support the effective implementation of MPAC 2025. The India-Myanmar-Thailand Trilateral Highway, connecting Moreh in India to Mae Sot in Thailand via Bagan in Myanmar, is expected to be finished this year. This will help facilitate a lot more movement of goods, services, and peoples between the Mekong sub region and India’s North Eastern Region. Linking the Trilateral Highway with ASEAN’s East-West Economic Corridor right up to the east coast of Viet Nam and rail linkages are also on the table for discussion.

It is also crucial to enhance the synergies of ASEAN-India connectivity with other sub-regional and inter-regional frameworks such as BIMSTEC, ACMECS, BRI and others as well. “Connecting the connectivities” is key to enhanced connectivity that would bring growth and prosperity and at the same time closing the economic disparity gap in the individual states, regions and beyond.

Apart from physical connectivity, institutional linkages through trade, investment, and services liberalization are also crucial. MPAC 2025 seeks to harmonise, or at least enhance interoperability, between rules and regulations on trade and border management in order to allow ASEAN and India to maximize the benefits from enhanced physical connectivity. We look forward to expediting the completion of pending ASEAN-India agreements such as Air Transport Agreement and Maritime Transport Agreement, as well as more intensive flight and maritime connections between ASEAN and India.

Q. A lot has been discussed about India-Thailand FTA. Can you give us a reality check on this?

Bilateral trade between the two countries has grown significantly and has multiplied more than five times during the period between 2004 and 2018, from USD 2.05 billion to USD 11.5 billion. A major factor lies in the implementation of Early Harvest Scheme (EHS) under the Framework Agreement for Establishing Free Trade Area (FTA) between Thailand and India which was signed in October 2003. The operation of EHS containing 83 products commenced on 1 September 2004.

At present, Thailand and India are in the process of negotiating a comprehensive FTA, covering trade in goods, investment, services and economic cooperation, which would further boost and strengthen bilateral economic ties. At the regional level, Thailand also looks forward to work closely with India to complete a high-quality Regional Comprehensive Economic Partnership (RCEP) agreement within 2019. The global economy and free trade can do with this big win.

Q. How do you view Thailand-India relations? What aspects do you want to focus on bilateral relations?

Trade should reach USD 15-25 billion and there should be 40-50 Thai companies invested in India from the current 30 companies. Thai companies have a strong presence and continue to be interested in further expanding in the Indian market.

The growth opportunity for Indian companies is most clearly focused on Thailand’s Eastern Economic Corridor (EEC) initiative (https://www.eeco.or.th), a hub of growth where ICT, Smart Cities, air and seaports, education, healthcare and recreational facilities, medical hub, biotech, next-generation automotive, aviation among others, will figure prominently. This is Thailand’s big investment in the future. Indian interest is eagerly awaited.

Having been an APEC (Asia-Pacific Economic Cooperation) Senior Official of Thailand, I would like to see India become a member economy of APEC, preferably in 2022, the year of the “New India” and Thailand’s year of hosting APEC 2022. Meanwhile, India might seriously consider to prepare itself, under the APEC’s Guidelines on Non-Member Participation, by engaging in APEC activities, increasing its profile and readiness in becoming an APEC member when the moratorium on new members is lifted after 2020.

Q. What are the steps that can be taken to enhance cultural engagement between the two countries?

Thailand and India share deep historical, commercial and cultural linkages that go a long way back. However, not all Thais and Indians realize that. Our mission at the Embassy is to help the people to be aware of the deep-rooted ties and heritage that we share, as that is the strongest foundation for enhancing our relations in all dimensions. Tourism remains one of the most effective means of enhancing our mutual cultural awareness.

The Royal Thai Embassy works to help Thais and Indians see each other in the positive light, that is to see each other to the fullest potential and realize the maximum opportunities that collaboration between us would bring, whatever the fields. We do this through projects that promote people-to-people exchange and deepen the understanding between the two countries, including the Namaste Thailand Festival, Namaste Thailand Film Festival, Namaste Thailand Quiz, student exchange programs, media exchange program, provision of scholarship to Indians and other cultural exchange opportunities.