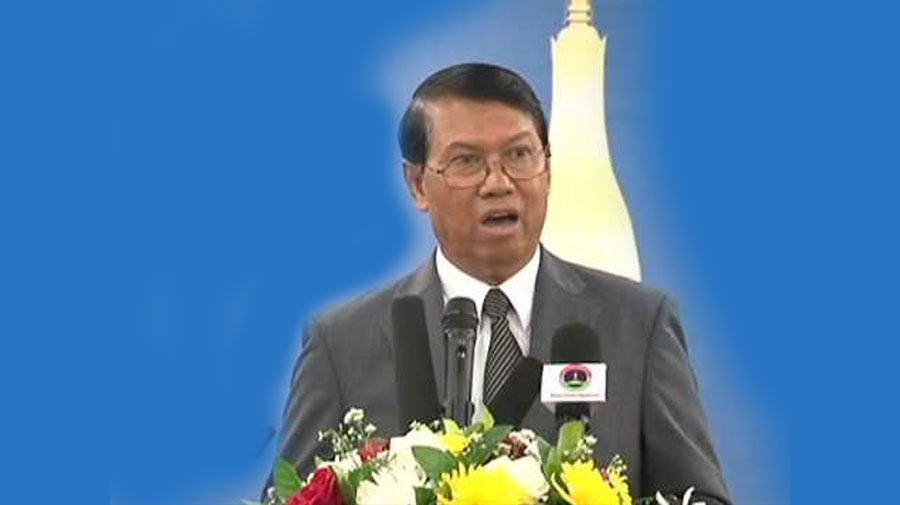 India has enjoyed longstanding, friendly and mutually supportive relations with Lao People’s Democratic Republic (PDR). This relationship is based upon profound historical and civilizational foundations. In an exclusive interview with Diplomatist’s Editor Kanchi Batra, Ambassador Bounneme Chouanghom shares his perspectives on growing partnership between India and ASEAN and throws light on various aspects of Laos-India bilateral relations.

ASEAN-India relations started from the cooperation at the sectoral level in 1992. India became full Dialogue Partner of ASEAN in 1995. The cooperation of ASEAN-India has been further raised by the ASEAN-India Summit in 2002, in Phnom Penh, Cambodia. Since then, the ASEAN-India Summit has been organised every year. All these initiatives have shown the importance of the relation between ASEAN-India and progression of the cooperation in the last 10 years. India has been playing an active role in ASEAN, in the fields of politics and security, economy, culture, science and technology, connectivity and so on. As we are aware that India has taken part in a lot of events, such as ASEAN+1 meeting, ASEAN Regional Forum (ARF), EAS, Mekong-Ganga Cooperation and Bay of Bengal Initiative for Multi-Sectoral Technical and Economic Cooperation (BIMSTEC), TAC and so on.

During the 20th Anniversary of ASEAN-India Relation Commemoration in 2012, in New Delhi, the ASEAN-India Vision was adopted and the relationship was raised to a Strategic Partnership. And during the 25th Anniversary of the relation Commemoration held in New Delhi, in January 2018, the two sides adopted Delhi Declaration for laying out future cooperation, in which India has respected the ASEAN centralization on the implementation of the Act East Policy of India, urging to increase the maritime cooperation, the idea of blue economy and also put on some proposals for future cooperation in the region.

India has emphasised on increasing the bilateral cooperation on digital connectivity between the two regions and proposed pilot digital villages in the CLMV countries under the loan of 1 billion dollars for the digital connectivity and infrastructure of ASEAN-India. India has marked the year 2019 as the ASEAN-India tourism year to promote people to people exchange between ASEAN and India.

Additionally, India has continued its assistance to CLMV on education, culture as well as a fund for the restoration of temples and important world heritages and so on.

Q. How do you see India’s role in the development of infrastructure in the ASEAN region to meet the target of digital connectivity between member states?

I understand that during the 25th Anniversary of ASEAN-India Relation Commemoration, the Government of India emphasised on increasing the cooperation on digital connectivity between the two regions, especially on the information and technology, communication, digital connectivity and infrastructure front and providing training assistant projects on telecommunication and technology for ASEAN. India also proposed pilot digital villages in the CLMV countries, under the initiative of 1 billion dollars loan from India for digital connectivity and ASEAN-India infrastructure. I personally think that if the project undergoes smoothly and according to the plan, it would be very useful for the member countries.

Q. Lao PDR and India share cordial bilateral relations but the trade between the two countries is still below potential. Could you please tell us about your plans for strengthening trade relations?

Lao PDR and India have had for a long time, traditional and cordial bilateral relations. The Governments and People of both countries have supported each other in the political field as well as the struggles for peace, independence and national liberation, but trade between the two countries is still low, though both countries have some potential for cooperation, especially as the volume of the bilateral trade is below 200 million dollars and investment is estimated at the same level. I am committed to initiating more activities to promote Laos among Indian businessmen. Especially on the potential of trade and investment in various sectors between Laos and India. This can happen by taking part in the business meetings, seminars and so on, and promoting visit exchanges and meetings between the two Chambers of Commerce and Industries in order to understand the potential of each other for cooperation on trade and investment.

As I have mentioned that Laos and India have old and traditional bilateral relations and good cooperation, especially in the field of politics, the government and people of the Lao PDR have always expressed sincere gratitude to the government and people of India for their kind and valued support to the struggles for peace, independence and national liberation of the Lao people in the past, but we have seen that the cooperation in other areas such as economic cooperation, trade and investment is still low and needs to be promoted and further strengthened.

Q. India has been actively involved in power transmission and agricultural sectors in the Lao PDR. What kind of development has been made in this front?

According to the policy of the Government of the Lao PDR, energy and agriculture sectors are part of priority potential sectors, to help national development and take Laos out of the least developed countries by 2020. Laos has a lot of rivers with high potential of building hydro-power dams. Some of the planned dams have been built, but because of the lack of funds for the extension of grids to other parts of the country, some projects are still to take off.

In the agricultural sector, as you may know, that more than 80 percent of the people of the Lao PDR are farmers, living in the countryside, growing rice, especially sticky rice, and other crops. According to the policy of the government, food sufficiency is one of the priorities to take Lao people out of poverty. So, Laos need to produce enough rice for consumption and export, but to get those targets, the government needs to help farmers on building an irrigation system for growing rice more than one time a year and for other cultivation throughout the year. In order to achieve this, the Lao government has requested assistance from the government of India for project developments, such as 30.94 million for irrigation projects in 3 southern provinces, 72.4 million dollars for an agricultural college building in Champasak province.

Q. What are the priority areas of cooperation between the two countries that would give further impetus to bilateral relations?

Besides the old, traditional and cordial relations on the political front that I have mentioned before, both sides are trying to realise bilateral cooperation in many areas, especially in areas such as Energy and Production. Laos has a lot of rivers suitable for the building of hydropower dams for domestic consumption and export to our neighboring countries. In the agricultural sector, Laos has large land with fertilized soil for cultivation throughout the year. India has high technology, experts and skillful human resources, so we can cooperate in these areas. Besides, we still have a lot of potential in areas of tourism, services, education, small and medium enterprises can especially benefit from such opportunities.