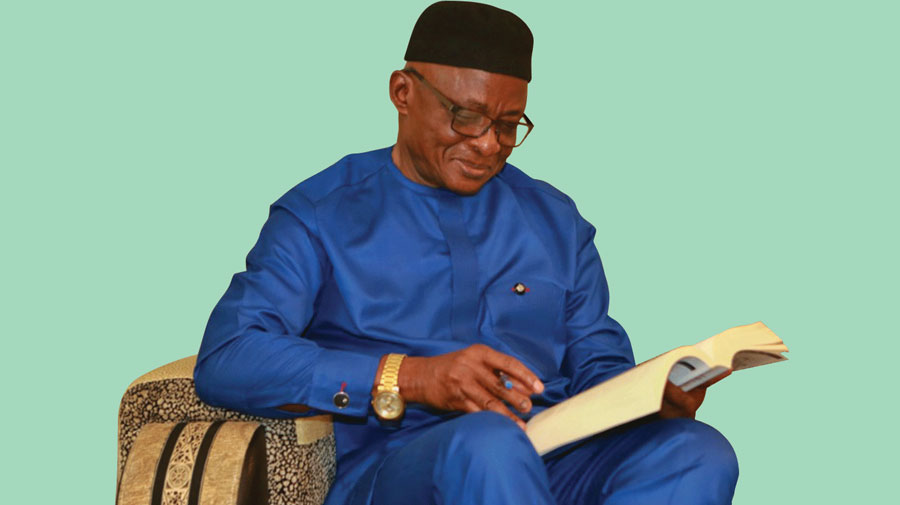 Nigeria as a Preferred Investment Destination in Africa

Competitiveness of ECOWAS in the Global Economy

ECOWAS as a regional economic forum is filled with huge yet untapped potential. However, with huge hydro-carbon deposits being discovered in its member countries and with governance improving, the forum is poised to become the dominant trading block in Africa; with Nigeria leading the economic integration.  Efforts are also ongoing for ECOWAS to adopt a single currency to complement the already existing free market and free movement of goods and people.

Diversification of the Nigerian Economy

Diversification is taken very seriously by both the government and by the private sector. Emphasis is on agriculture, solid minerals, infrastructure, solar energy, ICT and value addition to primary products.

President Buhari has been unanimously chosen by African Heads of State as the face of anti-corruption within the continent. This shows how serious he is in curbing the menace. The President has been blocking leakages; recovering looted funds; investigating corrupt governments officials and politicians, and charging them to court; enlisting the support of foreign government to identify monies stashed by looters in banks abroad, and assets purchased by them through corruption.

As a result of all this, the opposition is ganging up against President Buhari in the run-up to the coming national election (which will take place in February, 2019). Particularly frightening to the corrupt is the speculation that Buhari does not intend to renew the licenses for oil blocks which were issued to selected individuals by past governments (when those licenses expire in 2019); but he would rather distribute the said licenses to state governments – to boost their revenue bases and capacity to develop their infrastructures.

President Buhari’s implementation of the Treasury Single Account (TSA) has already blocked many avenues through which Chief Executives of government agencies siphoned government money –  by operating multiple bank accounts which were often difficult to audit properly. He also introduced a whistle blower’s compensation policy that has encouraged ordinary Nigerians to enthusiastically join the anti-corruption fight.

Major Thrust of Bilateral Trade Between India and Nigeria

India Vs China in Nigeria

A competition between the Asian giants does not exist because the Nigerian economy is large enough to accommodate all players – as long as they are competitive and deliver quality products and services. India is fairly good at this, particularly at the lower end of technology which is more suitable for Africa, given our present stage of technological development.

However, the wider perception is that there is a greater synergy between Chinese government and Nigerian businessmen as compared to others who operate in Africa and their respective governments. Also the perception is that the bureaucratic process here could do with a speeding up if India is to significantly improve its economic footprint in Africa as a whole and Nigeria in particular. In particular the disbursement of the $10bn Line of Credit that India offered Africa two years ago could be accelerated.

Africa is no longer interested in foreign aid, which has served no meaningful purpose over the decades.  What the countries here want now are trade, value addition to its primary products, infrastructure, proper utilization of its abundant minerals, quality education and health-care, respect to each nation’s sovereignty and the dignity for the people.  India can help in all these by encouraging its own entrepreneurs to invest in Africa and by continuing to collaborate with the continent at multilateral forums,  including the WTO and the UN

Areas of Possible Investment by India in Nigeria

Views on the Footprints of Indian Companies in Nigeria

Indian companies investing in Nigeria is a mutually beneficial aspect.  As long as the companies are ready to ‘play by the rules’ set by the Nigerian government, they are always welcome in the country. However, these companies must become more serious about Corporate Social Responsibility (CSR), which has become an integral part of doing business worldwide.

Areas of Cooperation between Nigeria and India as Emerging Continental Giants

India and Nigeria have the potential to cooperate across virtually all areas. India knows that Nigeria is not only the largest economy in Africa, but also the most influential black nation on earth. It should therefore make Nigeria the anchor of her Africa policy while Indian businessmen should solidify Lagos as their African hub.  Since global trade is regulated by the WTO – which seems to be under threat today – the two countries should continue to work hand in hand on international issues such as world trade and the reform of the United Nations Security Council.

It is also important that New Delhi opens up opportunities for Nigerians to do legitimate business in India by granting them import licenses and permission to rent and operate retail shops, even if they are only for Nigerian products.

Finally, the Bilateral Air Services Agreement (BASA) which the two governments have been negotiating for years should be speedily concluded; especially since Nigeria is ready to launch Nigeria Air. This will further improve connectivity between India and Nigeria. I have stated elsewhere, and I repeat here, that Africa as a whole, and Nigeria in particular, are now looking East. India is a huge political, military and economic power in that part of the world so she is a crucial factor in the pivot.

•     Nothing like Vision 2025 has been officially adopted or announced by the Federal Government of Nigeria.

•     The extant one is Vision 2020 which was conceptualized during the military regime of General Sani Abacha in the mid-90s and has been upheld till date. Its core objective is as follows:-

“By 2020 Nigeria will be one of the 20 largest economies in the world, able to consolidate its leadership role in Africa and establish itself as a significant player in the global economic and political arena”.

The potentials of Nigeria’s economy have never been questioned by the outside world but corruption, policy flip-flops, lack of sustained planning and visioning, security and infrastructure challenges have all played their part to slow down the realization of those potentials.

The greatest obstacle however, has been Nigeria’s failure to diversify its economy and its continued reliance on crude oil – which is not only a decreasing asset but a commodity which is subject to both wild price fluctuations and also in danger of being replaced by alternative sources of energy in the near future. The most precipitous decline in oil price occurred just as the present government of President Muhammad Buhari came into power in 2015, from a high of over $100 during his predecessor’s time, to as low as $28 per barrel  at a certain period.

Vision 2020 is however back on course with President Buhari’s dogged pursuit of his three core programmes which are: ensuring security, fighting corruption and growing the economy. As a result Nigeria has officially come out of the recession it went into in 2016 with a forecast growth rate of 1.5 percent for 2018, and to rise thereafter. Nigeria moved up in the global Ease of Doing Business rankings; rail lines are being built to carry passengers and bulk cargo (whose weight have been damaging the roads); foreign direct investment has started to flow in again; Nigeria Air has been re-launched to come into operation and provide direct air links between Nigeria and countries with which we have singed Bilateral Air Services Agreements; banking and financial services are being strengthened; our foreign reserve now stands at over $47bn from less than $30bn at the time President Buhari came into office, and this is in spite of earning lower revenue from oil; agriculture is growing and imports of rice, a staple, have been cut by 90 percent. Above all, when Dangote refinery – which has a capacity to refine 640,000 barrels of oil per day – will come into operation at the end of 2019, it will stop the importation of refined products which not only gulps a considerable portion of our foreign exchange, but in the past, also provided avenues for corruption (through mismanagement of subsidies that the federal government gave to keep transportation costs within Nigeria moderate and thus control inflation).  Mining, ICT, oil, agriculture and infrastructure development are nodal sectors in which the diversification of Nigeria’s economy are being aggressively pursued. Solar energy has huge but as yet untapped potentials.

Public/Private Partnerships are encouraged, as are completely private ventures. Export free zones also abound with generous incentives and Indian companies are among the leaders in taking advantage of those opportunities. Our National Investment Promotion Commission is doing a great job in coordinating all these initiatives.  It can be read on www.invest-nigeria.com.