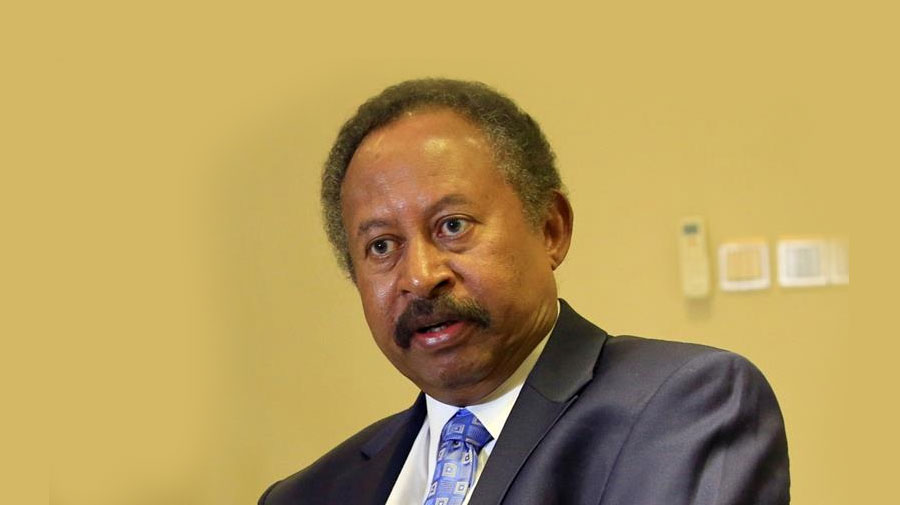 On 21 August 2019, Dr Abdallah Hamdouk was sworn in as Prime Minister of Sudan. This was followed by the signing of a constitutional declaration between the Sudanese ruling Transitional Military Council (TMC) and the Forces of Freedom and Change (FFC) coalition of opposition on 17 August 2019. Under agreed timelines, the TMC headed by General Abdel Fattah al-Burhan and his deputy, the Rapid Support Forces (RSF) commander General Mohamed Hamdan Dagalo—known as “Hemeti”—will be dissolved and an 11-member sovereign council—made up of five military figures and six civilians—will be established to oversee the formation of a new government during the 39-month transitional period. A military general will head the Council for the first 21 months, and then a civilian leader would take over for the remaining 18 months.

The declaration, which incorporates significant institutional reforms that pave the way for a transition to civilian rule, was welcomed by both the FFC opposition coalition as a “first step with more to follow” and the RSF commander as “a new chapter in the history of Sudan”. With civilian rule and civic rights being the main demands of protesters, this hard-won constitutional declaration, following President Omar Hassan Ahmad Al-Bashir’s ouster in April and months of street protests against his 30-year long autocratic rule, could be regarded as a long-awaited victory for the Sudanese people who have risked their lives and safety to demand freedom, peace and justice.

Then, in the face of strong public pressure for not just freedom and peace but also justice and accountability, perhaps the more important question is whether the ousted Sudanese President, who has become the first sitting head of state to be indicted by the International Criminal Court (ICC) for crimes against humanity, war crimes and genocide, will face trial in The Hague. Back in 2005, the ICC, at the behest of the UN Security Council, launched an investigation of atrocities in Sudan’s Darfur region. Then, in July 2008, the ICC Prosecutor took a bold step in requesting an arrest warrant for Bashir on ten counts of genocide, crimes against humanity and war crimes. The arrest warrant was sought against Omar al-Bashir in three capacities: as president of Sudan, as head of the National Congress Party (NCP) and as commander-in-chief of the armed forces. Ultimately, two arrest warrants were issued on 4 March 2009 and 12 July 2010 respectively.

However, since the issuance of the arrest warrants, the two stumbling blocks to ICC efforts to combat impunity are Khartoum’s refusal to comply with its obligation to cooperate with the ICC and the African Union (AU)’s call for non-cooperation with the Court. Even though Omar al-Bashir has been ousted in April 2019, the military-led transitional council has declared that Bashir could be tried in Sudan but would not be extradited to the ICC. Given that key figures in the military regime, in particular, the RSF Commander General Mohamed Hamdan Dagalo, are deeply implicated in atrocity crimes in Darfur, handing over the former President to The Hague is not in Sudan’s interest as the military regime is reluctant to set a precedent by letting Sudan’s head of state being targeted by the ICC.

As for the second stumbling block, the ICC Prosecutor’s strategy of targeting the sitting head of state has given Khartoum leverage to stir up the sentiment that the ICC record of prosecutions shows an anti-African bias. In fact, Khartoum’s portrayal of the ICC as a neo-colonial institution has been successful in drawing support from the AU, as the Pan-African body urged its member states not to comply with The Hague. Notwithstanding the fact the AU had suspended Sudan’s membership after the 3 June massacre, the AU’s hostility toward the ICC would embolden its member states to refuse to arrest and surrender Bashir to The Hague, thereby enabling the Sudanese government to try its former President in its domestic courts instead.

Indeed, while the country’s top opposition leader called for Sudan to become a State Party to the Rome Statute, the ICC Chief Prosecutor Fatou Bensouda also demanded the deposed President to stand trial for the mass killings perpetrated in Darfur by appealing for the UN Security Council’s strong and effective support.

Yet, the ICC’s pursuit of a judicial strategy that labels the Sudanese government officials as alleged international criminals is incompatible with the UN Security Council’s aim of securing Khartoum’s cooperation on the deployment of the joint U.N.-African Union peacekeeping force  (UNAMID). Perhaps not surprisingly, Sudan’s ambassador to the UN (predictably) urged the Security Council to withdraw all peacekeepers by June 2020 despite the current political upheaval since Bashir’s ouster. As the Darfur conflict entered into its sixteenth years (since its eruption in 2003), the AU-UN hybrid operation has failed to provide adequate protection for civilians, while the ICC indictees relating to the Darfur conflict remain at large.

Therefore, to ensure a smooth transition and save the country from a new wave of chaos and violence in the post-Bashir era, the international community must help mobilize support for the Sudanese people’s democratic aspirations and, perhaps more importantly, the efforts to stop what is widely acknowledged as ‘the first genocide of the 21st century’ in Darfur. With this in mind, steps must be taken to strengthen UNAMID’s efforts to protect civilians before the ICC judicial intervention because the activation of the ICC by the UN Security Council will not provide immediate and adequate protection to the civilian population in Darfur.

The international imperative, at this stage, is to press for nonviolent, gradual, civilian-led transition in Sudan, rather than the immediate handover of Bashir to the ICC. After all, the ICC’s responsibility for justice is not to be instrumentalized for political purposes by the UN Security Council.

Raymond Kwun-Sun Lau
Author is a lecturer at the History Department, Hong Kong Baptist University. He holds a PhD in Political Science from the University of Queensland, Australia. His primary research focuses on the international response to genocide and mass atrocities in Africa, and the relationship between the Responsibility to Protect (R2P) principle and the International Criminal Court (ICC).
Tags:
UNAMID India Africa Sudan AfricaUnion InternationalCriminalCourt
Share:
Share this...