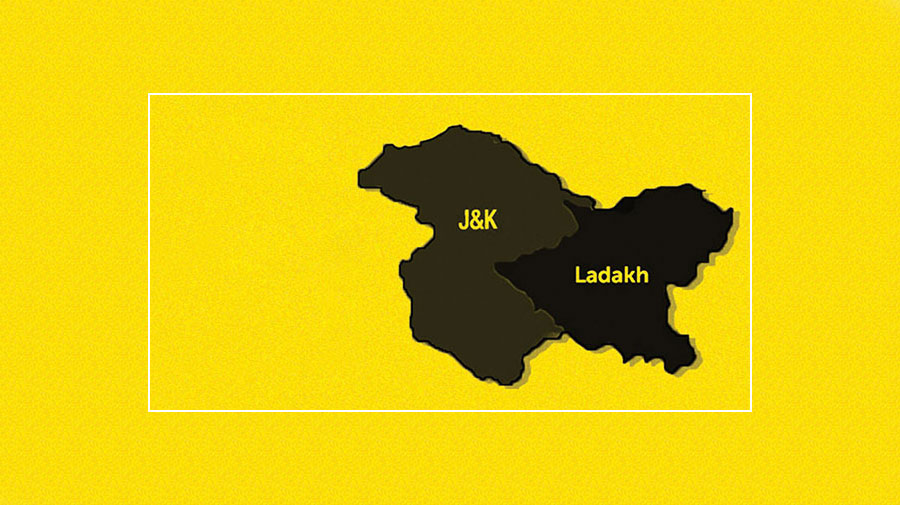 Article 370 in Jammu and Kashmir (J&K), became history after 06 August 2019, when the bill was passed by more than two-third majorities in both houses of parliament, through the laid down democratic process in consultation with Sadr-e Riyasat vested in Governor of the erstwhile state. The bill reorganizes the erstwhile state of J&K into two separate Union Territories (UTs), J&K being one (to get statehood when there is peace) and Ladakh being another UT. The sight of only Tricolour furling on Secretariat building in Srinagar symbolises complete integration as ‘One Nation, One Constitution and One Flag’, which represents the national will and resolve. With no change International border/LAC/LoC/AGPL, this administrative reorganisation is an internal matter of India, which was essential for inclusive growth of the erstwhile state. This reform was long overdue, as it was seen that Article 370 and 35a was hurting India and common people of J&K since inclusion. These provisions were being misused by few local politicians, separatists, elite businessmen, terrorists and their supporters, at the cost of brewing inequality, depriving legal benefits, voting rights, welfare-related rights to common people of Kashmir including safai karmacharis, and daughters marrying outside and their children. It helped the agenda of Pakistan and terrorists, allowed forcibly pushing out some natives like Kashmiri Pundits with blatant abuse of power and left India helpless in mitigating their grievances. No investments were possible to create jobs hence terror industry bloomed. Needless to say that the people enjoying such abuse of power will continue to cry foul, along with some more trying to gain political mileage out of it, but the fact is that this decision was backed by thumping mandate of the country through laid down the democratic process.

What are Indian Adversaries Trying?

Pakistan’s frustration is that declaration of J&K as UT will expose its terrorists fuelling proxy war in Kashmir, out of the umbrella of local political patronage. The separatists will be exposed to central security forces and laws, and its terror industry/infrastructure built in Kashmir over decades will start crumbling. Pakistan Army, ISI and political class have enjoyed power domestically, on their narrative of efforts of Kashmir’s liberation so far; hence Indian action has disturbed their plans. China’s disgruntlement stems from the fact that Ladakh becoming a UT weakens their false, incremental claims in that region, besides weakening Pakistan’s proxy to keep Indians engaged on their behalf. Pakistan has been waging hybrid war with a large number of terrorists already infiltrated, along with separatists instigating violence, coupled with conventional fire at LoC, in last few decades, resulting in more than 42000 deaths. Its efforts to re-ignite hybrid war post abrogation of Article 370 have not met much success, because of heavy deployment and alertness of Indian security forces and restrictions on mobile and internet.

Pakistan’s irrational actions like lowering of diplomatic relations with India, scrapping trade ties, stopping rail communication and blocking air routes have been to its disadvantage. Pakistan and China went through a diplomatic offensive by approaching UNSC for an informal meeting, which also yielded no results as the world community did not find it worthwhile to even issue any joint statement. On sidelines of G7 Summit, Prime Minister Modi while talking to President Trump ruled out any mediation efforts by any other country, which Pakistan was vehemently trying. This has put to rest all diplomatic efforts of Pakistan for internationalisation or mediation of Kashmir Issue. Enhanced military deployment including SSG and artillery along LoC is part of escalating the hybrid war. Large scale attempts of infiltration of terrorists including underwater operators is to create fear psychosis amongst people of Kashmir, especially their erstwhile sympathisers not to change sides and be helpful in commencing terror actions in Kashmir as and when the restrictions on communication means are lifted by India. China seems to be signalling moral and material support to Pakistan through MoUs for defence capacity building and cooperation during the visit of Deputy Chairman of its Central Military Commission, which seems to be more of optics as China already accounts for more than 70 percent of import of military hardware to Pakistan. After UNSC embarrassment China has been relatively quiet on propaganda or rhetoric.

Pakistan has enhanced the dimension of warfare by graduating to all-out ‘Information Warfare’ (IW), which encompasses propaganda, fake news, threatening statements, rhetoric, manipulating social media and invisible cyber warfare. To combat this warfare it is necessary to understand the strategy of Pakistan regarding the application of IW. Their first narrative is to give religious colour to propaganda campaign, falsely projecting it as Hindu encroachment on Muslim rights, and restrictions on internet and mobile, (which is the lifeline of its terror networking, propaganda campaign and terror strikes) as atrocities on Muslims. The aim is to garner the support of Muslims globally including Indian Muslims to stand up for supporting terror in the garb of Jihad to prevent falsely claimed atrocities on Muslims. Unfortunately for them, except for members of their terror industry and their sympathisers, not very many have bought this narrative. The second narrative is posing fake Indian threat from India (Although India has no intention of any war with Pakistan, except that it intends respond offensively to any threat posed by Pakistan, including terror attacks), posing helplessness, repeatedly threatening the world of its nuclear status and it’s irrationality to get into nuclear exchange, blackmailing world community to intervene and save the situation. The third narrative is to remind US, China and India of its terror potential, blackmail the US for its need to quit Afghanistan in exchange of leverage on Taliban (if any?) and blackmail China for protecting its economic interests and workers in the country and doing the dirty job of containing Indian forces on their behalf. Imran Khan’s acceptance of approximately 40,000 terrorists on his soil and threat to unleash his strategic assets (terrorists) for Pulwama type actions does not deter India, which anticipated such actions in its strategic calculation.

Pakistan’s targets for information warfare are different for each type of narrative. For religious agenda it is targeting people of Kashmir valley, people of Pakistan, terror groups, Muslim diaspora, global community of Muslims (like planned processions in the UK), Khalistan terrorists and sympathisers (to exploit another fake narrative of alleging suppression of minorities under Hindu regime). It is also targeting some disgruntled elements in India including political opponents/aspirants trying to fish in troubled water by following a narrative against the national mandate to score some petty political gains. The methodologies adopted for IW ranges from management of information and communication technology (ICT), psychological operations, electronic warfare, misinformation campaigns, information attacks and manipulating public perception through social media. Mobile, internet and radio transmissions are fast modes of connectivity being used. Structured television programs are also being made use of with YouTube links having operators stationed globally. Fake videos of atrocities on people picked up from any global incidents are being played up as current situation in Kashmir, which are getting identified to be of different incidents globally on investigations. Pakistan has also influenced some international news agencies, which carried fake news on their behalf, as sensational news for commercial interests.

Information war by an adversary cannot be taken lightly and needs to be combated professionally. One of the best methods of combating it is to flood the global environment with hard facts countering fake news and propaganda. India had anticipated the security challenges arising out of such decision and has done its best to quarantine the potential problem creators and flash spots with tight restrictions. Kashmir valley has been quite peaceful as never before in last so many years after India strengthened the security force level in the terrorist threat prone areas, and restricted use of mobile and internet there to ensure the safety of citizens. India’s priority is to save the lives of innocent people; hence it is carefully lifting restrictions in a graduated manner, resulting in a delay in risky areas causing some inconvenience to some people there. With Pakistan openly trying everything possible to re-ignite Kashmir valley through its terrorists, Indian administrators and security forces/agencies will have to strike a fine balance between relaxing restrictions or continuing it to save lives, on daily basis, with an option to re-clamp some restrictions, if problem creators manage to pose threat to prevailing peace.

The criticism against restrictions by those who abused power under Article 370, interested groups/political opportunists/activists is natural, but if it can save lives of innocent people then it can be endured, as loss of lives will also invite criticism, which will be the worst case. In IW, the propaganda campaign has to be based on partial truths to succeed; hence Pakistan has cleverly picked up some internal criticism in India, which is routine to any matured democracy like India, and mixed it with fake information of atrocities, backed by fake videos to base its propaganda campaigns. It needs to be understood by all making public utterances in India that any divergence from the mandated decision will be picked up by adversary and twisted to launch fake propaganda; hence there is a need to exercise caution to combat Pakistan’s IW.

Propaganda has to be confronted with truth by organised IW apparatus. All forms of Indian media need to call the bluff of an adversary by exposing fake news. Rebuttals to wrong news by paid/motivated authors globally, need to be given rebuttals in the form of facts by all Indian authors. Every Indian using social media is an information worrier of India; hence every fake news he/she comes across must cease circulation or marked fake. Awareness campaign needs to be planned for the population, especially people from Kashmir. The recent attempt of PM Imran Khan trying to portray himself as a poster boy for Muslims and Kashmiris must be rebutted with his continued silence over atrocities in Baluchistan and Xinjiang internationally to expose human right record of both adversaries. Indian secular fabric is strong not to fall prey to religious fundamentalism, but counter-propaganda speeches in various forums may well be the need of the hour to quarantine the thought process of innocents from radicalised sleeper cells. The education system in madrasas in Kashmir will need monitoring to check anti-national agenda of terrorists. Besides IW, India needs to ready for next round of hybrid war, because the terrorists and sleeper cells will be active again, whenever the restrictions are lifted and a temporary dogfight period is likely till the situation is controlled again. These actions need to be backed by inclusive growth plan rolled out simultaneously so that people of Kashmir can visualise their bright future in comparison to the life of people in POK and Gilgit-Baltistan.

(The views expressed are personal views of the author, who retains the copyright).