Diplomatist > Regions > Asia > Afghanistan and One Hundred Years of Independence

Afghanistan and One Hundred Years of Independence 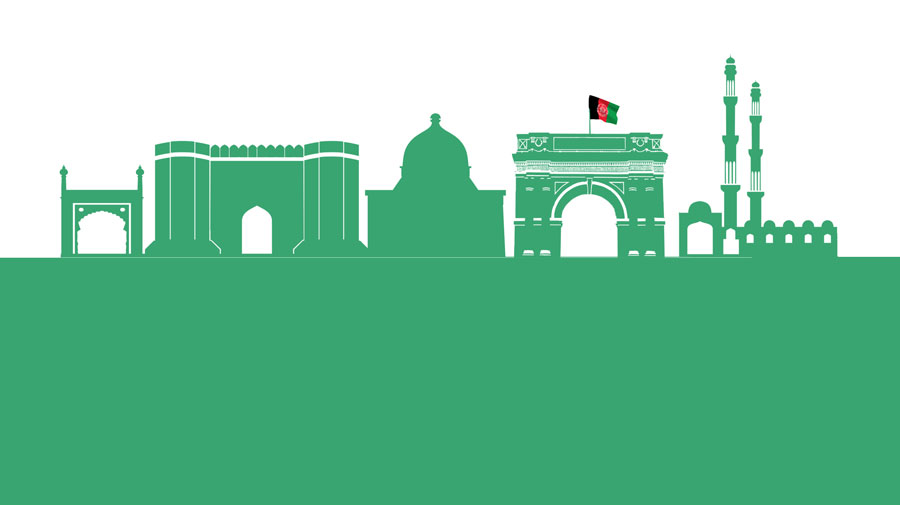 Independence for the Afghan people is still an unknown phenomenon. The leaders and people of Afghanistan have never felt a sense of pride in international relations due to the rapid changes from 1919 up to present time, numerous disasters caused by consecutive domestic crises and the disputed geopolitical position. Although Afghan government had taken top arrangements and spent a large amount of money for celebrating the 100th year Independence Day anniversary, a suicide bomb attack at a wedding in Kabul killed 80 people and wounded 300 and disrupted all the arrangements for a historic celebration and turned the celebration into a mourning one. But the important question is why has independence been so costly and challenging for Afghanistan? What do the Afghan people think and dream about their country’s 100th independence anniversary?

To answer this question, we need to look at both domestic and international levels and study a century of Afghan independence from establishing domestic interactions to the impact of political and social elements on Afghanistan’s foreign relations. Afghanistan in the last century and after independence to the present day has experienced different types of political systems including the monarchical system of government (1973-1919), the Mohammed Daoud Khan Republic (1978-1973), the Communist regimes (1992-1978), the Islamic Emirate (1993-2001) and democracy (after September 11th).

This profound change in the political structure of a country alone can be attributed to the failure and continuation of state bankruptcy, especially as a series of coups, revolutions, civil wars, and ethnic conflicts have been an indispensable part of a century of Afghanistan’s independence. Hundreds of years ago, widespread poverty and illiteracy played a critical role in keeping Afghan people away from political and social participation, and even the progressivism of the rulers such as Amanullah Khan, who brought Afghanistan’s independence, did not have a significant impact on society.

The fall of Amanullah Khan’s government showed that even independence cannot guarantee survival. King Amanullah was intent to speed up modernization in a very short period of time in traditional Afghan society while issues such as modern government, citizenship, and political and social freedom had taken centuries to be institutionalized in the West. The rapid pace of change and the lack of solutions to social problems and community cohesion have led to continued dispersal and ethnic conflict which are considered to be serious threats. Keeping people away from the process of political contribution has always been one of the main reasons for the rapid changes in Afghanistan’s internal system, and the Afghan rulers have always sought to impose their authority from top to bottom in the form of control and exercise of power.

After September 11, 2001 and the formation of a new order, the first experiences of a democratic system were achieved with the participation of the people. The US military presence and the influx of aid from the international community gave the hope of rescuing a country mired in crisis. Afghanistan has become the focus of the fight against terrorism, and a new chapter in its political life has begun. The post-9/11 era began when Hamid Karzai was declared the first-ever democratically elected head of state in Afghanistan in 2004. Hamed Karzai’s government came to an end in 2014 while the Taliban was increasingly strengthening and the situation of Afghanistan was getting worse. Thus, It disrupted the order and security of the country. In the wake of the challenging elections in 2014, the national unity government has come. President Ashraf Ghani as the head of National Unity government has celebrated the 100th anniversary of Afghanistan’s independence while the situation of Afghanistan is plagued by issues such as poverty, illiteracy, unemployment, drug trafficking, corruption and insecurity. In a century of Afghan independence, the reproduction of such malicious dilemmas is disappointing.

To this end, Amanullah Khan gave concession to each of these countries while he was trying to improve the level of interaction with the other two powers. Even Nader Shah and Zahir Shah had pursued a policy of balance and neutrality in foreign policy until 1973. Gradually, the US-Russia rivalry in the Cold War era affected the heart of Asia. Moreover, neighbouring a newly established country named Pakistan triggered the Durand border dilemma which has become a contentious issue in Afghan foreign policy regarding Pakistan. At this time, despite such efforts to promote neutrality and positive balance until the 1970s, we gradually saw the penetration of two superpowers and rise of a communist regime in Afghanistan as one of the world’s most traditional countries. Then, the foreign relations of Afghanistan changed dramatically as the consequence of the collapse of the communist regime in Afghanistan and the Mujahidin’s takeover of the government. The West and East bloc competition had another devastating effect on the security situation in Afghanistan. Afghanistan became a hotbed for the proxy war of neighboring countries, and jihadist parties were strengthened by Iran and Pakistan. As a result, competition, conflict and civil war were raging in the 1990s. In the late 1970s, The Taliban was formed by the help and support of the US, Saudi Arabia and Pakistan to fight against the Soviet Union. Taliban used the power vacuum after the defeat of the communist government in Afghanistan and became a brutal militant there. This decade of independence had no meaning for Afghans.

After 9/11, Afghanistan miraculously came out of the grip of the Taliban which was hugely expensive. The United States’ sustained release operations to combat terrorism have placed Afghanistan at the center of the international community’s attention once again. There was growing hope among Afghans. The help of the international community could save Afghanistan from oblivion. The Afghans’ tendency to democracy and nation-building has made tangible and credible independence for them. For the first time, democratic elections were held and the members of the Afghan parliament and the president were elected by the will of the people. Afghanistan’s foreign policy was also influenced by the support of the international community. It has established friendly relations with the countries of the region and the world. Although Afghanistan’s Democratization Process has met the widespread challenges of insecurity since 2006 when Taliban started reinvigorating, the international community, with its support, has so far kept Afghanistan hopeful in order to keep up the gains that it has achieved in the last 18 years. International community assistance provided the foundations of democracy in a country where hope for people’s access to individual and social rights and freedom disappeared in the Taliban regime in the late 1990s. The Taliban have long regarded the US military presence and allies in conflict with independence of Afghanistan and calling for the withdrawal of the troops.

In Afghanistan, no country is considered as intimate and friendly as India among Afghan people. Generous contributions to the nation-building process and active public diplomacy of India have kept this country a strategic ally for Afghanistan. However, it has been difficult for the foreign policy apparatus of Afghanistan to establish relations with two regional rivals India and Pakistan. Particularly in the last 18 years, India’s importance to Afghanistan goes back to a variety of services and aids that include not only the military but also the economic, social and cultural aspects. The largest democracy in the world has played an active role in the Afghan reconstruction process by building the Afghan parliament building and contributing to the promotion of democratic values. It has also helped to strengthen Afghanistan’s democratic foundations and civil society. In this respect, India has played an important role in Afghanistan. Despite the fact that the people of Afghanistan have not been able to experience tangible independence because of insecurity and sustained challenges and destabilization has changed their lives, they have been able to make significant gains in institutionalizing democratic values with the help of countries such as India. Therefore, it is unlikely that the people of Afghanistan abandon these vital democratic values even after the return of the Taliban to Afghanistan’s public and political arena. Afghan people look forward to the cooperation of the international community at a critical historical juncture to transit to a stable political system.