A Persian or Saudi September surprise? 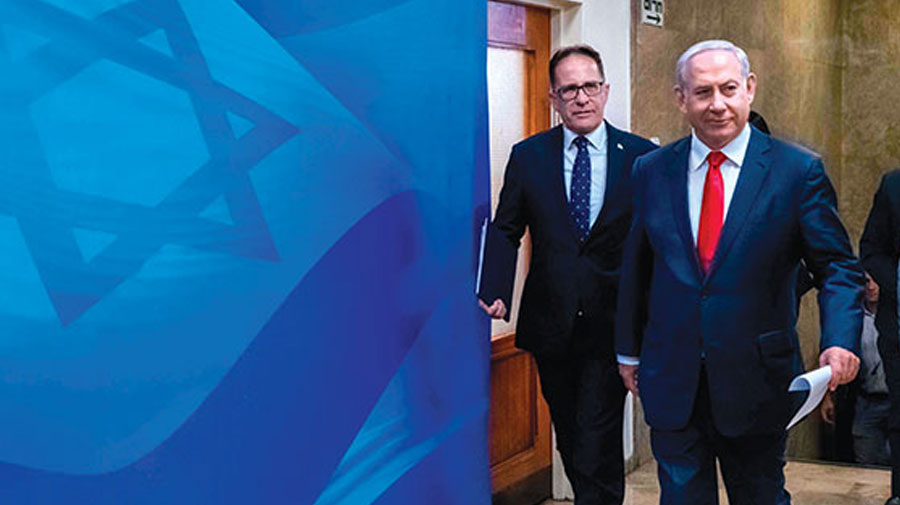 In the run-up to the Sept. 17 Israeli elections, the Israeli media have speculated on what President Donald Trump will do to help re-elect Prime Minister Benjamin Netanyahu. It is unlikely that Trump will do anything more to advance peace, or whether such a move would help Netanyahu.

Indeed, the announcement today that Trump’s Middle East peace envoy, Jason Greenblatt, is resigning casts doubt on whether the United States will even unveil Trump’s so-called “ultimate deal” after the election. Trump has already gifted to Netanyahu American recognition of Israeli sovereignty in the Golan Heights and moving the U.S. Embassy from Tel Aviv to Jerusalem. Current speculation of what Netanyahu might ask of Trump ranges from the recognition of the extension of Israeli sovereignty in parts of the West Bank to support for a U.S.-Israeli defense treaty.

Neither of these, however, is likely to swing undecided voters to support Netanyahu, since Trump’s unwavering support for the Israeli right’s policies is a known factor, old news.

There are two long-shot possibilities to consider that could have a significant impact on the Israeli elections, one that would favor Netanyahu and another that would undermine his chances for re-election. Neither is likely, for the reasons noted below; but both are worth considering to understand the value of what a real surprise means in democratic elections.

Iran, paradoxically, holds the strongest card, one that could arm the opposition to Netanyahu with a powerful electoral weapon. As we have seen in recent weeks, Trump is quite desperate to meet the Iranian leadership, believing that his self-proclaimed skills as a deal-maker could unlock the diplomatic stalemate with Iran over its nuclear program, missile development and malign activities in the region. Toward this end, Trump authorized Sen. Rand Paul to float the idea of a meeting with Iranian Foreign Minister Javad Zarif, and Trump has softened his rhetoric toward Iran, going so far as to express regret over a failed Iranian missile test (while also revealing classified imagery at the same time).

The question, then, is what would happen if the Iranians issued a public statement that dangled a meeting with Trump at the upcoming session of the UN General Assembly? The prospect of a meeting would immediately seize the world’s attention. More importantly, it would throw the Israeli political system into a tizzy. Netanyahu has trumpeted his relationship with Trump as one of the defining achievements of his prime ministry, highlighting the strategic meeting of minds on the Iranian threat. The prospect of a Trump meeting with one of Iran’s top leaders would thus undercut all of Netanyahu’s election rhetoric of Israeli-U.S. strategic understandings.

Netanyahu recently provided evidence of this concern when reportedly he was desperate to contact Trump during the G-7 meetings to argue against French attempts to mediate a meeting with Zarif. And the concern is real, not only because of the certain impact such a meeting would have on Israeli politics, but also the real possibility that Trump would emerge from an essentially photo-op meeting with an announcement of a breakthrough, much like what has happened with North Korea.

There is a different scenario, however, that would work in Netanyahu’s favour. For some years, Israel has seen a marked improvement in its relations with some Arab countries, primarily in the Gulf. Based on mutual concerns about Iran, Saudi Arabia, Bahrain, the UAE and Qatar have reportedly engaged in quiet cooperation with Israel on security and intelligence sharing. In some cases, Israelis have been allowed to visit these countries — excluding Saudi Arabia — but the Arab states have calibrated the burgeoning ties carefully so as not to arouse domestic opposition.

The question here is what would happen if Saudi Crown Prince Mohamed Bin Salman announced his intention to visit Israel and Palestine for talks with the Israeli and Palestinian leadership? Such an announcement would send positive shockwaves throughout Israeli society, for Israelis would see a concrete manifestation of Netanyahu’s claim that he has engineered a sea-change in Israel’s standing in the region. The prospect of such a visit would also add credibility to the promised peace plan of the American administration, a plan that is widely believed to have been coordinated with both Netanyahu and Bin Salman.

For Bin Salman to announce such a visit would be a tremendous departure from Saudi Arabia’s traditional cautious posture. The Saudis did author the 2002 Arab Peace Initiative and have not denied reports of quiet cooperation with Israel. But the Saudis have always turned down ideas to move the relationship more into the open. For example, in 2009 President Obama asked the Saudis to open their airspace to Israeli commercial aviation as an inducement for Israel to freeze settlements in the occupied territories; the Saudis said no. The prospect of a public visit now, therefore, would reverse more than seven decades of Saudi policy while delivering a pre-election bonus to Netanyahu.

To be sure, neither of these scenarios is likely to happen. Neither the Iranian nor the Saudi leadership thinks in terms of grand gestures, and neither is inclined to play in the uncertain politics of Israel. For both, the reaction at home to even an announcement of a meeting or a visit might be too much to endure, and thus domestic considerations would trump the possible consequences of actually carrying through with an announcement.

A September surprise that impacts the Israeli election? Not likely from the region, and not much effect if from Washington.

The above extracts contributed by him for New York Daily News are reproduced with his consent.