Regional Comprehensive Economic Partnership (RCEP) is India at the Crossroads? 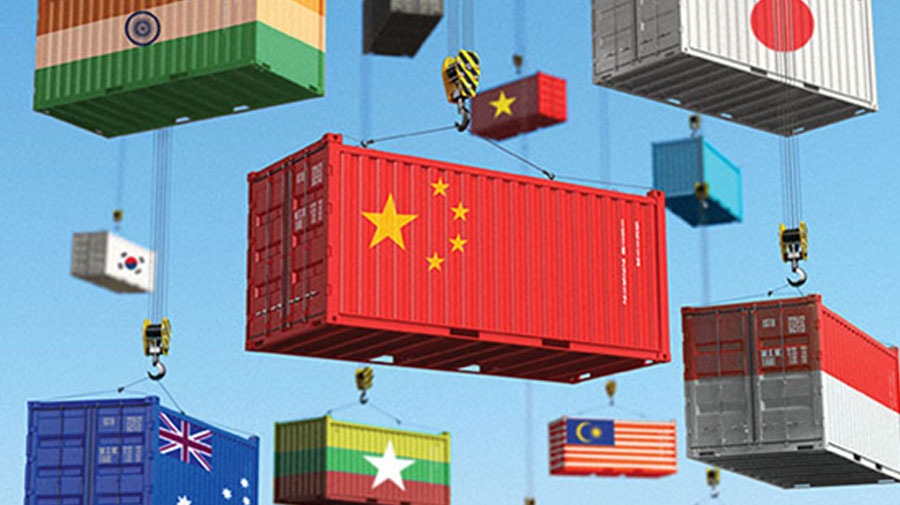 The 27th Round of Regional Comprehensive Economic Partnership (RCEP) negotiations were held in Zhengzhou, China from July 22-31, 2019, setting the stage for the upcoming Ministerial Meeting in Beijing, China on August 2-3, 2019. The main aim of the upcoming ministerial meeting is to intensify efforts to reach a ‘substantive’ agreement on the pending issues so as to reach a final agreement at the end of the year.

The meeting assumes importance from many perspectives: First, the conclusion of the agreement is being seen as an impetus to an open economy and free trade amidst growing trends towards protectionism. Second, the meeting intends to expedite the negotiations process to conclude the agreement by the end of this year. Noteworthy, despite several rounds of negotiations since 2012, the member countries have not been able to resolve their differences, weakening the possibility of concluding the agreement at the end of 2019.

Why is RCEP so important?

Launched in November 2012, RCEP is a 16 member mega-regional trade agreement which aims to cover goods, services, investments, economic and technical cooperation, competition and intellectual property rights. Its membership comprises 10 ASEAN members (Brunei, Cambodia, Indonesia, Malaysia, Myanmar, Singapore, Thailand, Philippines, Laos, and Vietnam) and their six FTA partners- India, China, Japan, South Korea, Australia and New Zealand. If concluded, the RCEP could be one of the largest free trade agreements accounting for 25 per cent of global GDP, 30 per cent of global trade, 26 per cent of global foreign direct investment (FDI) flows and 45 per cent of the total population.

As the world reels under a wave of protectionists’ measures, the US-China trade tensions and its rippling effect on the global economy, RCEP is being seen as the harbinger of hope for multilateralism and open and free trade. Hence the urgency by the RCEP partners, especially China, to conclude the trade pact by the end of the year.

The apprehensions emerging from the RCEP negotiations for India are manifold. The most important concern is providing greater access to the Indian market and elimination or reduction of tariffs on atleast 90 percent of traded goods for RCEP members. Implied, tariffs would apply to both industrial and agricultural goods with very few items under the Negative List.

There is increasing consternation of the Indian market being swamped with products from RCEP partners, particularly China, which will be detrimental to its indigenous industries. Such apprehensions are not totally unfounded given the fact that India runs a trade deficit with as many as 11 countries including China, South Korea, Indonesia, and Australia, among others in 2018-19. For instance, India is running a trade deficit of $ 53 billion with China alone.

Consequently, there have been strong reservations from various quarters of Indian industries including, automobiles, steel, textiles, tea, dairy products, and others. These Indian industry sectors have been apprehensive about taking on commitments to eliminate tariffs for RCEP members, especially China, which will affect India’s competitive advantage in these sectors.

A series of efforts and meetings at different levels has been concluded to address Indian concerns over RCEP issues, particularly in the last two months. In a renewed attempt to break the stalemate in the ongoing RCEP negotiations, as well as to quell apprehensions regarding Chinese products swamping the Indian market, a dialogue between India and China was held in New Delhi in the month of June 2019. During the dialogue, China went to the extent of offering to open its own market further ‘if India went beyond its current offer of eliminating tariffs on about 74 percent items for the country’. More specifically, if India offers to eliminate tariffs for substantially more items beyond 90 per cent, China would eliminate tariffs on 5-7 per cent more goods for India. The meeting between ASEAN Troika–Trade Ministers of Indonesia and Thailand and the ASEAN Secretary-General – and India in the beginning of July 2019 though termed as “fruitful” remained inconclusive. In the same month, and at the domestic level, amidst rising pressure from Indian industry, India held comprehensive stakeholders consultations with concerned industries and different ministries regarding their specific concerns and to chart out a strategy before the upcoming ministerial meeting.

However, given India’s trade deficit with the RCEP partners and the simmering apprehensions by different sector of Indian industries, such attempts to reach common ground on market-opening commitments largely appears futile to break the deadlock. Noteworthy, India, on its own, has shown significant flexibility in ending the deadlock in the RCEP negotiations. Following strong reservations from RCEP partners, India abandoned the ‘differential tariff reduction’ strategy to offer a single concession regime to all members, except China. However, India’s proposal for greater market access for services and different transition period for either reduction or elimination of import duties has not been addressed by RCEP partners, including the ASEAN countries, China, Japan, South Korea and New Zealand so far. On Rules of Origin (RoO) at least 13 countries including Australia, Japan and New Zealand opposed India’s proposal for strict criteria to determine the source of origin of products. A strict RoO is expected to prevent Chinese goods flooding Indian markets through a third country that may have lower or no duty levels.

India seems to be standing at the crossroads in terms of RCEP negotiations. This has been enhanced by the twin perspectives on RCEP based on both economic and strategic significance. One perspective arguing in favour of India to join the agreement on account of the huge size and growth of the market, the potential opportunities to participate in larger regional production networks, and promotion of its Act East Policy. The second perspective is more pessimistic arguing against India joining the trade pact based on ‘trade deficit’ patterns and protecting its indigenous industry.

In order to ensure the benefits from the trade pact, it is imperative for India to strike a balance between domestic interests and demands of the RCEP partners. A complete abandonment of the RCEP would send a negative message to the world and undermine its plans to boost its economic growth. On one hand, India has to protect its domestic interests by accommodating the concerns raised by indigenous industries. On the other hand, India cannot risk withdrawing from the agreement at this juncture for couple of reasons. First, India will lose the chance to frame the rules of one of the future largest free trade agreement in the world. Second, it will hinder its plans to advance its ‘Act East Policy’ through better access to the RCEP countries’ markets.

Further, joining the RCEP will complement India’s free trade agreements with the ASEAN which will result in greater regional integration, particularly into the regional supply and value chains. Another issue that India needs to take into account is that the regional trade pact has long been cast as China’s response to the Trans-Pacific Trade Partnership (TPP), renamed as Comprehensive and Progressive Agreement for Trans-Pacific Partnership (CPTPP). Interestingly, China has already overtly expressed its interest in concluding the agreement with 13 members on board, excluding India, given the urgency due to the US-China trade tensions. In such circumstances, India cannot afford to allow either Chinese goods to inundate the Indian market or Chinese dominance in the Asia-Pacific by withdrawing from the pact.

For India, a more propitious deal might be its continued engagement with the RCEP by demanding ‘meaningful’ concessions from its members that will protect the indigenous industries.  The upcoming ministerial will indeed play a decisive role in deciding the fate of the RCEP!