No fiddling with investments India’s Budget opens up options 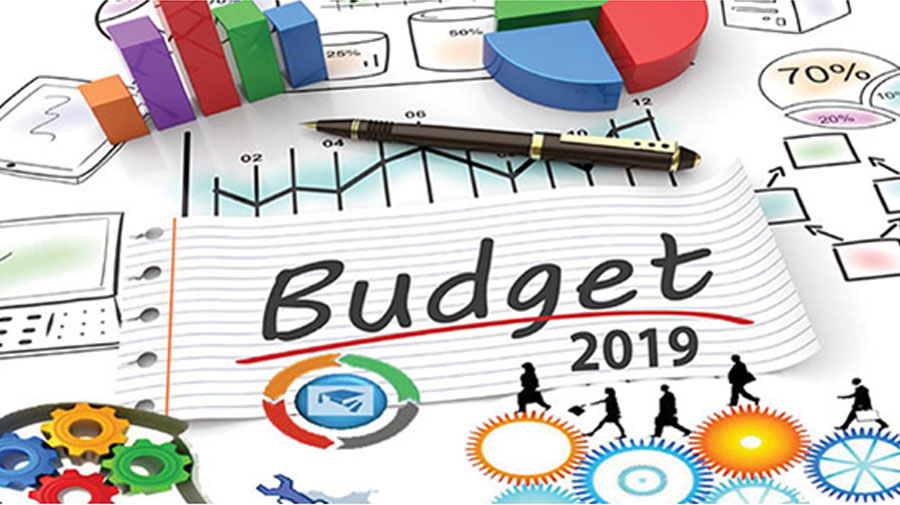 ‘It was the best of times, it was the worst of times”, as goes a famous line of Charles Dickens. Placed in circa 2019, in the current context of India’s quest for a $5 trillion economic output and strong capital flows as a facilitator of this dream, the quote gels well with a surge of global investor enthusiasm and a multitude of options on foreign investment flows opening up quite timely for India against a backdrop of sliding GDP and global economic slowdown.

India’s Budget 2019 strategy of building up on sustained efforts by the government to further reform the ease of doing business and pitch new growth areas like infrastructure as the next generation FDI catchers, may well be paying off with India’s National Investment and Infrastructure Fund Ltd (NIIF) recently getting a bounty of commitments of about $2 billion from AustralianSuper, Australia’s largest superannuation and pension fund and Ontario Teachers’ Pension Plan (Ontario Teachers’), one of Canada’s largest single-profession pension plans. This windfall includes commitments of $250 million each into NIIF’s master fund and co-investment rights of up to $750 million each in future opportunities. Together with an earlier corpus of $400 million committed by Singapore’s state investment arm Temasek, $1 billion by UAE’s sovereign wealth fund, Abu Dhabi Investment Authority (ADIA) and other contributions by some domestic private sector investors, these foreign investors have pooled in a total investment of ₹500 crore in the NIIF fund over 2017-18.

These are significant investments by some of the most respected infrastructure investors in the world which have no doubt been encouraged by India’s growing image of an attractive business destination supported by the opening up foreign investment norms in sectors such as infrastructure, construction, development, and single-brand retail trading with simplified processes and quicker government approvals. The recent Budget has gone ahead in making India among the most open economies globally for foreign investment with proposed further opening up of FDI in aviation, media (animation, AVGC) and insurance sectors, easing of local sourcing norms for FDI in single-brand retail and increase in the statutory limit for Foreign Portfolio Investors.

These are significant trends and suggest confidence in India’s economic fundamentals by some of the most respected investors in the world but broader and deeper concerns remain over the route that India needs to take for a richer harvest of FDI in areas like manufacturing which remains low on priority for investors notwithstanding the focus on “Make in India” and removal of bottlenecks to lure big business. This remains a worry for policymakers as FDI is generally considered an important avenue for technology transfer which is crucial to the modernization of Indian industry and growth. The slowdown and intensifying trade conflicts is already taking a toll with India expanding at its slowest pace in five years at 5.8 per cent during January-March quarter in 2018-19 bringing down GDP during 2018-19 to 6.8 per cent from 7.2 per cent a year ago. Official data shows a significant slump in overseas fund inflows into telecom, pharma and other sectors.

Gopal Krishna Agarwal, National Spokesperson of the BJP on Economic Affairs assures that many of these FDI issues in manufacturing will be addressed with various reforms that the Government is working on. “Opening up of certain sectors to foreign equity alone can’t bring in FDI,” says Agarwal. “It has to be accompanied by ease of doing business and in this, there are two areas that need to be worked on – enforcement of contract and tax compliance. India’s ranking in the index of doing business in these areas is still a challenge. The GST is still a new regime but going ahead this year we are likely to see the impact in the current year of improvement in indirect tax compliance.”

As for the protracted legal hurdles, Agarwal says the ball is in the court of the judiciary but the Government is setting up district courts for specific purposes like consumer protection and dispute resolution which will have a beneficial spillover. “Reforms in the acquisition of land and digitisation of land records will boost the confidence of investors. In the area of labour law reforms, we are moving to consolidate 44 laws into four labour codes which will further smoothen the processes,” says Agarwal.

With the global economic slowdown showing signs of impacting global investment flows, the Government may be betting big on its Budgetary proposal on external borrowings through the sovereign debt market. This has already stirred a hornet’s nest with a section arguing that while India can rely on foreign savings/funding to meet its investment requirements, higher reliance on external funding runs the risk of destabilising the economy. Agarwal dismisses the fears as premature. “Those who doubt the government’s intention can draw comfort from the fact that this will help the government swap high-cost domestic debt for cheaper international credit, thereby helping to reduce interest rates. Moreover, the Government is cognizant of the concerns over the proposal and would go ahead only when they have been looked into and addressed,” says Agarwal.

The Government is also banking on the big budgetary push to infrastructure development with a focus on roads, railways and restructuring of the National Highway Programme. According to Mark Delaney, chief investment officer, AustralianSuper which has put its money in the NIIF, India’s burgeoning infrastructure market is among the largest in Asia, which presents many opportunities for investment. The results are already showing. Singapore sovereign wealth fund GIC is expected to invest up to USD 621 million in the roads business of IRB Infrastructure Developers Ltd and there are more in the works.

Going ahead, new opportunities are emerging which have immense potential to draw FDI in India like renewable energy. More than US$ 42 billion has been invested in India’s renewable energy sector since 2014 and new investments in clean energy in the country reached US$ 11.1 billion in 2018. There is more to come with India’s solar power capacity growth pegged at 105.9 GW by 2028, up from 26 GW in 2018.

The Government has initiated a robust research and innovation culture complimented by the flagship programme “Start-up India” with 1.4 billion dollars fund for four years to create a startup ecosystem in India. The continuing digitisation of the economy in India is going to create many opportunities for international investors. As the talent and technology in the country become more and more integrated, it is going to need significant amounts of capital and proven investors like Goldman Sachs to see immense opportunity to bring more foreign investors and facilitate direct investment to India.

The road ahead has still many potholes restricting India’s easy access to foreign capital but the Government’s new determination supported by positive global forecasts of India’s potential should keep investor sentiment high. India, according to the World Bank, is still “the fastest-growing major economy in the world”, despite its slip to the seventh place in the global GDP rankings and will push past the 7 per cent mark as the impact of the measures unveiled by the government takes effect. That’s a lot of room for optimism.