Brazil and India: A peculiar relationship between two peculiar economies 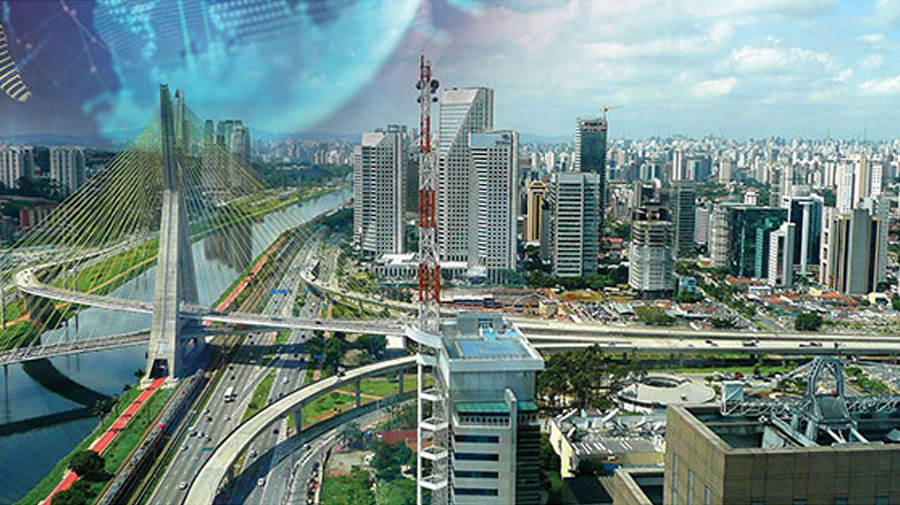 In 2018, Brazil and India celebrated 70 years of the establishment of their diplomatic relations. Over such a long period the two economies have experienced quite diverse paths.

The GDPs in the two economies are rather similar in value, but with increasing distance in recent years. In constant 2010 US dollars both economies had on average in 2014-2016 a GDP worth US$ 2.3 trillion. The average in 2016-2018 in Brazil remained the same, whereas in India this value went up to US$ 2.7 trillion[1].

Since there are five times as many Indians as Brazilians, this affects the comparison in per capita terms, with significant differences in demand patterns in the two cases.

This is mirrored, among other things, in the productive structure of the two economies. Agriculture is more than three times more important as a share of GDP in India (18%) than in Brazil (5%). This should not be a surprise, given that the percentage of arable land cultivated in India (53%) is much bigger than in Brazil (10%).

As per the involvement with international trade, the two countries have also experienced different trajectories. Merchandise trade as a share of GDP was rather similar in the two economies in 1990 (12% and 13% in Brazil and India, respectively). In 2016 those shares had evolved to 18% in Brazil and no less than 28% in India.

The net balance in merchandise trade also differs in the two cases. Brazil systematically presents an overall trade surplus, whereas the merchandise balance is historically negative in India.

This leads to another peculiar feature that differentiates the two economies. In India the deficit in merchandise trade is systematically compensated by the export of services.

In the two countries, the service sector is predominant in the productive structure, accounting on average, in 2014-16, for 72% of GDP in Brazil and 53% of GDP in India. However, since at least the year 2000, the share of external trade (exports and imports) in services on GDP has been systematically 2 to 3 times higher in India in comparison to Brazil.

A possible reason for that is the type of services produced in Brazil: mostly focused on final consumption in the domestic market. In India, differently, a good deal of services provide support to productive activities, hence are more easily exported.

These differences in demographic dimension, in productive pattern as well as in the intensity of involvement with external trade, coupled to different historical trajectories (even in terms of actual military engagement in conflicts with neighbor countries) and the geographical distance between the two countries, might suggest that the margins for bilateral relationship are too limited.

Yet there are potential complementarities between the two economies, as well as some similarities in their diplomatic performance.

In generic terms, with over one billion mouths to feed, India should not disregard the Brazilian capacity to offer primary goods. With low overall competitiveness Brazil could in principle benefit from the access to capacity building in services as well as in specific, manufacturing sectors. Exchange of technologies is always an issue to be considered.

The bilateral Brazilian export bill is far more concentrated than the Indian. In 2017 the one hundred most important products accounted for some 96% of bilateral exports from Brazil, whereas the one hundred most important bilateral imports accounted for 63%. Moreover, there are significant differences in the trajectory in recent years: in 2010 these figures were 95% for Brazilian bilateral exports and 80% for its bilateral imports: there has been a remarkable diversification of the Indian bill, whereas the Brazilian export composition remained rather constant.

A similar outcome is found in bilateral trade in services. In 2016 the three most important services exported from Brazil accounted for 58% of total bilateral transactions in services, whereas in the import side the figure did not surpass 47%.

These figures are bound to influence bilateral negotiations.

With regard to bilateral negotiations in services, it is not easy to identify what could be a Brazilian demand. From the Indian side, one might expect a focus on GATS Mode 2 (consumption abroad), as well as Mode 3 (commercial presence), given the relative importance of information and communication technologies, as well as services to support managerial activities.

On the merchandise, side negotiations seem to be more easily identifiable. As a matter of fact, the small list of products in the Mercosur-India agreement is indicative of the need for further negotiations.

Apart from bilateral negotiations, the two economies have other mechanisms to foster their approximation. Both countries have over time systematically been active vocals in multilateral fora, defending the interests of the set of developing economies.

First and foremost, both countries are members of the IBSA initiative. This group was formed five years before the BRICS and has (at least) two important positive dimensions.

This is a more homogeneous set of economies than the BRICS, with rather approximate degrees of industrialization. Also, the IBSA agenda comprises a few mechanisms to foster complementarity more easily identifiable than in the BRICS agenda. The margins for the convergence of interests seems to be wider than in other groups.

The formation of the BRICS group has somehow affected the dynamism of IBSA, as indicated by the seven or so years without a Summit. A recovery of the mechanism could provide new channels to facilitate complementarity between the two economies.

There is little doubt about the importance to be a member of the BRICS if seen from the viewpoint of potential opportunities. This group has, from its very beginning, systematically met a good deal of skepticism. But no one questions the potential of complementarity among its members, to be achieved from the moment the group is able to focus its common agenda more clearly and put into practice concrete actions that correspond to the interest of the five partners. A Brazil-India alignment in this group could be a major contribution in this regard.

The active role played by Brazil and India in the GATT and more recently in the WTO as representatives of the interests of the developing economies is widely recognized. It is inevitable that some specific differences remain in the negotiating positions, but when the very existence of such an important institution is being questioned, an explicit axis of resistance might contribute to the survival of the existing tools to discipline trade relations.

There are, hence, a number of arguments to motivate a more proactive identification of common interests and their conversion into effective action. The next seventy years of relationship could be far more intense in terms of stronger and easily identifiable economic links between Brazil and India.