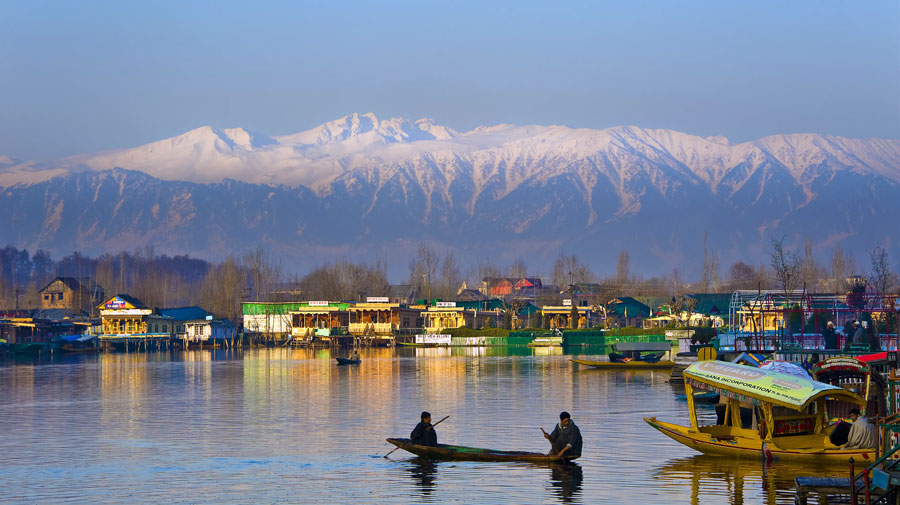 Paradise lost; paradise regained. In the Indian context, next on the agenda — paradise restored – as post the abrogation of Article 370, the Government gets down to laying a roadmap for the economic renaissance of Jammu and Kashmir with a major global investors’ summit. Sure, the dividends from reorganisation of the state with J&K as a Union Territory with legislature and Ladakh separated from J&K with the status of a Union Territory sans a legislature — with all the well-intended package – will unravel in time – but there is an overall broad and unambiguous acceptance that this bold move by the Modi government, supported by its domestic constituency and largely on a global level – has opened doors to rich possibilities of economic integration, development and prosperity for J&K and the nation at large.

It’s not that J&K has remained isolated from the dynamics of growth and development. There has been in place an Industrial Development Scheme (IDS) for Himalayan states including J&K under which incentives are provided to all eligible new and existing units for their substantial expansion anywhere in Himalayan states, the Pradhan Mantri Jeevan Jyoti Bima Yojana launched in May 2015 has seen gross enrollment of 3,15,534 people and claim amount disbursal of Rs 2.74 crore as on 31 December, 2018. The state is home to about 53 industrial estates and 32,226 small-scale industrial units with an investment of over $ 793 mn. The National Highway Infrastructure Development Corporation is developing five tunnels in the state at a cost of US$ 3.42 million with all-weather access which would be completed by 2024. According to the Department for Promotion of Industry and Internal Trade (DPIIT), cumulative FDI inflows to the state, from April 2000 to March 2018, were valued at US$ 6 million. The Government has also approved investment sanction for construction of Kiru HE Project (624 MW) at an estimated cost of Rs 4287.59 crore to accelerate the process of development of remote areas of Jammu and Kashmir.

However, J&K has seen only lukewarm interest from industry and businesses in the past and never witnessed a major investors’ meet and hence the outburst of interest from India Inc to do business in J&K and the rush to commit projects to post the abrogation of Article 370 and Article 35, is not business as usual. From fuel to telecom conglomerate Reliance Industries to tourism and hospitality majors, Indian companies are eyeing prospects of investing in long-term growth in the Kashmir economy whose full potential either as a global tourist spot for adventure, pilgrimage and health tourism, or as an economic hub for handicrafts, horticulture, floriculture, food processing and agro-based industries, remains largely unutilised.

According to industry sources, there is $ 3.89 billion of investment opportunity spread across 62 projects including $ 2.09 billion in solar PV projects in Leh and Kargil districts and others in hydel power, tunnel and FCI godowns. The three-day global investor’s summit in Srinagar in October is expected to put J&K on course correction and provide an opportunity to showcase its strengths and strategies.

More importantly, an ecosystem of innovation is making inroads into the Kashmir economy. Jammu and Kashmir has positioned itself in the category of ‘emerging’ states in India’s first ‘States’ Startup Ranking’ announced by the Department of Industrial Policy and Promotion (DIPP), Ministry of Commerce in December 2018. With J&K now home to 86 recognized startups under the “Startup India” initiative and a culture of innovation already in place, this ranking will strongly encourage J&K’s move towards strengthening the startup ecosystem in the state. This also effectively opens up J&K to healthy competition among states to further learn, share and adopt good practices and should drive India’s incubators and the innovation lobby to tap the emerging potential.

The biggest economic imperative for J&K and Ladakh is integration with the mainstream Indian economy and that can happen only through commercial flows of goods and services, investment and employment generation. India’s trade and investment stakeholders see this unfolding in a big way since the revoking of Article 370. “A gateway of opportunities opens up in J&K and Ladakh through the flow of investments into sectors like real estate, carpets, handicrafts, sports goods, horticulture and food processing, says Sharad Kumar Saraf, President, Federation of Indian Exporters’ Organisation (FIEO). “Shortcomings with regard to post-harvest food processing of apples, saffron, almond, walnut and other fruits and dry fruits, as well as the acute lack of health care and educational facilities in the state mainly due to lack of private sector participation could soon be overcome by this step taken by the government,” says Saraf.

A big advantage of the Jammu and Kashmir region including Ladakh is its strong potential for development with a wide range of natural resources and immense talent, which according to Saraf, needs to be cultivated through strong and dedicated efforts from the government, trade and industry including handholding of locals to push J&K’s growth rate and create livelihoods in the region. “This multiplier effect would increase employment opportunities, help get the troubled region to stand on its feet and contribute to India’s overall growth and development,” says the FIEO president, sharing FIEO’s plans to provide handholding to cater to the needs of the exporting community of both the region of J&K and Ladakh.

It is advantage J&K as the abrogation of Article 370 and Article 35(A) opens up the state to the many development opportunities enjoyed by other citizens of the country. First and foremost, J&K people will benefit from the Right to Education for all the residents of the state, irrespective of their gender, caste or any other such bias. Financial and banking services would also see an opportunity to disseminate advantage of welfare schemes launched by the Central government such as such Sukh Samriddhi Yojana, Pradhan Mantri Yojana and Ayushman Bharat. Going ahead, the Government is planning to route development initiatives through panchayat-level representatives in the state which will take development to the remote areas. It is late spring in the Valley and Ladakh but one with many newer green shoots of prosperity.