Sri Lanka: The Road to Recovery 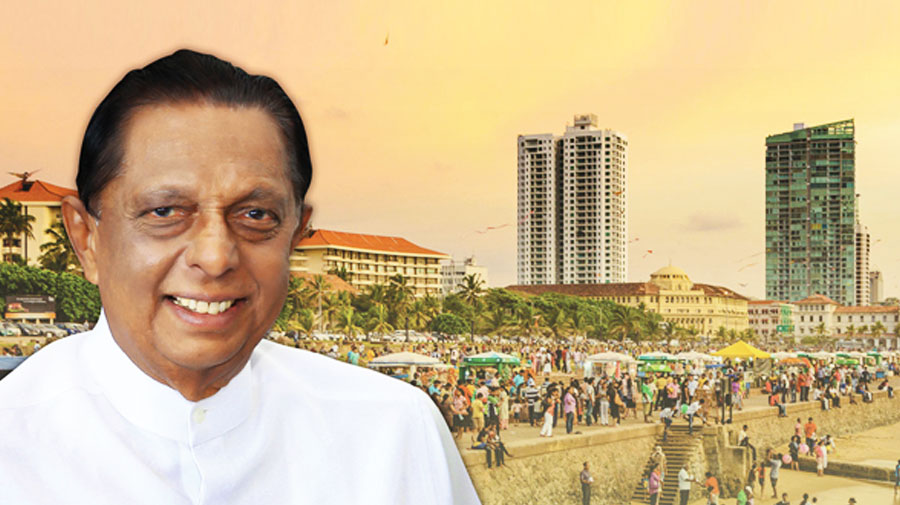 The deadly blasts in Sri Lanka on April 21, Easter Sunday killed at least 290 people and left hundreds more injured. The day after the deadly attacks, tourists were left struggling to leave the island nation, with hotels bracing for cancellations. Needless to say, Sri Lanka is quite popular with tourists from all over the world. Long haul travellers make up a large portion of visitors. Asia and Europe account for most of Sri Lanka’s entrances.

A continued breakdown in tourism following these attacks would deal a severe setback to the island’s economy, but Sri Lanka is committed that its tourism sector would recover from the setback.

Back with a Bang

In an effort to rebuild the Sri Lankan tourism, John Amaratunga, Minister of Tourism, Wildlife and Christian Religious Affairs visited India to tout his country as a safe destination for tourists.

Speaking on the sidelines of an event in Delhi, the minister not only acknowledged Prime Minister, Narendra Modi’s recent visit to Sri Lanka but also said the visit has lifted the potential for the country’s tourism sector.

“That was a great deal of support for Sri Lanka. It will specifically help us attract Indian tourists. He came and there was no risk in it. He also visited some of the churches that were damaged and it was a very fruitful visit,” said the minister.

“Sri Lanka is totally safe. I can give you that assurance. I am speaking based on the reports from our military and there is absolute peace in the country.”

The minister also discussed tourism incentives for Indians by releasing a package including tickets and hotels at a heavy discount rate of almost 50-60 percent.

Sri Lanka Tourism in collaboration with Sri Lankan Airlines, The Hotels Association of Sri Lanka (THASL) and inbound tour operators has introduced attractive packages, specifically targeting India, the number one source market, to revive the industry that had a temporary setback due to the recent incident. The package includes discounted airfare, accommodation, transport and more, ranging from 30 percent to 60 percent. This package is unique to India and can be availed across Sri Lankan Airlines’ network covering 12 cities in India with 123 weekly flights.

The five tour packages to Sri Lanka range from a combination of stays in Colombo, Kandy, Nuwara Eliya, Dambulla, Sigiriya and South Coast with multiple options to suit any budget. These offers will be valid for stays from June 10, 2019 to September 30, 2019 and can be availed through the travel agent network in India.

“We want the tourists to come back. It is important to build confidence. Revenue growth will follow and we are not worried about it,’ said Kishu Gomes.

As part of its expansion plans for the Indian sub-continent, Sri Lankan Airlines has initiated steps to promote the island nation as a complete tourist destination for leisure and business as well as MICE (meetings, incentives, conferences and exhibitions) tourism.

“India has been the number one source market to Sri Lanka over the past decade and in 2018 recorded over 4,00,000 visitors to the island. The national carrier Sri Lankan Airlines operates 123 weekly flights from key Indian cities and we believe such offers are quick to popularize across Indian cities,” said Dimuthu Tennakoon, Head of Worldwide Sales and Distribution (HWSD) of Sri Lankan Airlines.

Sri Lanka tourism is in the process to launch a massive global tourism promotion campaign to attract tourists back to the island country. Over 2 million people in the island country depend on the tourism industry through direct and indirect jobs.

Speaking on the socio-cultural communication and connections between Sri Lanka and India, John Amaratunga said that both the countries have been part of history through centuries.

“Ramayan has captivated many generations and had an intense impact on art and culture in the Indian subcontinent and Southeast Asia. Sri Lanka shares an exceptional link with India geographically, spiritually, historically, and culturally and the Ramayan is one such link.”

The minister said his country is ready to welcome visitors from all parts of the world. “Sri Lanka has beaches, ancient cities, jungles, and a rich history all coupled with friendly, accommodating people and some of the best food you will eat anywhere on the planet. One should definitely visit this picturesque island nation.”

The minister continued that Sri Lanka is an intriguing place to explore for its variety of religions and cultures. Over two-thirds of the population is Buddhist, with a large proportion of the remainder of Hindus, plus an even split between Muslims and Christians.

He also thanked the countries including India that have conveyed their support for Sri Lanka and provided support to his country.

If pristine beaches, misty mountains, stealthy leopards, rising waves, giant elephants, a royal past, divine tea and warm smiles could sum up a country, that would be Sri Lanka.

Everyone feels the magic of Sri Lanka differently. Some adore the everyday adventures, the flavours, the infinite sunsets, the constant state of celebration. Others are dazzled by the way every moment has the making of a memory. But most, are forever drawn to the way Earth’s favourite island calls to you always, to come and be inspired, every day.

The smiles and warmth of Sri Lanka are world renowned and so are its spicy food, exotic fruits and an array of sweetmeats found nowhere in the world. With so many cultures living next to each other life in Sri Lanka continues among a series of festivities throughout the year, a perfect recipe for excitement and relaxation.

It has no shortage of gorgeous awe-inspiring spots, natural, historic and cultural, each more picture perfect than the next.

And, therefore, Sri Lanka has been named as the best country in the world to visit in 2019 by Lonely Planet.