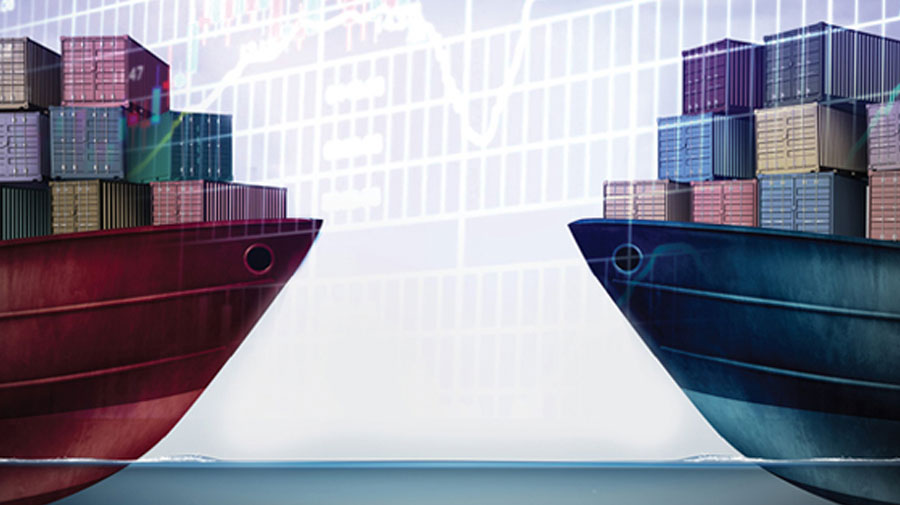 Indian diplomacy usually comes in for much praise from most quarters at home and abroad—especially “classic” diplomacy involving the management of political challenges, tensions and conflict situations.

Its achievements in other dimensions of diplomacy—economic and cultural in particular—have however traditionally been under-recognized. This is partly because Indian diplomats are not given much credit back home for their achievements in these fields even when there is much recognition and acclaim locally.

The Modi Government has been elected with a huge mandate, in large measure due to the hopes, aspirations and expectations of people that there would be a rapid improvement in their quality of life.

Mr. Modi himself seems to be in a hurry to fulfil these expectations in large measure during his tenure. And there is little doubt that his hopes of India becoming a five trillion economy, of achieving 8 percent annual growth of the Indian economy, etc, in the foreseeable future are dependent in good measure on the private sector—Finance Minister said as much in her maiden budget speech on June 4, 2019.

It is also recognized that the success or otherwise of Indian diplomats in delivering successes in terms of trade expansion, increased investment, technology transfers, solutions to India’s problems in agriculture, scientific research, food and energy security, exports, skill development, employment, health and education will play a role in determining the trajectory of the Indian story in the next few years. The government’s keenness to open diplomatic missions in most countries around the world is a reflection of this realization, apart from the priority accorded to strengthening links with the Indian diaspora.

Thus, diplomats with strong credentials for economic and commercial work have their work cut out for them.

They must be given space, encouragement and priority when performance assessments are made for their promotions or transfers. This has not always been the case.

They will also need to be re-skilled to the extent necessary from the point of view of India’s needs and the host country’s potential. For example, a generalist would not be able to work effectively in a country with untapped energy resources unless he understands the intricacies of the particular energy trade involved. They should be encouraged to be less inhibited in supporting and assisting the Indian private sector in its efforts to penetrate foreign markets. As of now, the quality of support Indian companies receive from missions varies from country to country and Ambassador to Ambassador. Generally, our diplomats are very restrained when it comes to backing an Indian company’s bid in an international tender, fixing up appointments or assisting in negotiations to clinch business or in a trade dispute scenario. This Is in sharp contrast to the aggressive way in which many other diplomatic missions support their companies, and must change; Indian Chambers of Commerce also need to change their tendency to simply follow the government when it has high-level visits or reaches agreements with another country. In today’s world, a pro-active private sector can set the agenda and even influence trade policies of governments; India is no exception.

Innovative approaches, new technologies and environment- friendly, cost-effective offers are increasingly preferred in deciding on new projects, and smart economic diplomacy will be on the lookout for them rather than routinely working for every Indian bid; Economic Indigenization in critical areas is essential, and often a well prepared diplomat could open the doors to timely intervention at the policy level which would further this objective. Thus, by way of example in the ICT domain, Pavitran Rajans suggests:

“The journey to complete indigenisation is some distance away as India lacks in chip foundries and hardware manufacturing.

What India has, is the largest trained manpower in software and a niche group of companies which have invested in foundational technologies like OS, Chip design, routers, firewalls etc.

We now need to do some nimble and pragmatic business deals wherein these technologies will need to be adopted by Western and Chinese companies globally for access to the Indian market. For example, a smartphone or networking appliance with a Western chipset, Chinese hardware and Indian OS with all source codes examined, compiled and guaranteed by Indian companies for India is the way forward.”

Similarly, the indigenisation of India’s huge defence requirements could be greatly assisted by alert and knowledgeable diplomats.

Then there is need to be sharp on multilateral issues as there is a multilateral dimension—and opportunities for India—accompanying almost every bilateral engagement. BIMSTEC, BBIN, BRICS, BSA, EU before and post-BREXIT, ASEAN, regional and sub-regional groupings in Latin America and Africa—an economic diplomat must be a multilateral animal if he is to perform well for his country.

As has been said elsewhere:

Economic diplomacy not only promotes the state’s prosperity but also, as occasion demands and opportunity permits, manipulates its foreign commercial and financial relations in support of its foreign policy – as in the case of sanctions against Iran. Accordingly, economic diplomacy is a major theme of the external relations of virtually all countries. At home, economic ministries, trade and investment promotion agencies, chambers of commerce, and of course foreign ministries, are all participants in economic work. Current trends include increasing collaboration between state and non-official agencies, and increased importance given to WTO issues, the negotiation of free trade and preferential trade agreements, and accords covering investments, double taxation avoidance, financial services and the like. Abroad, embassies, consulates, and trade offices handle economic diplomacy. The main focus is on promotion, to attract foreign business, investments, technology and tourists. Economic diplomacy connects closely with political, public and other segments of diplomatic work.

Then there are new issues on the international agenda such as terrorist funding and cyber security. Indian diplomats need to be extremely alert in recognizing and protecting India’s national interests even when it is not obvious that they are threatened.

Finally, economic diplomacy today means that government-announced priorities and policies should be repackaged and even adjusted in the interest of augmenting advantages to the country. Thus, “Make In India” should not preclude “Make With India” if that is the way to win the competition from third countries in South Asia or gain duty-free access to markets like the USA from Latin America. All in all, economic diplomacy gives great opportunities for creative thinking objective judgement, professional proactivism in close consultation with governments and the private sector,  as to how the national interest can best be served. Its time has come as India prepares to take off as a major power in the world.