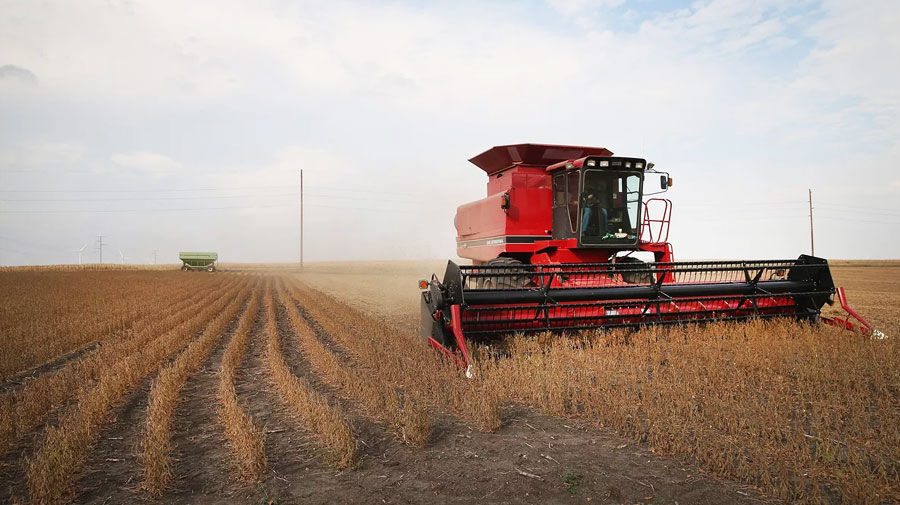 India and Africa together constitute about one-third of the world’s population and are seen as investment hotspots of the global economy and both have comparable agro-climatic and socio-economic conditions, which create the potential for enhanced cooperation in this sector.

The trading relation between India and Africa dates back to over thousands of years when Indian traders first sailed to the east coast of Africa in search of agricultural and animal products, gems and minerals. India is one of the fastest growing economies in the world at present and Africa is also experiencing rapid growth. Trade and investment has always been a critical dimension of the India-Africa relationship. India is Africa’s third largest trading partner, with over USD 70 billion  in trade and over USD 50 billion  in investment. Trade between the two regions has grown significantly from 5.63 Lakh MT in 2010-11 to 70.03 Lakh MT in 2018-19. The agricultural sector in Africa has great potential to contribute to this growth, with the continent having almost 60 percent of uncultivated land in the world and currently producing only 10 percent of the global output. India is committed to helping Africa implement its development agenda not only by providing credit facilities, but also through investments and partnerships in varied sectors, with agriculture as a frontrunner.

Africa has changed from a net exporter to a net importer of agricultural products. Up to the early 1990s, sub-Saharan Africa as a whole was a significant net exporter of agricultural products. With the resumption of growth and the mineral commodity boom in the 2000s, imports have risen sharply to exceed exports by over 30 percent. Agricultural land in Africa is approximately 40.52 percent of the total area. The African economy has been growing at an average rate of 7 percent from 2011–2013 and the agriculture sector contributes 32 percent to the GDP. On the other hand, approximately 60.48 percent of India’s total land area is agricultural area and contributes 15 percent to the GDP of the country. India has the maximum percentage (nearly 88 percent) of its agricultural area as arable land. Whereas Africa has only 19 percent of its agricultural area as arable land; its maximum agricultural land (nearly 80 percent) is under permanent meadows and pastures.

India’s Africa policy over the past few decades has oscillated between passive and reluctantly reactive at best. Strategic apathy toward the continent was obvious on many fronts. The Duty Free Tariff Preference (DFTP) Scheme announced by the government for Least Developed Countries (LDCs) has immensely benefited African nations and contributed towards steady increase in the trade figures by extending duty-free access to 98.2 percent of India’s total tariff lines. So far, 38 African countries earn the benefits of the DFTP Scheme. In March 2019, the Government of India proposed to Africa to enter a free trade agreement (FTA) or a preferential trade agreement (PTA). The AfCFTA provides an important opportunity for African countries in an increasingly globalised world. The elimination of tariffs in goods and services will help in boosting the economic growth of the African countries, transform their economies and achieve sustainable development goals (SDGs). Recently, 47 African leaders have signed a framework establishing  Duty Free Tariff Preference the African Continental Free Trade Area, the largest free trade agreement since the creation of the WTO.

Africa has changed from a net exporter to a net importer of agricultural products. Up to the early 1990s, sub-Saharan Africa as a whole was a significant net exporter of agricultural products. With the resumption of growth and the mineral commodity boom in the 2000s, imports have risen sharply to exceed exports by over 30 percent. In terms of commodity categories, cereals (including rice, maize and wheat) and livestock products (dairy and meat) represent more than 50 percent of Africa’s total food imports. ‘Non-traditional’ export products (flowers, semi-processed fruits and vegetables, and textile products), traditional products (coffee, cocoa, tea and spices) and tobacco constitute a major share of Africa’s agricultural exports.

Major agricultural commodities imported by Africa include cereals, Pulses, Oils and Spices etc. In terms of value, Africa imported agricultural products worth INR 122.86 thousand crore in FY 2019, wherein exports from India represented a meagre share of 16.34 percent. The year-wise trend for FY 2010 to FY 2019 shows that India’s bilateral trade with Africa was limited to five major product categories in these years: cereals, sugar and sugar confectionery, coffee, spices and cereals, followed by sugar and sugar confectionery, being the prominent product categories imported from India. India majorly exported Non-Basmati rice to Africa with the share of 57.00 percent followed by Sugar (23.25 percent), Basmati Rice (6.10 percent), Spices (5.07 percent) and Coffee (2.28 percent). While India’s import growth has not been as high as expected, in contrast, the value of agricultural exports has increased rapidly during the years since 2010. Over the entire period, India’s major agri commodities export to Africa over total agri export have grown about four fold.

In order to foster greater and concerted participation, few of the hindrances need to be worked out judiciously. The first major block is the high transport & logistic cost owing to which Indian exporters prefer to sell their goods on a ‘free on-board’ basis instead of ‘on-delivery’. Indian exporters also cite poor business environment and lack of access to buyers as another major impediment in trade. Firms find it difficult to acquire the necessary visas and permits required to set up operations in Africa. This is particularly important for information technology firms who are looking to partner with and expand operations in the African continent.

Finally, the semblance of the agrarian economy in both India and Africa with the dependency of the majority of the population for livelihood offers a plethora of bilateral growth opportunities. The importance of Africa as a major growth partner of India’s economic expansion could be further ascertained by the fact that out of the 10 fastest growing economies at least five are in Africa. The greater socio-economic partnership of India & Africa is expected to significantly strengthen India role in the global economy as Africa provides a consumer market with 1.7 billion people, over USD 6.7 trillion consumer market and investment opportunity of over USD 100 billion a year spread across 55 countries. If proper incentives are provided and key impediments are resolved, India could be a key investor in agriculture, healthcare and pharmaceuticals, textiles, automobiles, banking and financial services, information technology, energy and infrastructure.